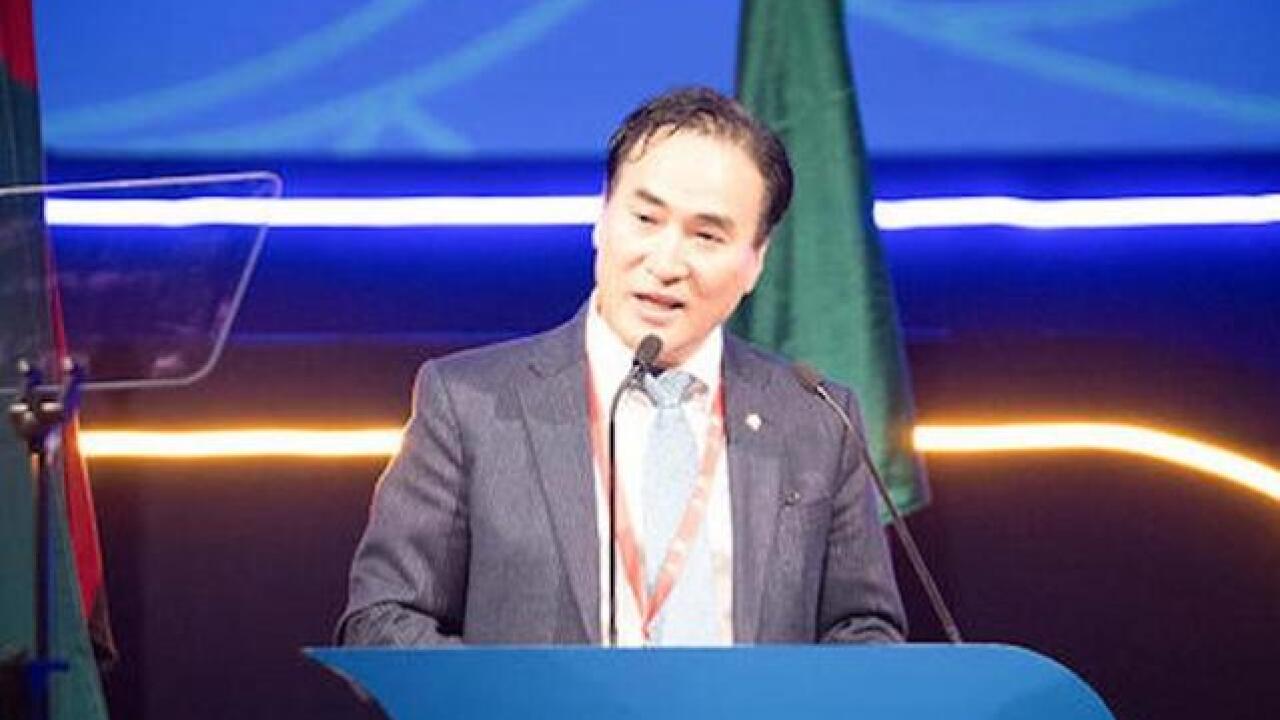 Alexander Prokopchuk, a former Russian Interior Ministry official had been expected to be elected president, but critics opposed his nomination, accusing Moscow of using Interpol's systems to target and pursue the Kremlin's political foes.

On Monday a bipartisan group of US senators released a letter saying the election of Prokopchuk would be "akin to putting a fox in charge of a henhouse."

Kim was elected at the 87th session of the organization's General Assembly in Dubai, which gathered around 1,000 senior law enforcement officials from across the globe. Kim will serve as president for the remainder of the current mandate, until 2020.

US Secretary of State Mike Pompeo had endorsed Kim, a South Korean police official, to replace former president, Meng Hongwei, who was recently detained on his return to China.

Chinese authorities later announced Meng was being held and investigated for alleged corruption. Meng, who was also a vice minister of public security in China, has been accused of accepting bribes and committing unspecified other crimes.

A statement from Interpol's Secretary General Jurgen Stock dated October 6 said the organization had requested "clarification" from the Chinese authorities on Meng's status.

"Interpol's General Secretariat looks forward to an official response from China's authorities to address concerns over the President's well-being," the statement said.

In his first public comments since Meng went missing, Stock told a news conference earlier this month that the organization had to accept its former president's resignation.

"There's no reason for me to suspect that anything was forced or wrong," Stock said,  according to reports.

On Monday, ahead of the General Assembly, Human Rights Watch criticized the police organization's "curious unconcern about its disappeared ex-chief."

"This is extremely disappointing and worrying behavior from an organization that is supposed to protect people from abuses of power, not aid and abet such infringements," a spokesperson for Grace Meng said.

While the president's role is "to chair the General Assembly and Executive Committee sessions," rather to run the organization day-to-day, according to a statement released by Interpol, it remains an influential position.

The appointment establishes the agency's working committees and "has an influence on policy," Louis Shelley, a transnational crime expert and director of the Terrorism, Transnational Crime and Corruption Center at George Mason University, told CNN ahead of Kim's election.

"It's not as if it's just some figurehead," Shelley said at the time, arguing that, had the Russian been elected it would have "totally (politicized) the organization" turning it into "a political tool of an authoritarian government."