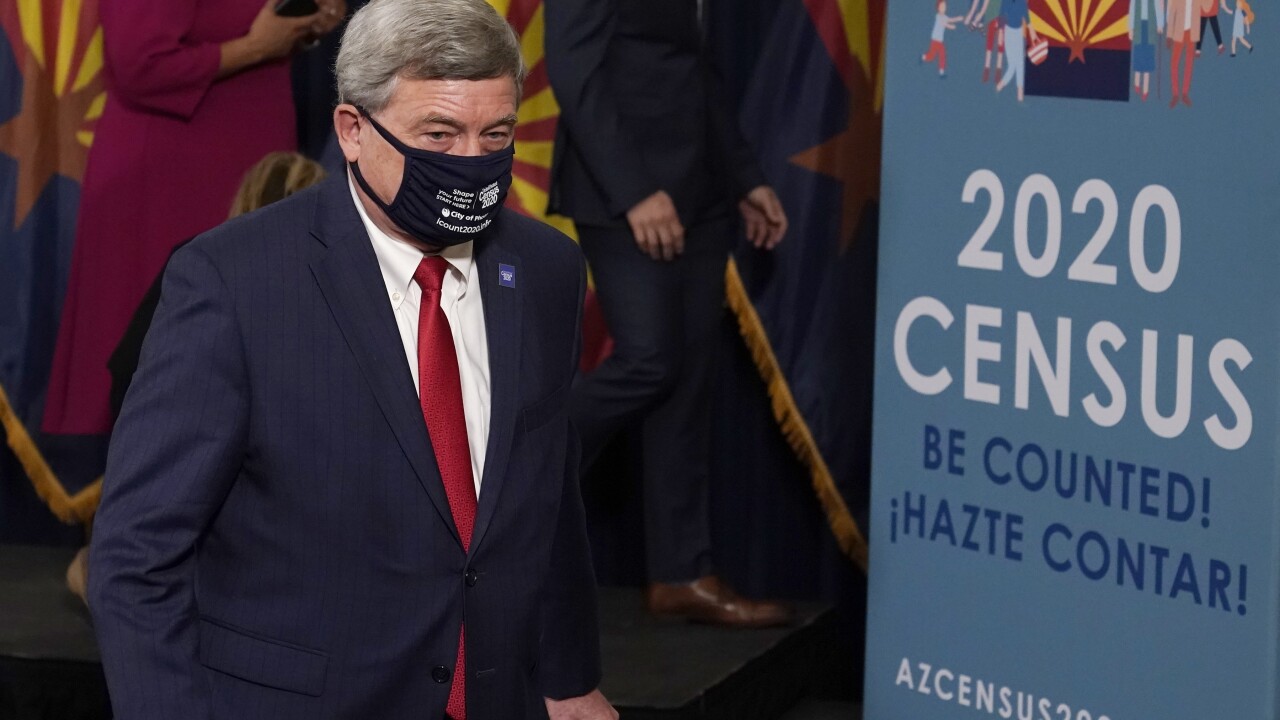 Copyright 2020 The Associated Press. All rights reserved
Ross D. Franklin/AP
U.S. Census Director Steven Dillingham departs a census news conference to urge Arizonans to participate in the nation's once-a-decade population count Thursday, Sept. 17, 2020, in Phoenix. Ending the 2020 census at the end of September instead of the end of October, could cost Florida and Montana congressional seats and result in Texas, Florida, Arizona, Georgia, and North Carolina losing $500 million in federal funding for healthcare for its neediest residents. (AP Photo/Ross D. Franklin, Pool)

The director of the Census Bureau says irregularities have been found during the numbers-crunching phase of the 2020 census.

Thursday's announcement makes it less likely the statistical agency can meet a year-end deadline for handing in numbers used for divvying up congressional seats.

The Census Bureau already was facing a shortened schedule of two and a half months for processing the data collected during the 2020 census — about half the time originally planned.

“These types of processing anomalies have occurred in past censuses,” Census Bureau director Steven Dillingham said in a statement. “I am directing the Census Bureau to utilize all resources available to resolve this as expeditiously as possible. As it has been all along, our goal remains an accurate and statistically sound Census.”

The Census Bureau wouldn’t say Thursday what the anomalies were or publicly state a new deadline for the apportionment numbers.

Missing the Dec. 31 deadline for turning in the apportionment numbers would be a blow to President Donald Trump’s efforts to exclude people in the country illegally from being counted in the numbers used to determine how many congressional seats each state gets and how $1.5 trillion in federal spending is distributed.

Once the president receives the numbers by the Dec. 31 deadline, the president has about a week or so from the start of the next Congress to transmit them to the House. If the Census Bureau delays turning in the apportionment numbers because of the processing problems, that transfer of the numbers could take place after President-elect Joe Biden takes office.

Trump’s apportionment order has been found unlawful by three courts — in New York, California and Maryland. The Justice Department has appealed to the Supreme Court, which is hearing arguments at the end of the month.