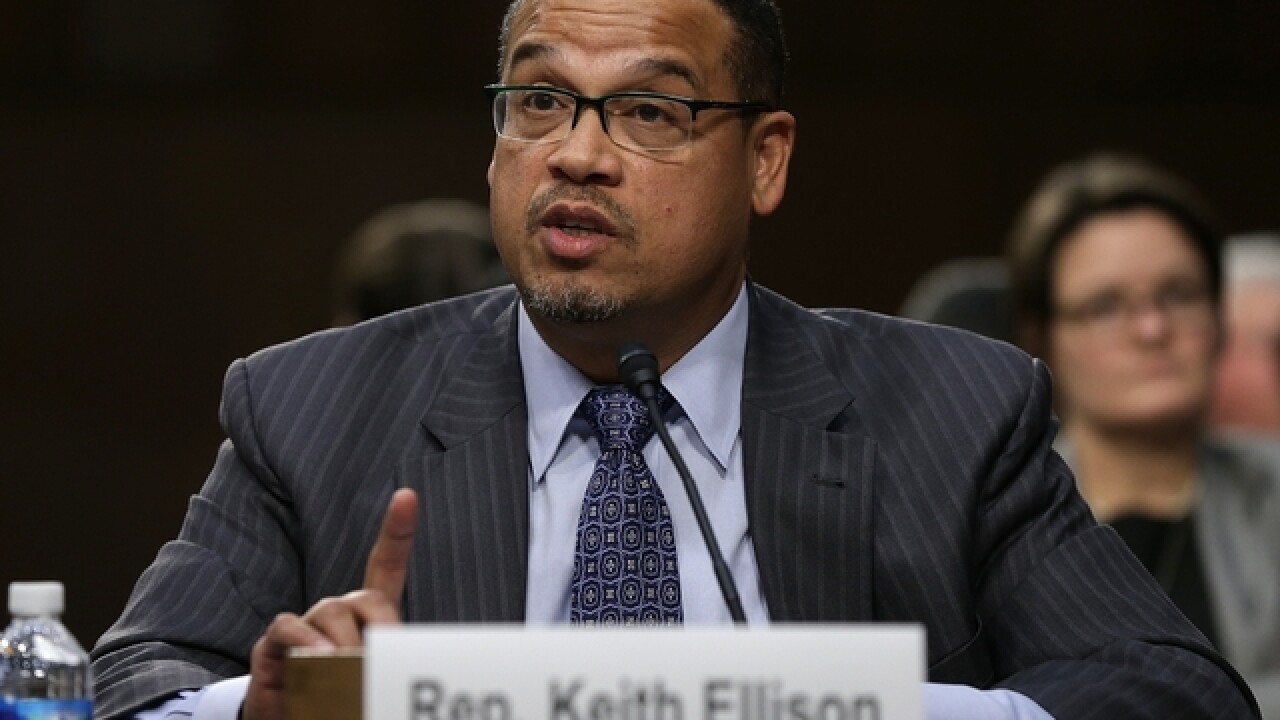 Minnesota Rep. Keith Ellison is considering an exit from his position as deputy chair of the Democratic National Committee. His comments come as he continues to defend himself against allegations that he abused his former girlfriend, Karen Monahan.

Speaking to Minneapolis radio station WCCO, Ellison says he needs to focus on his current race to become Minnesota's attorney general, which is why he might leave the DNC post he has held since 2017.

"You know, I've been evaluating that recently so we'll see. I need to put 100% of my time, energy and resources into the race and my office, so it is something I am taking into consideration," Ellison said. The Minnesota lawmaker did not say whether his decision would be influenced by the abuse allegations -- which Ellison has denied.

The charges against Ellison surfaced in a Facebook post by Monahan's son, Austin. The son claimed he saw a video that allegedly showed Ellison cursing at his mother while trying to drag her off a bed. Ellison told WCCO, the video "couldn't possibly exist because what is alleged didn't happen."

Monahan, who has repeatedly referenced the video in her allegations against Ellison, declined to share the video with CNN. Monahan told CNN in August she put the video on a flash drive and packed it up in her previous home and couldn't immediately find it because it was in storage.

Days after the allegations were made, Ellison won the Democratic party's primary to be the nominee for Minnesota attorney general.

According to a report first published by the Associated Press, an attorney hired by the Minnesota's Democratic-Farmer-Labor Party to investigate the allegations said the claim of physical abuse could not be substantiated. The party has referred the matter to local authorities, but the Minneapolis Police Department said they cannot investigate due to a conflict of interest. The department said it is talking with other law enforcement agencies about referring the case.

Ellison said in a statement that he cooperated with that investigation and would do the same with others in the future. He has asked the House Ethics Committee to investigate the allegations.

Prior to the abuse allegations made in August, Ellison decided not to run for re-election for his seat in Congress in order to run for Minnesota attorney general.