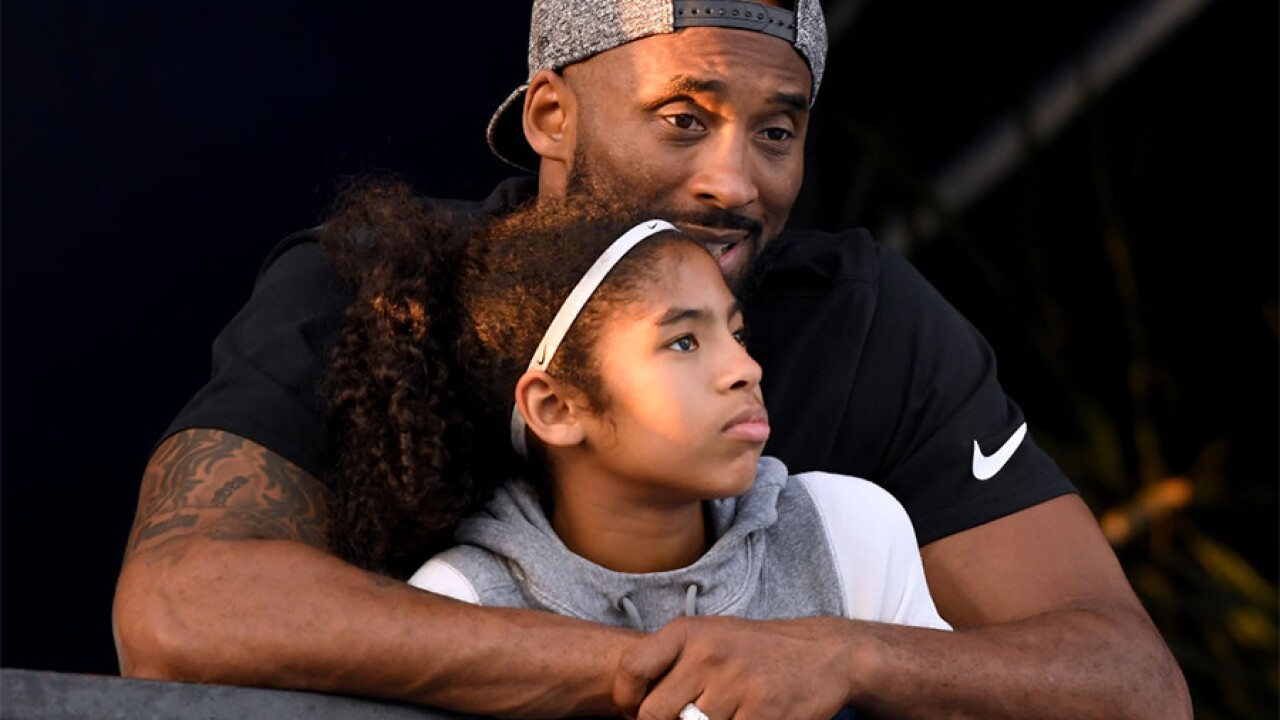 An Entertainment Tonight report said the family held a private funeral Feb. 7 at Pacific View Memorial Park in Corona Del Mar. The Los Angeles Times reports that the service was originally planned for Westwood Village Memorial Park but was changed.

Bryant, 41, his daughter, 13, and seven others were killed Jan. 26 when the helicopter they were in crashed into a hillside in Calabasas. The group was traveling from Orange County to Thousand Oaks for a basketball game at Bryant's Mamba Sports Academy.

"Vanessa and the family wanted a private service to mourn their loss," reported ET, citing a source. "The ceremony was extremely hard for everyone as it's still hard for them to grasp they lost two beautiful souls."

A public memorial has been scheduled for Bryant and Gigi at the Staples Center in downtown Los Angeles on Feb. 24. The date, 2-24-20, holds special meaning for his wife.

" #2 , #24 , #20 years as a Laker and the amount of years Kob and I were together," Vanessa Bryant wrote in an Instagram caption. Gigi wore the number two on her team at the time of her death, Kobe donned the number 24 in his final years as a Los Angeles Lakers star.

Bryant and his daughter are survived by his wife, Vanessa, and their three other children: Natalia, 17, Bianka, 3, and Capri, 7 months.

Kobe's widow has described the difficulty of coping with the death of her husband and daughter on her Instagram page.

"I've been reluctant to put my feelings into words," she wrote on her Instagram account . "My brain refuses to accept that both Kobe and Gigi are gone. I can't process both at the same time. It's like I'm trying to process Kobe being gone but my body refuses to accept my Gigi will never come back to me.

"I know what I'm feeling is normal. It's part of the grieving process. I just wanted to share in case there's anyone out there that's experienced a loss like this. God I wish they were here and this nightmare would be over. Praying for all of the victims of this horrible tragedy. Please continue to pray for all," Vanessa wrote.

This story was originally published by Mario Sevilla at KGTV.