College athlete fatally shot, once dated her killer and had reported him to police, authorities say 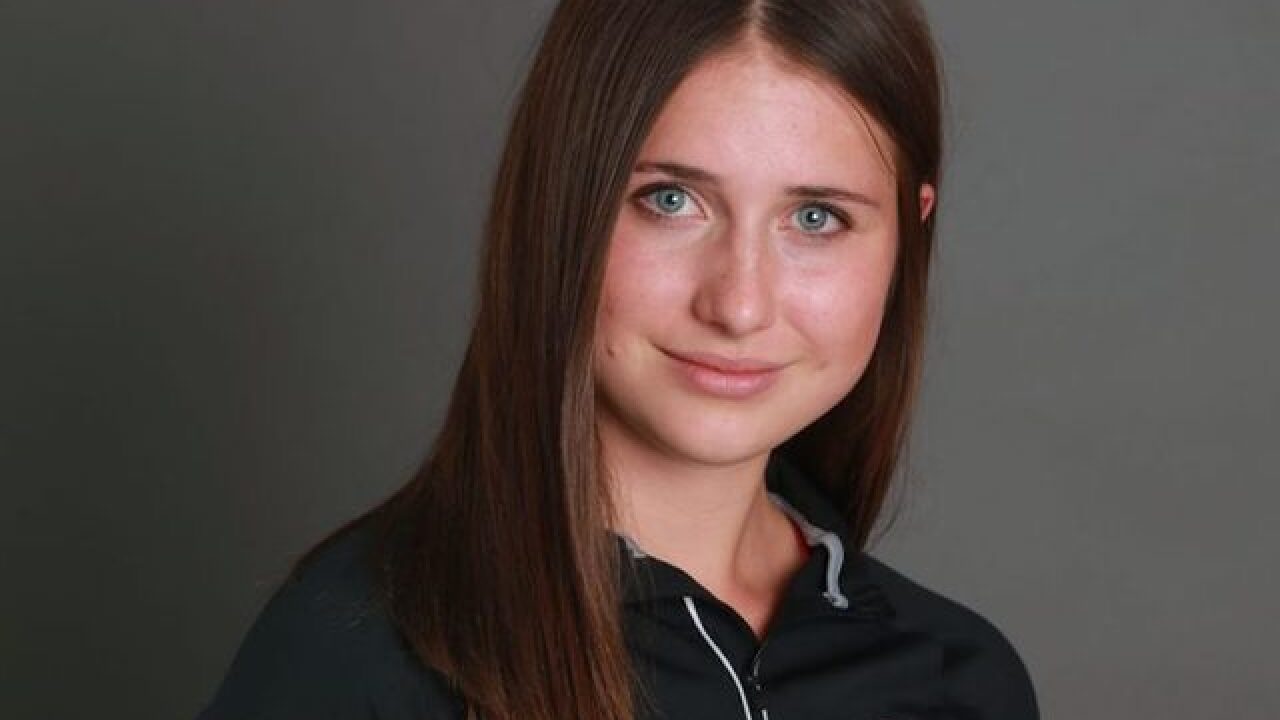 A University of Utah track athlete was shot dead on the campus Monday night by a man she reportedly had dated and complained to police about, authorities said.

University police found Lauren McCluskey's body in the back seat of a car on campus after her worried mother called police, according to university Police Chief Dale Brophy. McCluskey, 21, apparently had a dispute with the man, identified as Melvin Rowland, 37, university Police Lt. Brian Wahlin said.

The shooting led police to lock down the campus for hours while they searched for the suspect. Brophy said someone picked the suspect up from campus after the shooting.

Early Tuesday, Salt Lake City Police saw Rowland in downtown Salt Lake City and briefly chased him, Brophy said. Brown said Rowland slipped in to the back door of a church, where he was later found dead from a self-inflicted gunshot.

"This isn't right," Mark Harlan, the school's athletic director, said Tuesday of the death of McCluskey, a Pullman, Washington, native.

Suspect was a registered sex offender

Rowland was a registered sex offender, according to the Utah Department of Corrections said.

He was convicted in 2004 on a felony charge of enticing a minor and attempted forcible sexual abuse, also a felony, according to the Utah Department of Corrections sex offender registry. His release date was listed as 2013.

In a statement released on Twitter, Jill McCluskey said her daughter dated Rowland for about a month, but she ended the relationship on October 9 after a friend told her about Rowland's criminal history.

"He lied to her about his name, his age, and his criminal history," Jill McCluskey said in her statement.

Rowland had borrowed her daughter's car, and she asked police to accompany her to retrieve the vehicle on October 10, according to her mother.

"She blocked his and his friends' phone numbers and complained to University of Utah police that she was being harassed," the statement said.

Shortly before 9 p.m. Monday, McCluskey said, she was on the phone with her daughter, who was going back to her apartment after her night class.

"Suddenly, I heard her yell, 'No, no, no!' I thought she might have been in a car accident. That was the last I heard from her," she said in the statement.

Her husband called 911, McCluskey said, and she kept the line open.

"In a few minutes, a young woman picked up the phone and said all of Lauren's things were on the ground," she wrote.

Brophy confirmed that around 8:30 p.m., police "received a phone call from a frantic mother telling us something happened to her daughter."

Brophy said there were police reports filed on October 12 and October 13 in Lauren McCluskey's case.

"It was assigned out to a detective. The detective had been in contact with Ms. McCluskey, and they were working to build a case against our suspect at that time," Brophy said Tuesday, declining to discuss further details.

Brophy told reporters on Tuesday police didn't have a current address for Rowland, but a department of corrections spokeswoman said he was living at the address listed in the sex offender registry.

Asked about the October 10 incident when McCluskey asked for help retrieving her car, Brophy said police "are still working on tracking that report down, whether it was us or another agency."

'She was dearly loved'

In high school, McCluskey was the Washington state champion in the high jump and held her high school's 100-meter hurdles record, the statement from her mother said.

She competed as a pentathlete, but she had started to specialize in jumps, according to Harlan, the athletic director.

A senior communication major with a 3.75 GPA, McCluskey was scheduled to graduate in May 2019, her mother wrote. Her daughter also attended Capital Church in Salt Lake City.

"She loved to sing and had strength and determination. She was dearly loved and will be greatly missed," the mother's statement said.

McCluskey is the second University of Utah student to be shot dead in the past year. Last October, ChenWei Guo, an international student, was fatally shot during an attempted carjacking. Austin Boutain, 25, confessed to aggravated murder in September and was sentenced to life in prison without the possibility of parole, according to CNN affiliate KUTV.

A campus vigil for McCluskey is planned for Wednesday.

"We are at a loss for words to say and prayers to pray. So, we look to the Lord for his comfort and grace," McCluskey's church wrote in a Facebook post.