Man apologizes for yelling 'Heil Hitler! Heil Trump!' during a performance of 'Fiddler on the Roof' 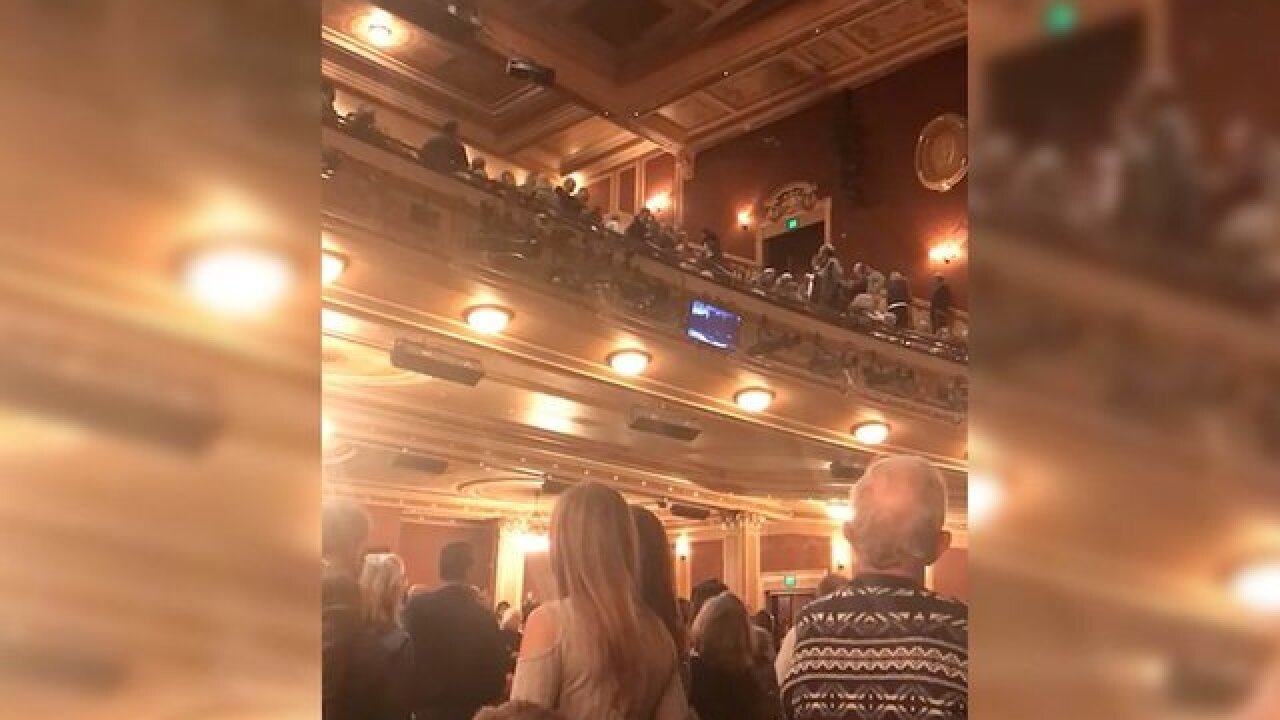 © 2018 Cable News Network, Inc.
Rich Scherr/Facebook
<p>Audience members react to a man's outburst during an intermission of "Fiddler on the Roof" in Baltimore.</p>

A man says he's sorry for causing a commotion in a Baltimore theater last week by yelling "Heil Hitler! Heil Trump!" during a performance of "Fiddler on the Roof."

"I opened my mouth and it was so wrong. I know that now," the man told CNN affiliate WBAL. "I don't know what I was thinking. I'm so ashamed."

The man, identified in a police incident report as Anthony M. Derlunas, 58, told WBAL and the Sun that he's actually anti-Trump and anti-hate.

He told the Sun that the musical reminded him of Trump's immigration policies. His comparison "came out wrong" and was "beyond a mistake," he told the newspaper.

The outburst comes at a time of a dramatic spike in anti-Semitic incidents in the United States and follows last month's Pittsburgh synagogue shooting in which a gunman killed 11 worshippers.

"Fiddler on the Roof" is an award-winning musical based on the "Tevye" stories by Sholem Aleichem, about a Jewish family facing persecution in Tsarist Russia.

The final scene before intermission reminded the man of his hatred for Trump, according to a police report of the incident, and he then stood up to yell "Heil Hitler! Heil Trump!"

Rich Scherr, a contributor for The Baltimore Sun, witnessed the man, who was seated in the upper balcony, shouting the pro-Nazi salute.

"Several people in the audience began running toward the exits," Scherr told CNN. "I personally thought I was about to hear gunshots."

Scherr, who later posted a video from the incident on Facebook and Twitter, said the man went on to shout other things before security took him out. The show resumed 10 minutes later.

It is not possible to discern what the man was saying from the video, which shows audience members' apparently concerned reactions.

Samit Verma, a journalist at Voice of America, was seated in the balcony on the right side of the theater with his wife when he heard the man shouting.

"I initially could not make out what the man was saying, but as more people exited the main theater I could clearly see him making a Hitler salute and yelling 'Heil Hitler!' " Verma told CNN. "Everyone around me appeared quite shaken by the experience, and some people were in tears."

Another audience member, Heather O'Hare, said everyone was shuffling and getting up to go to the restroom during the intermission when she heard the disturbance.

"People in the front orchestra seats started to turn and look up at the balcony, and someone started shouting back: 'Go Home, Nazi!' " she said.

"We were kind (of) confused and numb about what actually was happening, but several audience members were palpably upset and decided to leave during the intermission break. The entire right half of the row in front of me was gone after Act One."

'Many Jewish families ... were visibly shaken'

Kasey Chisholm was in the lobby with her father during intermission when the outburst occurred. She saw security swarm in and escort the man out.

"We found out what he had been yelling when we returned to our seats," she said. "Many Jewish families were around our seats and were visibly shaken."

Connor Drew was also in the lobby at the time. When he returned to his seat, he said he saw a woman next to him "shaking while on the phone with her son."

In a statement released to CNN affiliate WJZ, the Hippodrome Theatre said, "Behavior like we saw during intermission at Wednesday evening's performance is not, and will not be, tolerated.

"The Hippodrome's on-site security team, along with our usher staff were able to remedy the situation and remove the offending audience member quickly, coordinating efforts with local police, who met the man as he was escorted out of the building."

Police found Derlunas standing outside the theater "in a calm manner" with a female companion, according to the police incident report. Officers spoke with the two and they were allowed to leave the area.