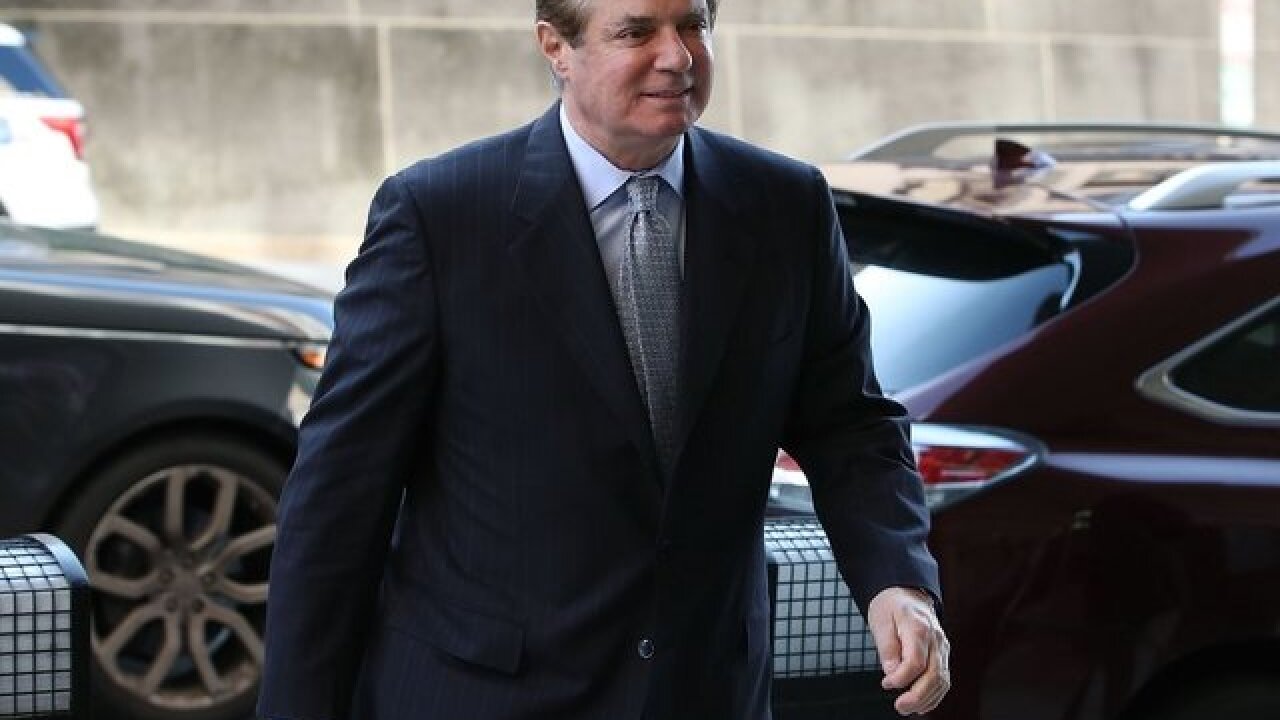 Paul Manafort has "breached" his plea agreement with the Justice Department by lying to the FBI and special counsel Robert Mueller's office two months after he started cooperating in the Russia probe, prosecutors  said in a new court filing  Monday.

The filing was an astonishing break from the bare-bones updates given by the special counsel's office in other cases where cooperators continue to help Mueller pursue Russian interference in the 2016 US election and alleged coordination with the Trump campaign.

The brief but remarkable development indicates that not only has the former Trump campaign chairman shared extensive information with Justice Department prosecutors since he began cooperating, but that prosecutors also believe they are able to verify or refute that information. And it signals that Mueller's team may be prepared to reveal the depths of what they have learned.

Manafort lied "on a variety of subject matters," violating his plea agreement, prosecutors allege in the three-page filing signed by both the defense team and the prosecution. The special counsel's office says it will provide more details at a later date.

Both sides ask the judge to now move Manafort's case toward sentencing.

The filing says Manafort does not agree with prosecutors' assertion that he has lied.

"He believes he has provided truthful information and does not agree with the government's characterization or that he has breached the agreement," it says.

It's rare for criminal defendants' cases to near their end in this manner. Large-scale criminal conspiracy investigations are often built around prosecutors' ability to turn criminals into cooperators, who guide them to other, more significant targets or testify against their former colleagues in court.

It's not immediately clear what impact the development has on Mueller's work or on other possible criminal cases. But the announcement raised the possibility that President Donald Trump could again see Manafort as an ally and antagonist of Mueller, and consider pardoning him.

Manafort pleaded guilty to conspiracy and witness tampering on September 14, almost a year after he was first charged and following his conviction by a jury in a separate but related case on eight tax and banking crimes.

Manafort, though he has not made public statements since his plea, was thought to be the star cooperator in the special counsel's ongoing probe. In September and October, he met with Mueller's team at least nine times, amounting to hours of discussions.

As part of his plea deal, Manafort admitted to committing a host of money laundering and foreign lobbying crimes and fraud, giving the federal prosecutors leverage over him. The cases that Mueller's team brought against Manafort largely focused on his Ukrainian political consulting work, his US lobbying over the last decade and the financial management of his business proceeds. Except for one aspect of their bank fraud case, in which Manafort appeared to dangle access to the Trump campaign in exchange for a bank loan, the cases did not publicly describe Manafort's work as campaign chairman.

For more than a year now, Manafort has been at the heart of several unresolved threads of the Mueller investigation. He had been in the room for the Trump Tower meeting with Russians who touted they had incriminating information about Hillary Clinton; he had allegedly offered private briefings on the campaign to a Russian oligarch to whom he was indebted,  according to The Washington Post ; and he had overseen the Trump campaign in the months when Russian military intelligence allegedly hacked Democratic Party officials.

One of Manafort's closest business contacts for several years has been Konstantin Kilimnik, a Russia-based political operative who prosecutors have alleged has ties to the same Russian military intelligence service that allegedly hacked the Democrats.

Manafort has been held in a Virginia jail since June, after he and Kilimnik were accused of attempting to tamper with possible witnesses before his trial. Kilimnik, though also charged by Mueller, has not surfaced in the US court system.

When he was last seen in public, in a Virginia federal courtroom about a month ago, Manafort was in a wheelchair and suffering from a health issue similar to gout. He'll be sentenced in February in his criminal case in Virginia, which he took to trial and lost. It's not clear how Monday's development might affect his situation there.

Even though Mueller's team alleges he's breached his plea agreement, Manafort must comply with the prosecutors' demands going forward. With a circumstance like this, only one side of the deal gets torn up -- and that's the prosecutors' promises of mercy, they said in the filing Monday.

The judge in DC District Court who received the update Monday night has not yet weighed in, and a sentencing for Manafort's guilty plea has not yet been scheduled.