Minneapolis police chief on George Floyd's death: Not intervening to me you're complicit 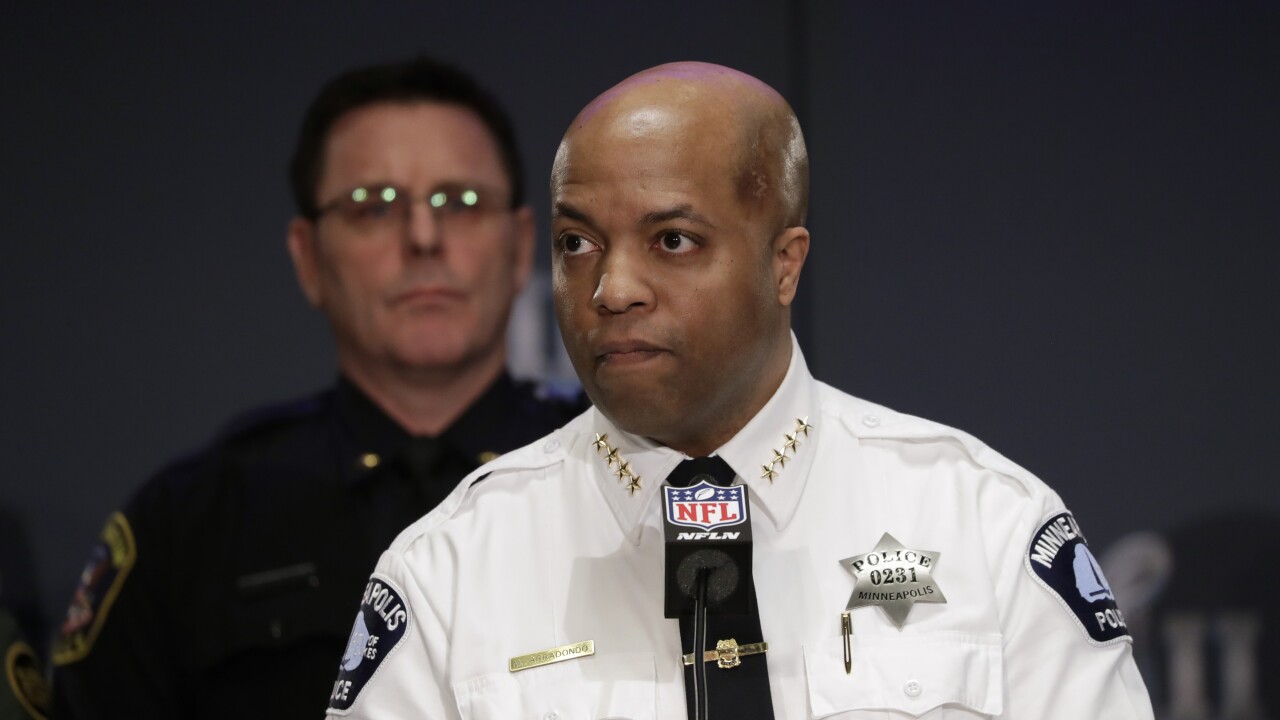 In an emotional scene that played out on CNN Sunday evening, Chief Medaria Arradondo of the Minneapolis Police told George Floyd’s family that all four officers involved in Floyd’s death are “complicit” in his death.

While members of Floyd’s family listened in live, the family wanted to know what should be done with the officers who watched as Derek Chauvin held a knee to Floyd’s neck for nearly nine minutes. Moments after Floyd's arrest, Floyd was pronounced dead at a Minneapolis hospital.

Standing among those paying tribute to Floyd in Minneapolis Sunday evening, Arradondo removed his hat as he addressed the Floyd family directly for the first time since last week’s tragedy.

Chauvin was charged with murder earlier this week.

"To the Floyd family: being silent or not intervening to me you're complicit. So I don't see a level of distinction any different,” Arradondo said. “So obviously the charging and those decisions will have to come through our County Attorney's office. Certainly the FBI is investigating that. But to the Floyd family, I want you to know that my decision to fire all four officers was not based on some sort of hierarchy. Mr. Floyd died in our hands.”

The moment can be watched below.