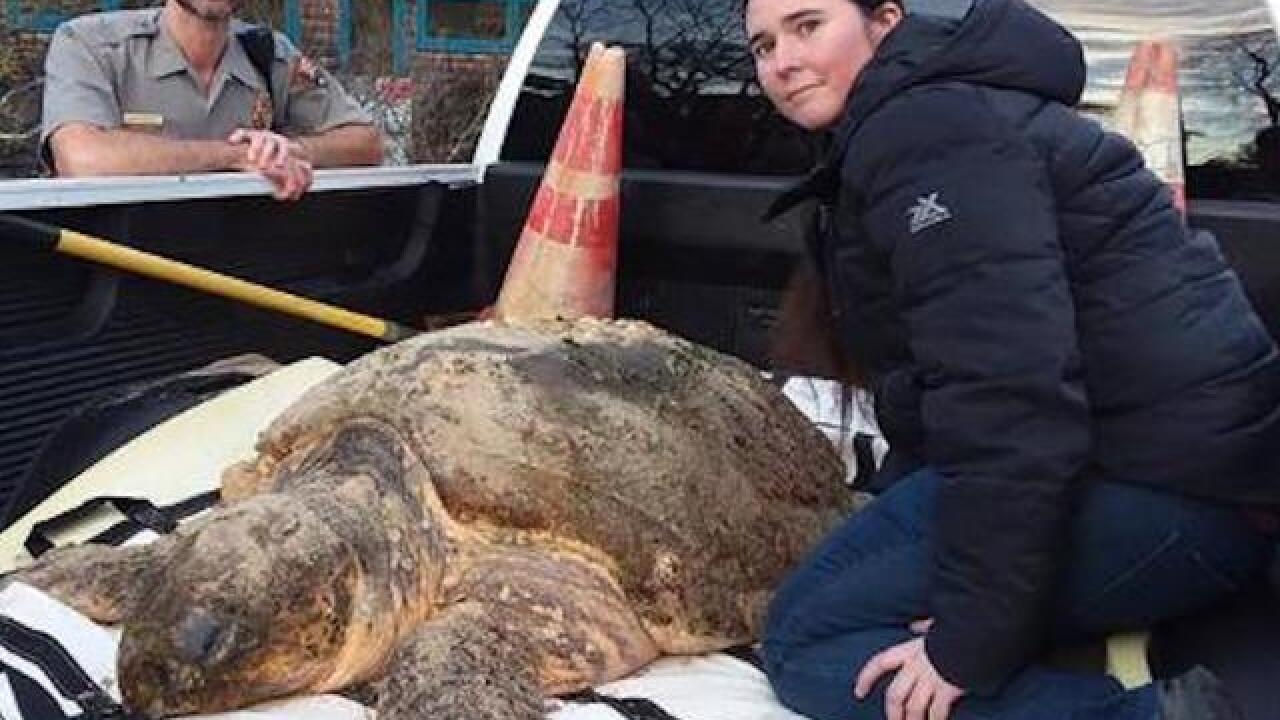 A total of 173 sea turtles died off Cape Cod, Massachusetts, this week because of the extreme cold, according to Mass Audubon Director Bob Prescott.

But this was many more than they expected, he said.

"This was way too cold," Prescott said. "Everything was slushy by yesterday morning. Some of them are small. It didn't take long for them to freeze."

Prescott told CNN he attributes the deaths of the turtles to global warming.

"The Gulf of Maine prior to 2010 was too cold for sea turtles to come into," he said.