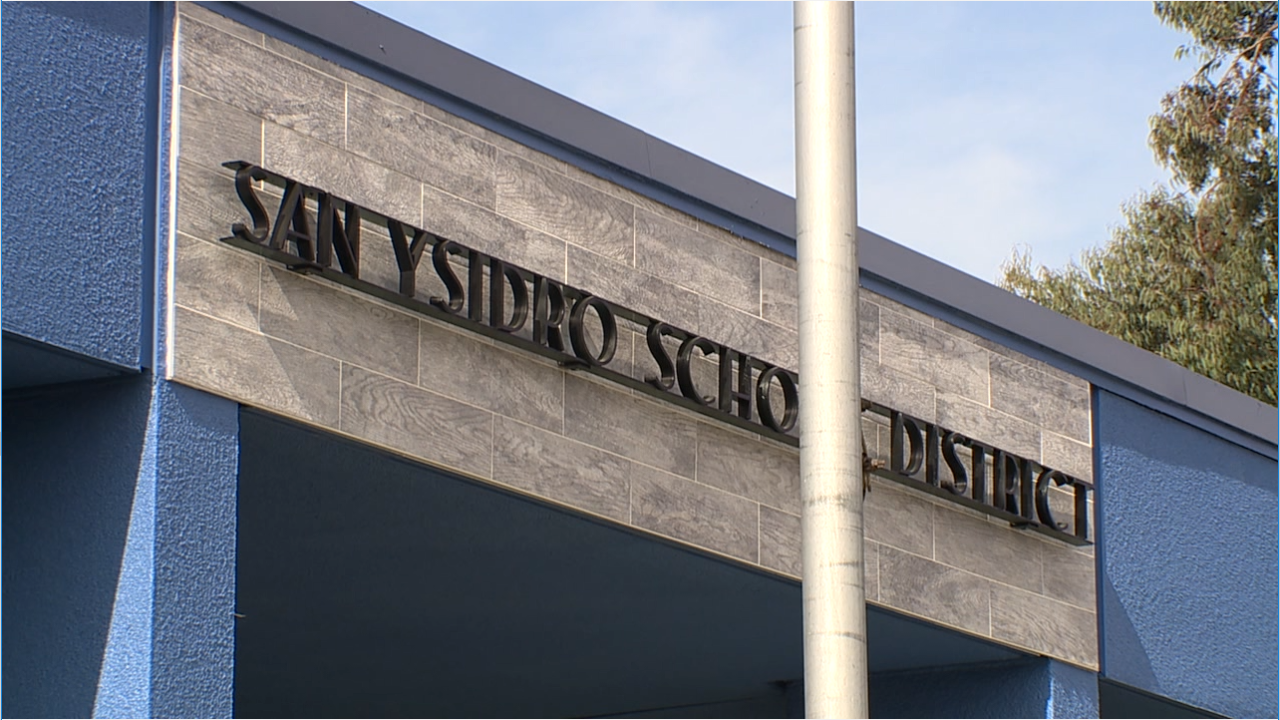 SAN YSIDRO -- Across the street from a bustling shipping depot on Otay Mesa Drive, there’s a junkyard lined with broken-down trailers and motorhomes.

It’s where 16 of the homeless students lived while attending the San Ysidro School District last year, the district with the highest percentage of homeless students in San Diego County. Nearly one out of every three SYSD students was classified as homeless.

“Where you see the steering wheel, where the driver usually sits in a motorhome, it’s divided into a bedroom and usually that’s where all the children sleep,” said SYSD Student and Family Services Manager Veronica Medina.

Medina is tasked with verifying homeless student’s living situations. In the 2018-19 school year, she determined 80 students were living in trailers parked on campgrounds, 71 were living in hotels or motels, and 31 were unsheltered in parks or gas stations.

The vast majority of students considered homeless -- 1,130 students -- were “doubled up” or couch surfing with another family for economic reasons, the most common designation under California’s broad definition of homelessness.

“In Southern San Diego, in San Ysidro, we have the highest rate of poverty and because of that and knowing how expensive it is to live in San Diego County, it is causing quite a crisis with homelessness,” said SYSD Superintendent Dr. Gina Potter.

Families facing economic hardship have few options in San Ysidro, with long waiting lists for low-income housing. The wait for Section Eight housing in the area is eight to ten years, the district said.

Although a report this month by the California State Auditor found many districts are undercounting -- and therefore underserving -- homeless students, San Ysidro has built a coalition of 40 partner agencies to help homeless students with everything from free uniforms, backpacks and tutoring, to transportation costs.

“We are very proud of the services we provide to our homeless students,” Potter said.

The district receives a $125,000 grant to help fund some of its homeless initiatives, but it leans heavily on donations and partner agencies, Medina said.

Among those outsourced resources is healthcare. Recently, the district bussed 400 students to get eye exams and glasses. SYSD also brings healthcare directly to campus, with a mobile health clinic offering on-site check-ups through a partnership with San Ysidro Health.

“It’s not only providing the services, but making them available for the families,” said San Ysidro Health director of patient engagement Dr. Alejandrina Arevalo.

Medina has worked as the district’s homeless liaison for 14 years for a reason. She experienced homelessness firsthand at age 12.

That empathy allows the San Ysidro-raised school official to offer perhaps the most important service of all: “I give them hope,” she said.

“Not to give up and to continue to work harder. And yes, there is light at the end of that tunnel,” Medina said.

This article was written by Derek Staahl for KGTV.