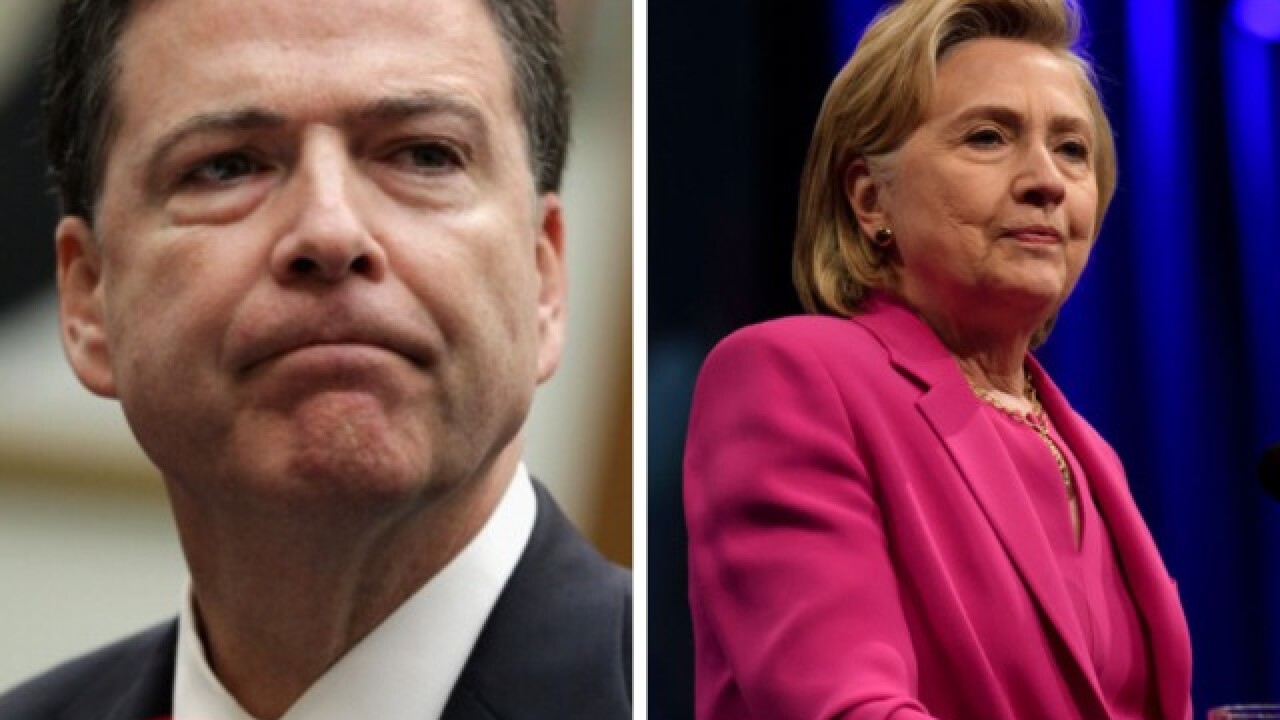 Image copyright 2018 Getty Images. All rights reserved. This material may not be published, broadcast, rewritten, or redistributed.

President Donald Trump on multiple occasions raised with Deputy Attorney General Rod Rosenstein and Matt Whitaker, who was then-chief of staff to Jeff Sessions, whether the Justice Department was progressing in investigating Hillary Clinton, according to a source familiar with the matter.

The President also wanted his previous White House counsel, Don McGahn, to ask the Justice Department to prosecute Clinton on numerous occasions, but McGahn rebuffed doing that, the source said.

Anticipating the question about Clinton would be raised, Whitaker came prepared to answer with what Justice was doing on Clinton-related matters, including the Clinton Foundation and Uranium One investigations, the source said. The source added that Whitaker was trying to appease the President, but did not seem to cross any line.

The Justice Department did not immediately respond to CNN's requests for comment.

In March, then-Attorney General Sessions revealed that Utah's top federal prosecutor, John Huber, was looking into allegations that the FBI abused its powers in surveilling a former Trump campaign adviser, and claims that more should have been done to investigate Clinton's ties to a Russian nuclear energy agency, which have not been proven.

And in January, CNN reported that the US attorney and FBI in Arkansas were investigating allegations of corruption related to the Clinton Foundation. The FBI and federal prosecutors are looking into whether donors to the foundation were improperly promised policy favors or special access to Clinton while she was secretary of state in exchange for donations to the charity's coffers, as well as whether tax-exempt funds were misused, the official said. A spokesman for Clinton dismissed the allegations as unfounded.

William Burck, a lawyer for McGahn, issued a statement following the Times report that said the President hadn't ordered prosecutions of Clinton or Comey.

"Mr. McGahn will not comment on his legal advice to the president. Like any client, the president is entitled to confidentiality. Mr. McGahn would point out, though, that the president never, to his knowledge, ordered that anyone prosecute Hillary Clinton or James Comey," Burck said.

The White House did not immediately respond to CNN's requests for comment.

This is a breaking story and will be updated.