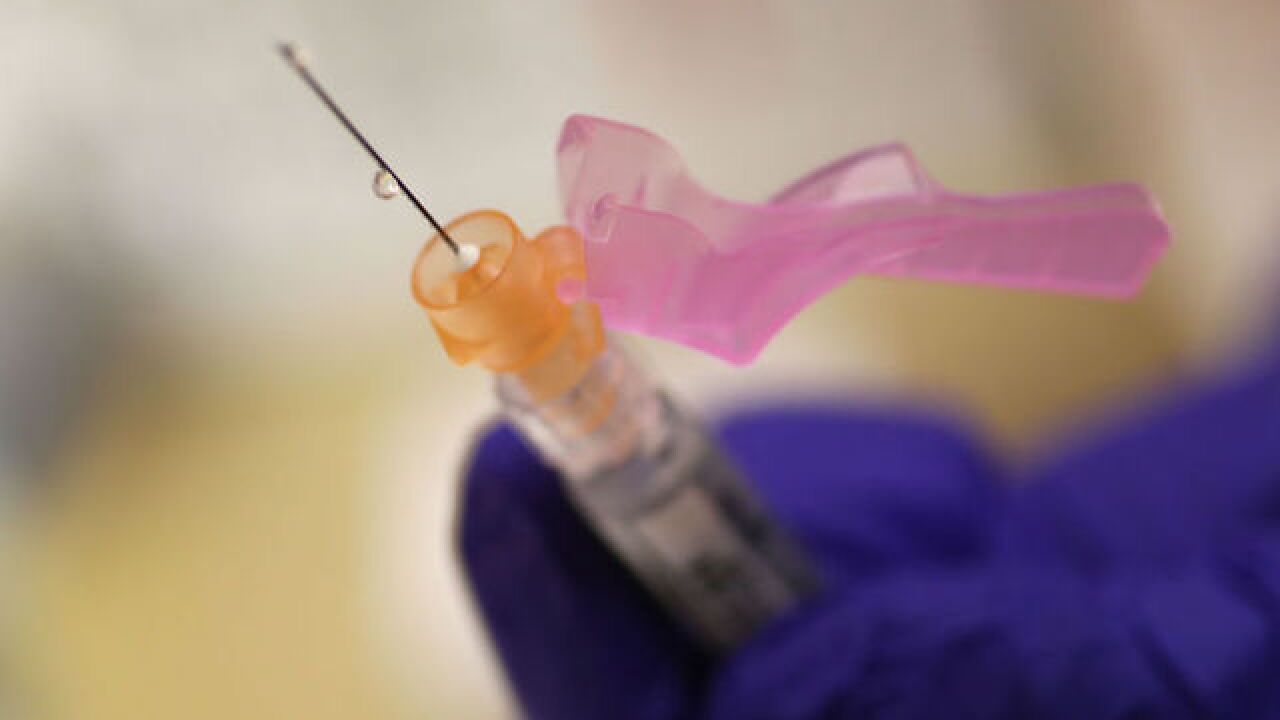 Image copyright 2018 Getty Images. All rights reserved. This material may not be published, broadcast, rewritten, or redistributed.
Joe Raedle
<p>An influenza vaccination is prepared for a patient at the CVS Pharmacy store's MinuteClinic on October 4, 2018 in Miami, Florida.</p>

A chickenpox outbreak among students at Asheville Waldorf School in North Carolina has grown to 36 cases as of Monday, and exemptions from vaccination were a contributing factor, according to the Buncombe County Health Department, which has been monitoring the situation since the end of October.

Asheville Waldorf School, which serves students from nursery through sixth grade, is part of an educational movement that subscribes to a philosophy focused on physical activity and learning through hands-on tasks, according to its website. There are more than 900 Waldorf schools in 83 countries, and the Asheville school, which was founded in 2009, is one of about 160 in the United States.

The school is closed for Thanksgiving break and could not be reached for comment.

Chickenpox is a very contagious disease that causes a blister-like rash, itching, tiredness and fever, according to the US Centers for Disease Control and Prevention. The disease is caused by the varicella-zoster virus, and a vaccine was introduced in 1995. Two doses of the vaccine, given at ages 12 months through 15 months and then again at 4 through 6 years, are about 90% effective at preventing chickenpox.

Though North Carolina requires vaccination for all children attending schools, the state permits both medical and religious exemptions. Still, vaccination rates in the state outperformed national figures in 2013 and 2014, according to publicly available information.

Mullendore said the figures from last year are the latest because data has not been gathered and analyzed for the current school year.

To monitor the situation at Asheville Waldorf, the health department has requested that the school continue to send it information about any new cases, she said. Meanwhile, the school is requiring anyone who has the disease to stay home, while classmates of someone contagious (though not yet sick) must remain at home for 21 days.

"The reason for that is it can take 21 days for the time somebody is exposed to chickenpox for them to actually develop the signs and symptoms of chickenpox," Mullendore said. "We don't want to have to keep those kids at home. If the child gets one dose of the chickenpox vaccine, they can return to school immediately."

Children whose parents provide evidence of immunity, such as blood work or a doctor's statement, can also return to school, she said.

This 21-day quarantine is "our last resort in terms of containing and stopping the spread of the illness so that we don't see more cases and so nobody ends up with a complication," Mullendore said. No complications and no hospitalizations have been reported, she added.

Most parents do not hesitate to vaccinate

"The vaccine for chickenpox and all vaccines out there are safe and effective," she said.

A Pew survey that found Most Americans agree that vaccines are safe for healthy children.

Recently, an outbreak of measles was reported in New York among the orthodox Jewish community, with origins in Israel.

Mullendore said that what's happening at Asheville Waldorf "demonstrates what happens when we have a population that is not immunized, that has not gotten the vaccine. It offers an opportunity for the infection to get into that community and spread easily.

"I have vaccinated my child," she noted.