Number of unaccounted for in Camp Fire drops to 11 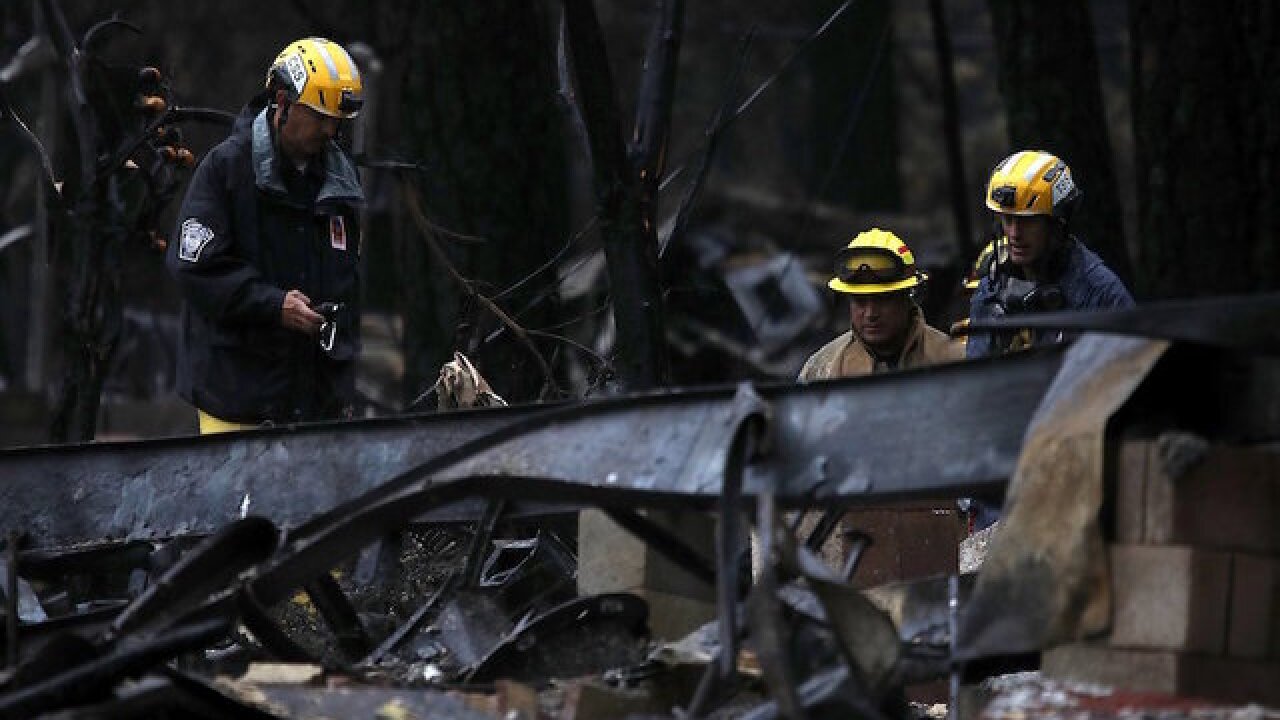 The number of people still unaccounted for after the devastating Camp Fire in Northern California has dropped to 11, the Butte County Sheriff's Office said.

The latest count is down from a one-time high of more than 1,000 people.

The death toll dropped from 88 to 85 after DNA testing revealed the remains of three victims were accidentally separated into different bags during the process of recovery, Butte County Sheriff and Coroner Kory Honea said Monday night.

The Camp Fire burned through more than 153,000 acres in Butte County after it broke out November 8. It was contained November 25 after becoming the deadliest and most destructive wildfire in California history.

The blaze decimated much of the town of Paradise and destroyed nearly 14,000 homes and more than 4,800 other buildings.