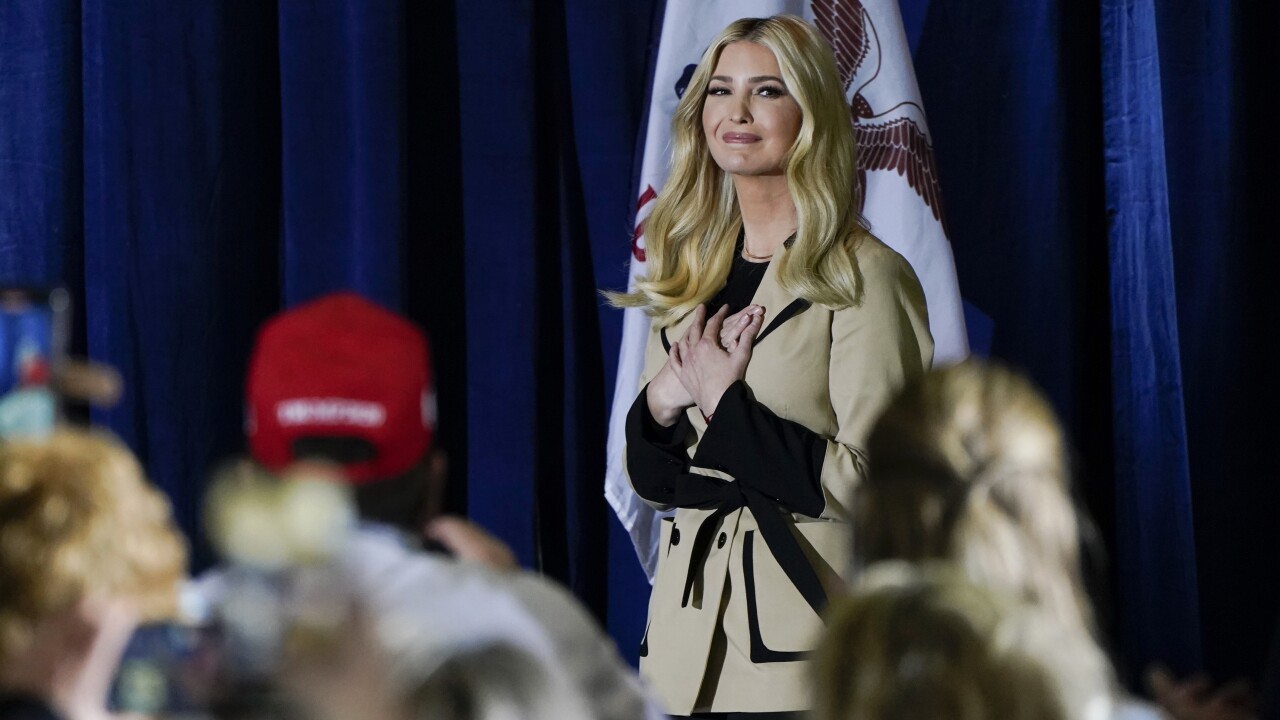 NEW YORK — New York’s attorney general has sent a subpoena to the Trump Organization for records related to consulting fees paid to Ivanka Trump as part of an investigation into the president’s business dealings.

That's according to a law enforcement official who spoke to The Associated Press Thursday on condition of anonymity.

The New York Times reported that a similar subpoena was sent to President Donald Trump’s company by the Manhattan district attorney, who is conducting a parallel probe.

The records requests followed recent reporting in The Times, based partly on two decades’ worth of Trump’s tax filings, that the president had reduced his company’s income tax liability over several years by deducting $26 million in consulting fees as a business expense.

Records strongly suggested, The Times reported, that $747,622 of those fees had been paid to Ivanka Trump, the president’s daughter, through a company she owned at a time when she was also a Trump Organization executive.

If true, that wouldn’t necessarily pose a problem for Ivanka Trump herself, as long as she paid income tax on the consulting payments, which she reported publicly.

It could, however, raise questions about whether the Trump Organization’s related tax deductions were allowable. The Internal Revenue Service has, in the past, pursued civil penalties over large consulting fee write-offs it found were made to dodge tax liability.

Ivanka Trump tweeted that the subpoenas were “harassment pure and simple.”

This is harassment pure and simple. This ‘inquiry’ by NYC democrats is 100% motivated by politics, publicity and rage. They know very well that there’s nothing here and that there was no tax benefit whatsoever. These politicians are simply ruthless.https://t.co/4dQoDzQlRX