NYPD found their lost ring in a drain. Social sleuths helped track the couple down 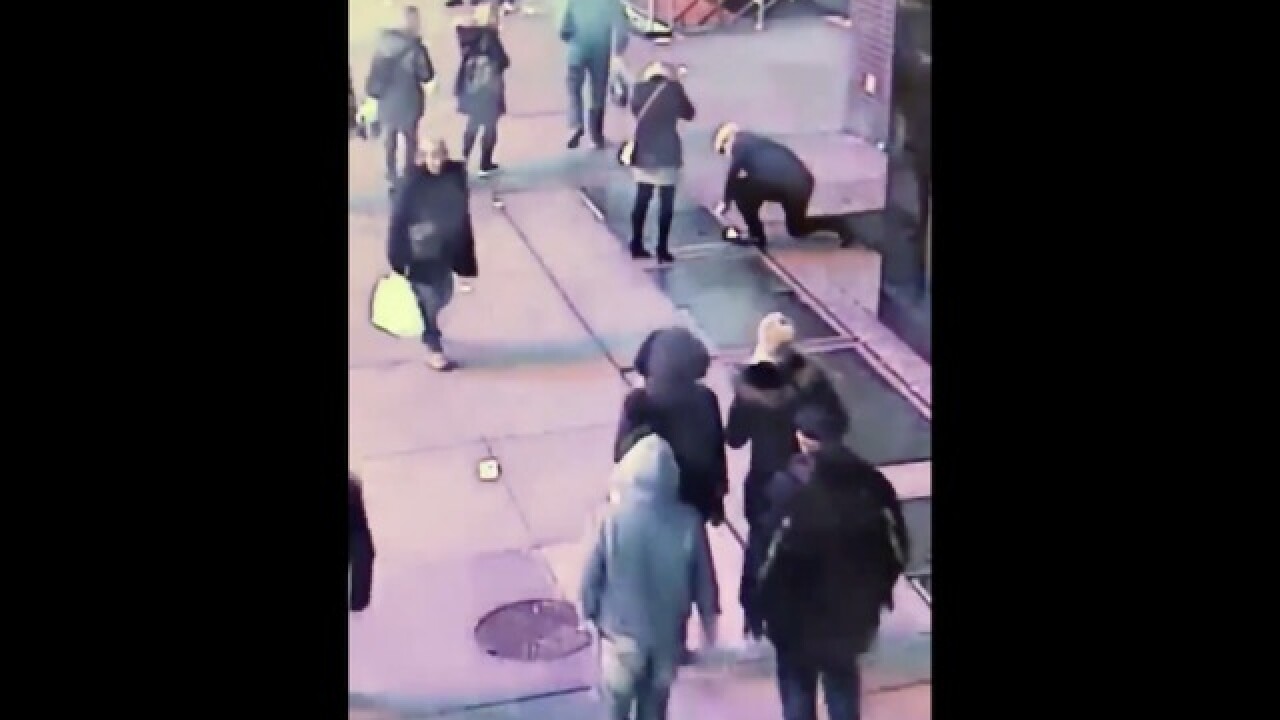 Copyright 2018 Scripps Media, Inc. All rights reserved. This material may not be published, broadcast, rewritten, or redistributed.
NYPD/Twitter
<p>New York police are looking for a happy couple who were victims of an unhappy accident. The man popped the question in the middle of Times Square, police said, and then lost hold of the engagement ring.</p>

First he got down on one knee, then he was sent scrambling on his hands and knees.

The man popped the question in Times Square, police said, but lost hold of the engagement ring, which fell through a sidewalk grate.

New York police found the ring and put out an all points Twitter bulletin Saturday, looking for the victims of the matrimonial miscue.

On Sunday, after social sleuths assisted in the multinational probe, the New York Police Department announced it was closing its intensive investigation.

The foreign couple, whom the NYPD identified only as John and Daniella, has been located, the department crowed.

"We would like to thank everyone who shared this story!" the department tweeted . "The (now) happy couple is back in their home country, but thanks to your retweets they heard we were looking for them! We're making arrangements to get them their ring back. Congratulations!"

On Saturday, the NYPD put out a wanted notice for the less-than-graceful groom and his would-be bride.

"WANTED for dropping his fiancée's ring in Times Square! She said Yes- but he was so excited that he dropped the ring in a grate," the NYPD News tweeted Saturday. " ... Officers rescued it & would like to return it to the happy couple."

The video shows the man dropping down to the New York City street to try and rescue the ring. But no luck.