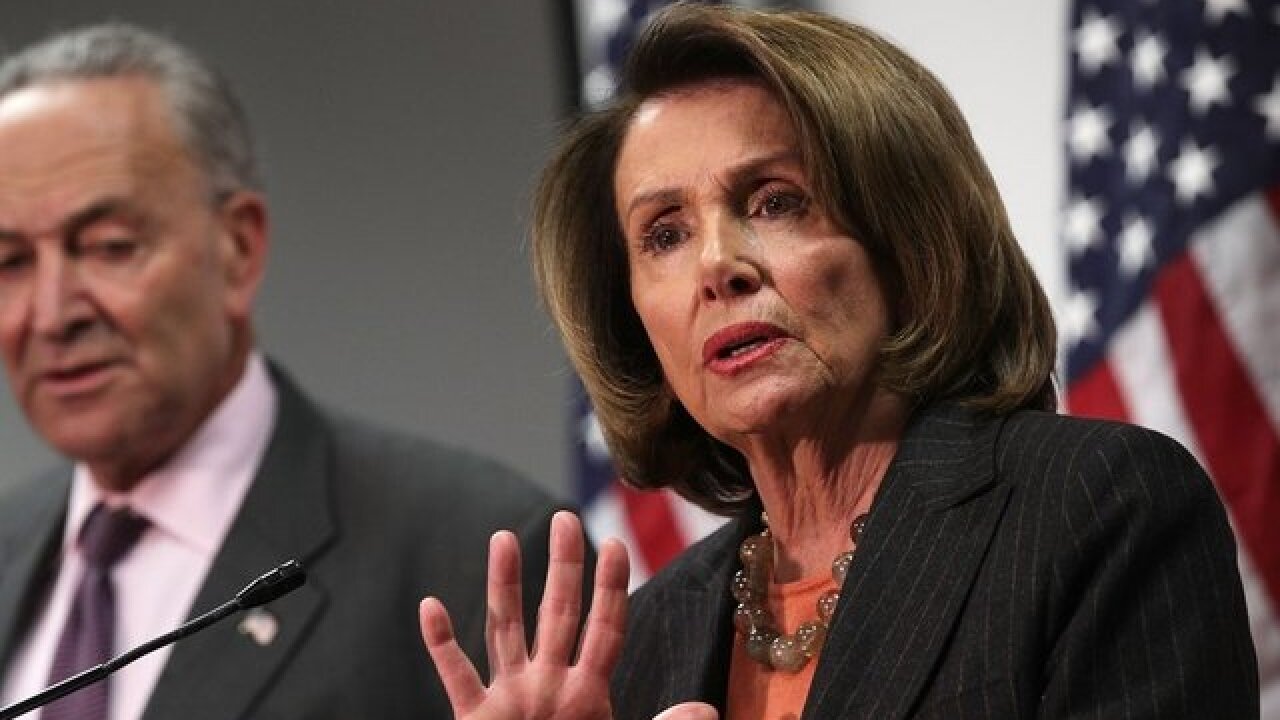 Rep.-elect Alexandria Ocasio-Cortez on Wednesday backed House Democratic leader Nancy Pelosi to become House speaker next year once the party reclaims the majority in the chamber, so long as Pelosi "remains the most progressive candidate for speaker," a clear sign of support from one of the Democratic Party's rising liberal stars.

"All the challenges to Leader Pelosi are coming from her right, in an apparent effort to make the party even more conservative and bent toward corporate interests. Hard pass," the New York Democrat tweeted. "So long as Leader Pelosi remains the most progressive candidate for Speaker, she can count on my support."

Ocasio-Cortez, a self-described democratic-socialist, has signaled she was open to backing Pelosi but her series of tweets Wednesday amounted to her strongest and clearest public statements to date supporting the Calfornia Democrat's would-be return to wield the speaker's gavel.

"I think she's a candidate to consider," Ocasio-Cortez said in June. "And I think when it comes to the leadership of the party that's a conversation that I have, you know, once I'm an elected member of Congress."

"I think there's an opening, for sure," Ocasio-Cortez told the publication. "This is not about supporting or not supporting an individual. It's about making sure that we can get as progressive and aggressive of legislation as a party on climate change as quickly as possible."

Ocasio-Cortez added Wednesday her hope that the party can pivot its focus toward their "priorities."

"I hope that we can move swiftly to conclude this discussion about party positions, so that we can spend more time discussing party priorities: voting rights, healthcare, wages, climate change, housing, cannabis legalization, good jobs, etc."

Pelosi needs a majority to be elected speaker of the House when the new Congress convenes. So far, there are 232 Democrats out of a total of 435 seats. Pelosi can only lose only a small number of Democrats, assuming all 200 current Republicans unite around their own candidate and against her.