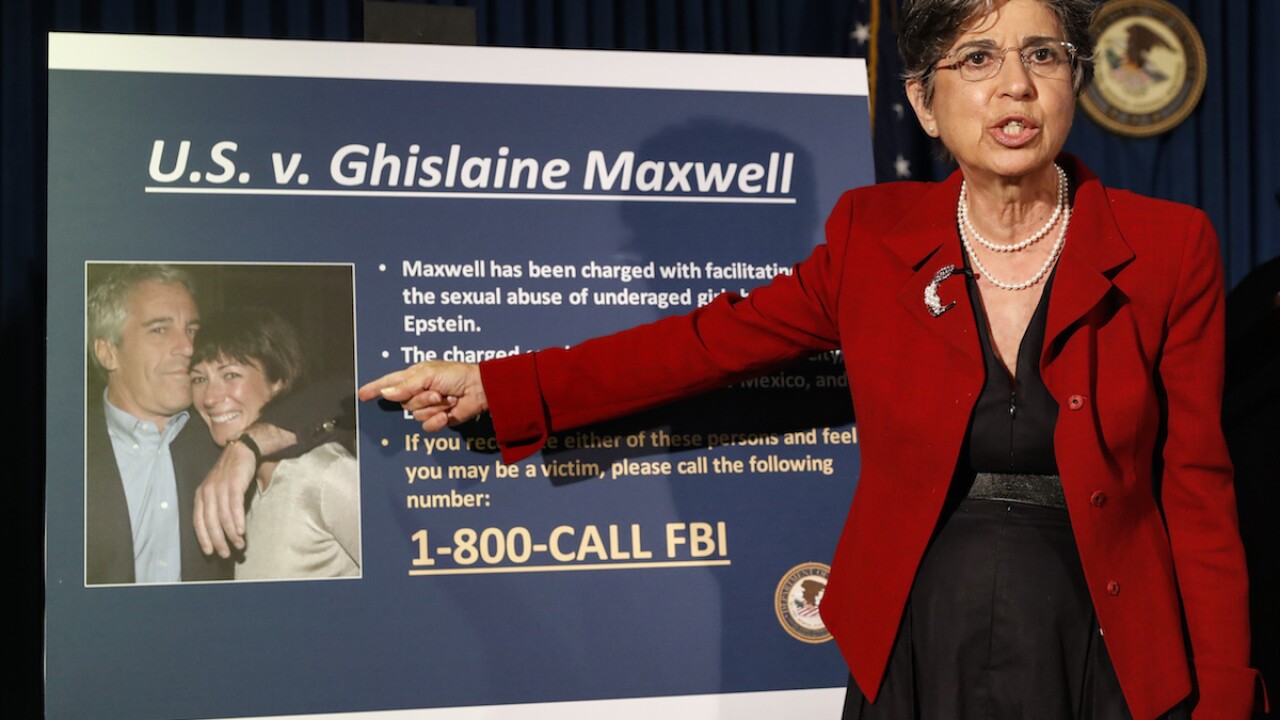 Copyright 2020 The Associated Press. All rights reserved.
John Minchillo/AP
Audrey Strauss, Acting United States Attorney for the Southern District of New York, gestures as she speaks during a news conference to announce charges against Ghislaine Maxwell for her alleged role in the sexual exploitation and abuse of multiple minor girls by Jeffrey Epstein, Thursday, July 2, 2020, in New York. (AP Photo/John Minchillo)

LITTLE ROCK, Ark. (AP) — Federal officials were so worried that Jeffrey Epstein's longtime confidant Ghislaine Maxwell might take her own life after her arrest that they took away her clothes and bedsheets and made her wear paper attire.

That's according to an official familiar with the matter who spoke to The Associated Press on condition of anonymity.

The steps to ensure Maxwell's safety while she's locked up at a federal jail in New York City extend far beyond the measures federal officials took when they first arrested her in New Hampshire last week.

The concern comes in part because Epstein killed himself in a federal jail in Manhattan last summer while in custody.