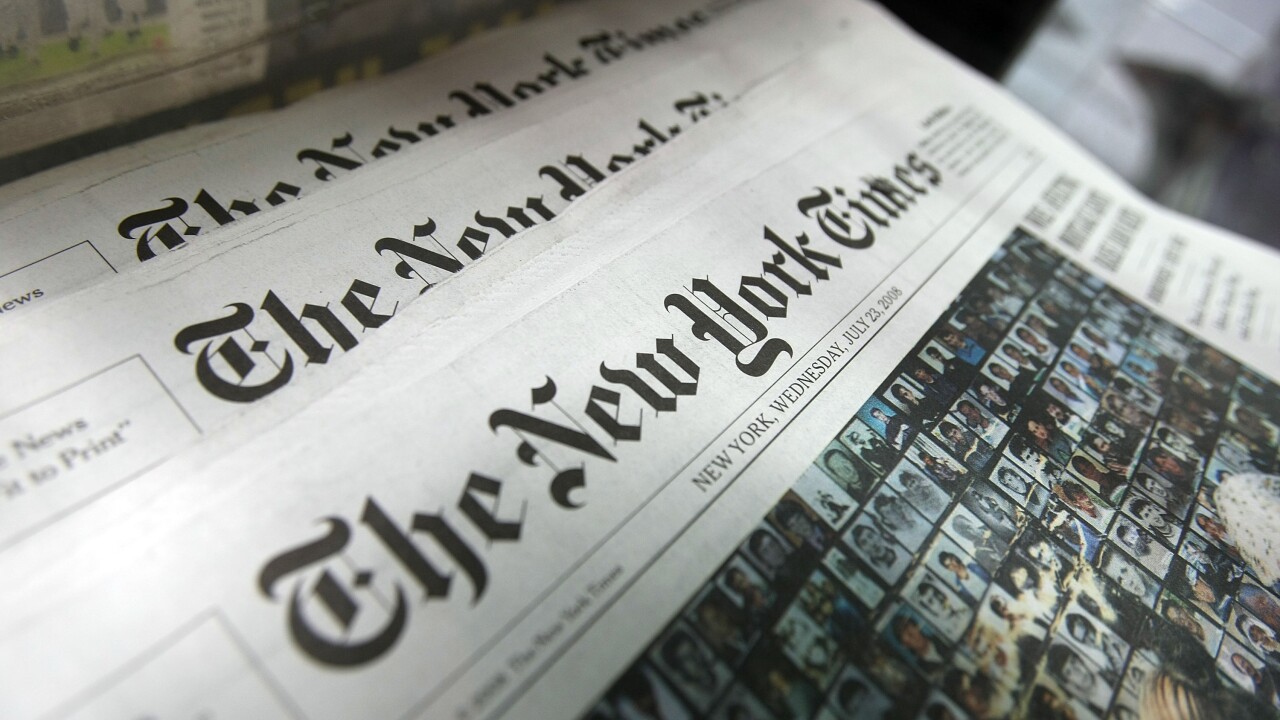 While all four libraries in Citrus County offer printed versions of The Times, Library Director Eric Head recommended that the libraries offer a digital group subscription to residents, according to the Citrus County Chronicle . The local newspaper says the subscription would have cost $2,657.20 a year for the first two years and then $2,714.40 for the third.

However, the proposal didn’t go over well when the Citrus County Board of Commissions were asked to approve the subscription during an Oct. 24 meeting.

"Do we really need to subscribe to The New York Times?" said Commissioner Rob Kitchen .

A second commissioner, identified as Scott Carnahan, then spoke up to say he doesn’t agree with or like the paper.

"I actually was going to say that. I'm going to be a 'no' for this. Fake news. I agree with President Trump," said Carnahan. "I will not vote for this. I do not want The New York Times in this county."

In the end, the motion was not even voted on. After the brief discussion, it was withdrawn and commissioners went on with their agenda.

Since news broke nationwide that the board blocked the subscription, people across social media have voiced their opinion on the matter. Most, but not all, are critical of the county’s decision.

The Chronicle says commissioners will bring the matter back up at the board’s Nov. 19 meeting.