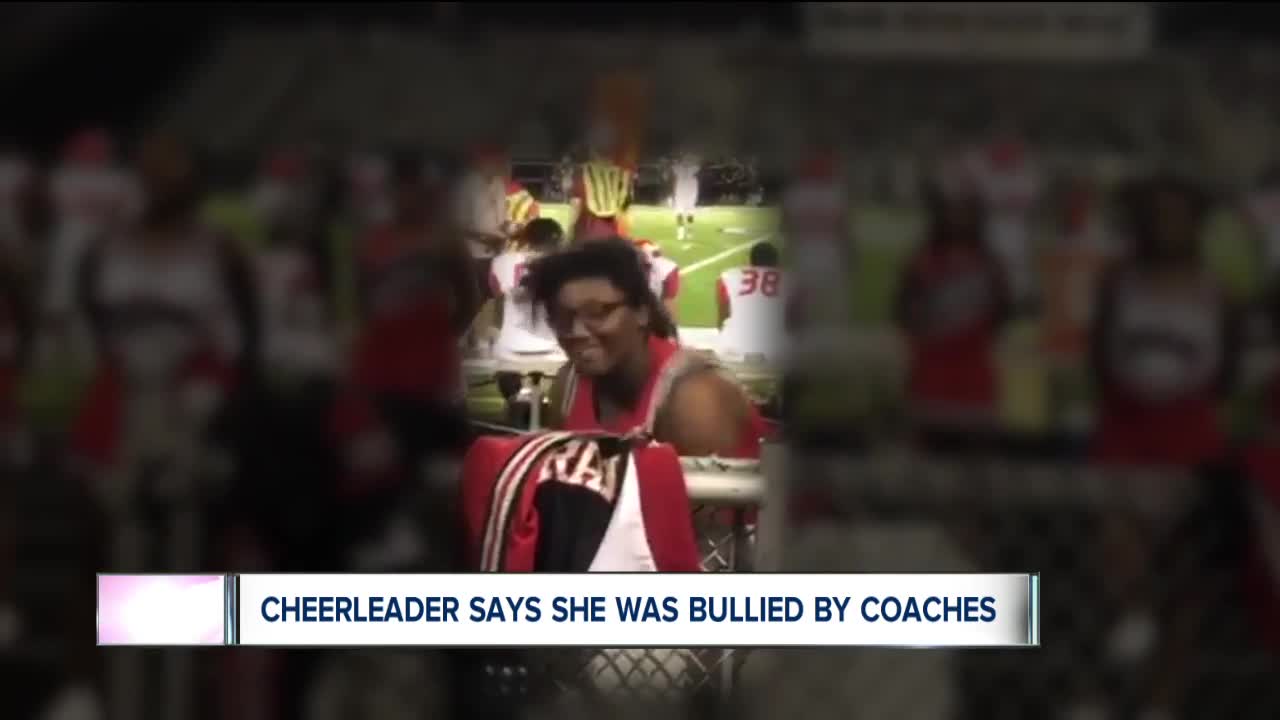 A mother in Shaker Heights said her daughter was ridiculed after asking her cheerleading coaches for a larger uniform. Mother Lakessa Taylor claims the fat-shaming didn't end there. 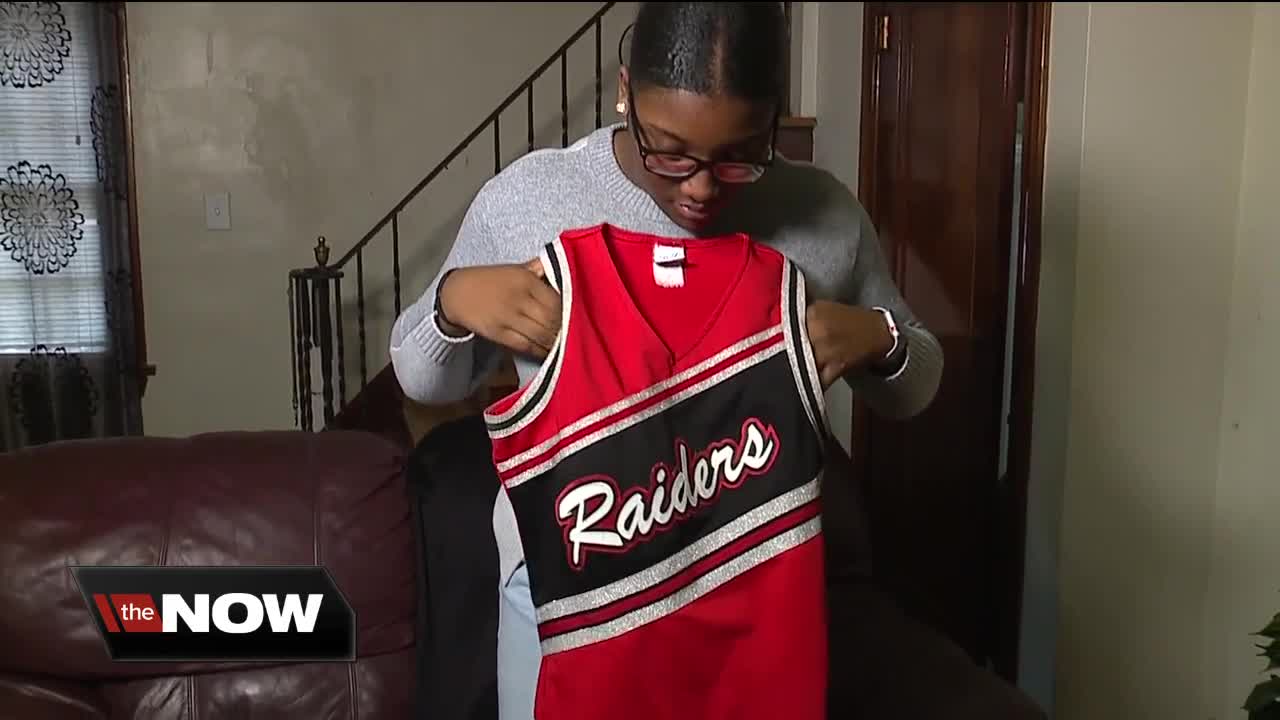 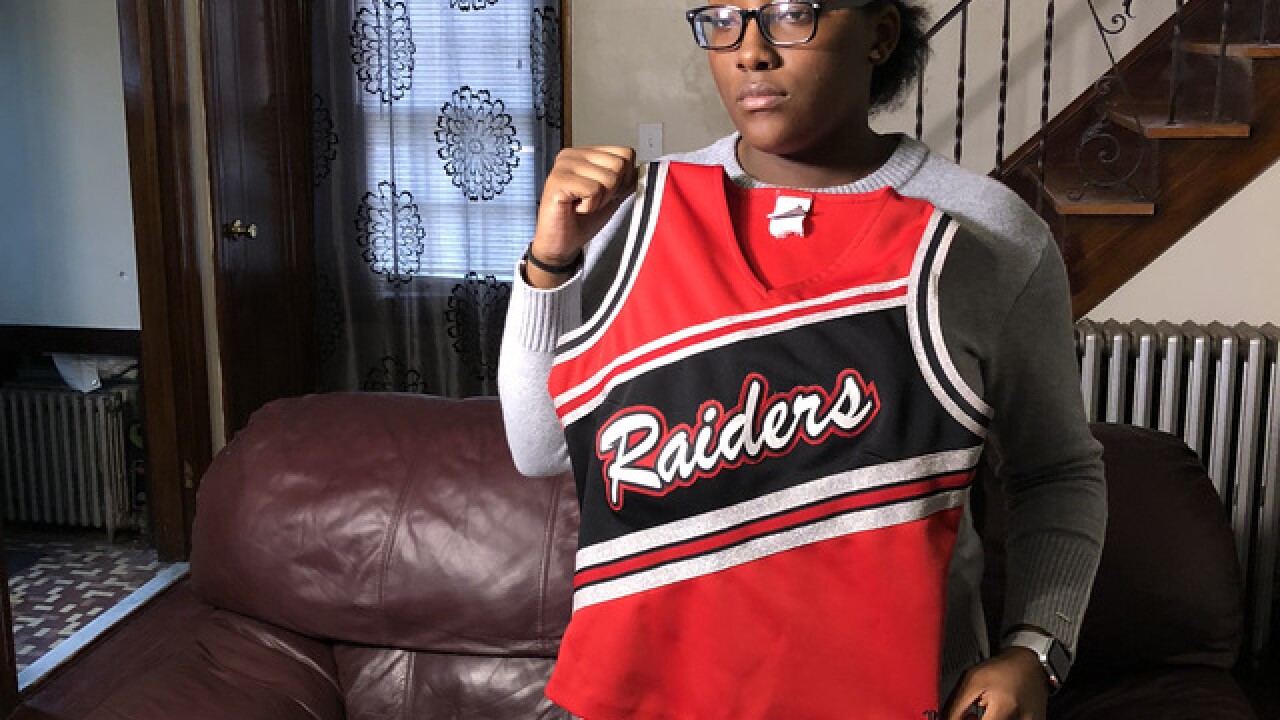 CLEVELAND — A mother in Shaker Heights, Ohio said her daughter was ridiculed after asking her cheerleading coaches for a larger uniform. Mother Lakessa Taylor claims the fat-shaming didn't end there.

Laylonie Dowdell, 16, rejoined the cheerleading squad at Shaker Heights High School this fall, but after a summer off, her uniform was a little snug.

Her mother told her to request a new, larger one and the teen said what happened next left her speechless.

"They basically refused to order me a uniform because they said it held my boobs down," Dowdell said.

She not only complained that her top was extremely tight, she told an assistant coach her pants were too small as well.

"She replied, 'I wonder why? You're eating too much,' and insisted I run laps back and forth to the stop sign and back until my ride got there," said Dowdell.

Dowdell said she didn't want to show her two coaches she was upset, so her coping mechanism was to always smile and giggle.

"You're supposed to be my coach, she's supposed to mentor me, uplift me, but you're putting me down," said Dowdell.

In a video from an away game in Medina, Ohio you can see Dowdell having to pull her uniform down.

After struggling with it at another game in Mentor, Ohio she said she was approached by the assistant cheerleading coach while holding a hot dog and a pop.

Dowdell said the coach asked her: "What are you putting in your mouth now? Why are you eating that?"

"We train our children to fend off bad things from other children, but we don't train them to defend themselves against adults," Taylor said.

Taylor said as soon as her daughter told her what was going on, she notified the principal.

"I complained to the school on Monday. Today is Friday. I haven't heard anything from the school," said Taylor.

While she hasn't heard anything from the school district, Taylor got a chance to talk with the assistant coach.

"She told me herself, 'Well, Laylonie was laughing and joking and so I didn't think there was anything wrong with what I said. Laylonie talks to me about her weight sometimes, so it was OK for me to say those things to her,' " said Taylor.

Since coming forward and sharing her story, both coaches in question have resigned. WEWS was told the head coach planned to do so anyway at the end of football season.

"This is not the only complaint. We're talking about several. I've talked to four parents in the last 24 hours," said Taylor.

In light of these allegations, the district is praising the head coach for her 23 years of service, calling her a devoted coach, a mentor and a "valuable member" of the athletic department.

"It's disturbing that the school is commending this lady for all that she has done," said Taylor.

The district refused WEWS's requests for an on-camera interview, but a spokesperson said they take complaints of this nature very seriously.

In the meantime, Dowdell said for the first time ever she's having issues with her body image.

"I know I'm pretty, I know I'm beautiful. But, when I look in the mirror I'm not as skinny as the next girl, or I can lose a few," said Dowdell.

In a statement, the district said that despite these resignations, the investigation into these complaints will continue.