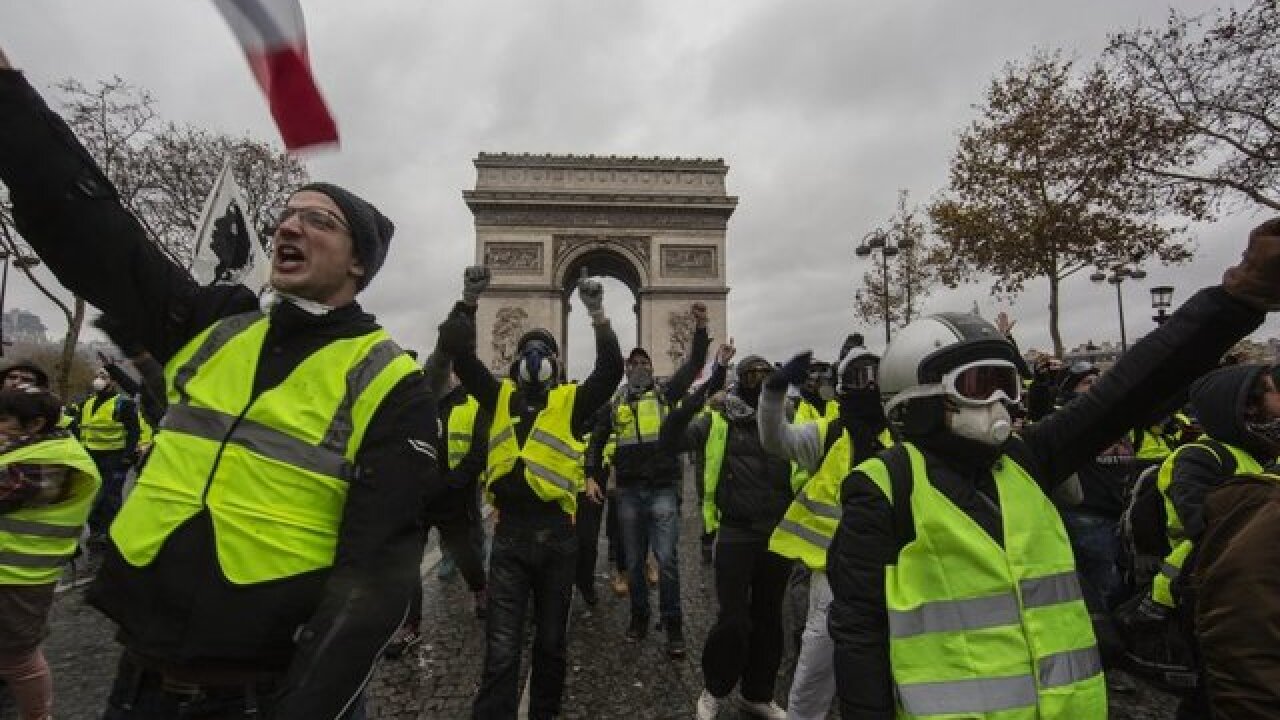 France is to suspend a planned fuel price hike after "yellow vest" protests erupted into violence over the weekend, prompting calls for calm and government talks.

According to CNN affiliate BFMTV, Prime Minister Edouard Philippe will announce a moratorium Tuesday on fuel price hikes, which had been scheduled to come into effect on January 1.

The rising cost of gasoline and diesel fuel sparked protests which have since evolved into broader demonstrations against President Emmanuel Macron's government, exposing tensions between the metropolitan elite and rural poor.

The protests take their name from the high-visibility "yellow vests" or "gilets jaunes" that drivers are required to keep in their vehicles for safety reasons.

Macron had requested political leaders meet the protest organizers this week. However on Monday two protest leaders, Benjamin Cauchy and Jacqueline Moreau, pulled out of a meeting with Prime Minister Philippe planned for Tuesday, according to the movement's spokesman Maxime Nicole.

Philippe canceled a trip to the COP24 climate conference in Poland to address the issue, which had threatened to flare again this coming weekend.

The government is likely hoping the suspension of the fuel hikes will take some heat out of the protests, which brought an estimated 36,000 people onto the streets of France on Saturday.

Around 400 people were arrested after a violent minority turned on police, throwing projectiles and vandalizing statues.

The city's famed Arc de Triomphe was scrawled with slogans in support of the yellow vest movement and others criticizing Macron as the President "of the rich."

Paris prosecutor Remy Heitz said that among the protesters were people from across the country who had descended upon Paris with the express intent of causing trouble.

He added that authorities would crack down hardest on those who had joined the street demonstrations explicitly carry out violent acts.

"There are varied profiles but there are definitely profiles of people who have come from the provinces all over France, obviously to carry out acts of violence, and it is to these people that the criminal response I will say will be the strongest."