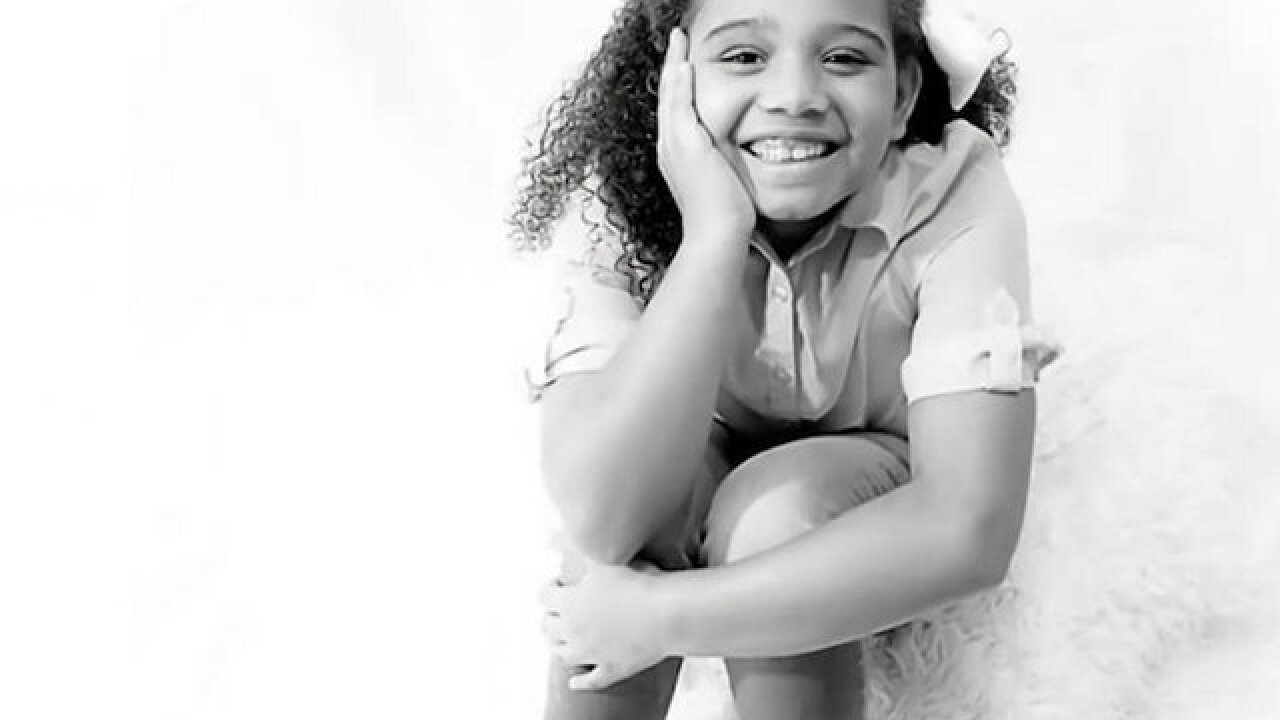 © 2018 Cable News Network, Inc.
KTVT/Family Photo
<p>**Embargo: Dallas-Ft. Worth, TX** The parents of Payton Summons, who was declared brain-dead, have been granted more time to keep their 9-year-old on a ventilator at a Fort Worth, Texas, hospital.</p>

The parents of Payton Summons, who was declared brain-dead, have been granted more time to keep their 9-year-old on a ventilator at a Fort Worth, Texas, hospital.

Lawyers for Payton's family filed a new request on Monday to extend a temporary restraining order that would keep her on the machine at Cook Children's Medical Center. The order has been extended until 6 p.m. October 22, according to Justin Moore, a lawyer for Payton's family.

Yet on Tuesday, the hospital filed a mandamus challenging that extension and asking for the extended temporary restraining order to be vacated.

"The judge's decision has put all of us in an incredibly difficult position. As a hospital made up of women and men who made it their careers to save lives, we are truly devastated for this family," a statement from Cook Children's said Wednesday.

"But when Payton Summons suffered brain death on September 25, she was determined to be dead under clear Texas law and the laws of every other state," the statement said. "There is no treatment that can be provided for her at Cook Children's or any other facility that will change that. To maintain a dead person on mechanical ventilation and insist -- in fact order -- that health care providers continue treating a deceased, deteriorating body is medically, ethically, and morally wrong. We will continue to support this family during this difficult time."

After the mandamus was filed Tuesday, Moore tweeted that the move was "legal wrangling."

"The hospital is reverting to legal wrangling for an attempt at preventing Payton's parents from looking for facilities to accept their baby girl," he wrote.

A previous temporary restraining order against Cook Children's Medical Center was scheduled to expire Monday afternoon after Judge Melody Wilkinson of the 17th District Court of Texas denied a request last week to extend it.

"It's probably the hardest case I've ever had to deal with in my young career," he said. "Just to see this particular situation where parents are just fighting tooth and nail and they're not gaining an inch at all, it's just heartbreaking."

Payton has been on the ventilator at Cook Children's Medical Center since late September, after she went into cardiac arrest due to a large tumor in her chest.

Last month, she was staying overnight with her grandmother when she suddenly woke up, "screamed for her grandmother to help her and said that she couldn't breathe ... then she collapsed," Payton's mother, Tiffany Hofstetter, told CNN affiliate KTVT in September.

Payton was transported to the hospital, and doctors established a heartbeat but put her on a ventilator because she was no longer breathing.

She was confirmed brain-dead after a test determined that she did not have brain activity.

"In the United States and most places, it is legally synonymous with death -- the same as if your heart stops," he said. "But brain death means a total loss of brain activity."

Under Texas law, a person is considered dead when they have suffered an irreversible loss of all brain function, the hospital said in a statement in September, according to KTVT.

"Per our protocol and national pediatric medical standards, a second brain death exam was scheduled to take place by a different physician within 12 hours of the first to complete the legal process of declaring Payton deceased," the hospital said.

"In addition to dealing with the sudden blow of her cardiac arrest and devastating brain injury, Payton's family is also coping with the news that the arrest was caused by the growth of a very large tumor in her chest that is shutting off her circulatory system."

The hospital held off on performing the second brain death examination because Payton's family filed that temporary restraining order against the facility. It was filed in order to keep her on the ventilator until they found another hospital that could take their daughter. The family's co-counsel Paul Stafford said last week that the family contacted about 25 other facilities, but there were no takers.

"Unfortunately, after 25 out of 28 facilities that were contacted, we had no takers. We have two maybes, and those were preconditioned on certain things which may be life-threatening to Payton if performed," he said.

On Wednesday, Moore said on "Michaela" that "the facilities that we've talked to that have presented some preconditions for admittance, they have talked about a tracheostomy being performed. So with that being the case, Cook Children's would have to perform this procedure in order for these facilities to look at taking Payton, and Cook Children's has maintained that they would not perform this procedure.

"That remains the impediment for acceptance into other facilities," he said.

Kim Brown, a spokeswoman for the hospital, said in a statement this month, "Cook Children's has been informed that we no longer have the ability to speak to media about Payton Summons. Although the family previously signed a consent form authorizing the release of information protected by the Health Insurance Portability and Accountability Act (HIPAA), we have been notified by the family's lawyer that the family has revoked their consent for us to speak about Payton's condition.

"Unfortunately, this means that we are no longer able to provide detailed, factual information regarding this case. We're disappointed that the family has revoked their authorization because we believe that accurate information facilitates fair, balanced and informed reporting."