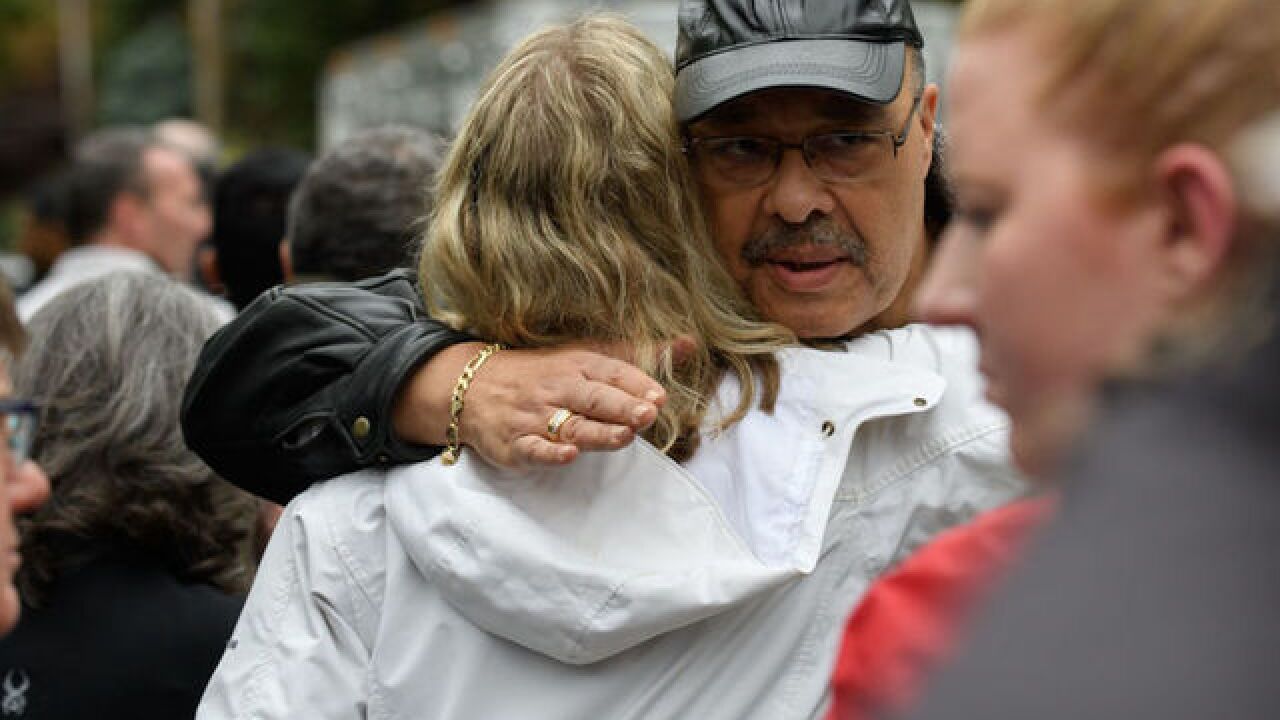 Image copyright 2018 Getty Images. All rights reserved. This material may not be published, broadcast, rewritten, or redistributed.
Jeff Swensen
<p>People comfort each other at the site of a mass shooting at the Tree of Life Synagogue in the Squirrel Hill neighborhood on October 27, 2018 in Pittsburgh, Pennsylvania. </p>

Among those killed were a pair of brothers and a married couple. The oldest was 97 years old, and the youngest 54.

Here are the victims of the Pittsburgh shooting:

• Brothers Cecil and David Rosenthal, 59 and 54, of Squirrel Hill, Pittsburgh

• Bernice and Sylvan Simon, 84 and 86, a married couple from Wilkinsburg, Pennsylvania