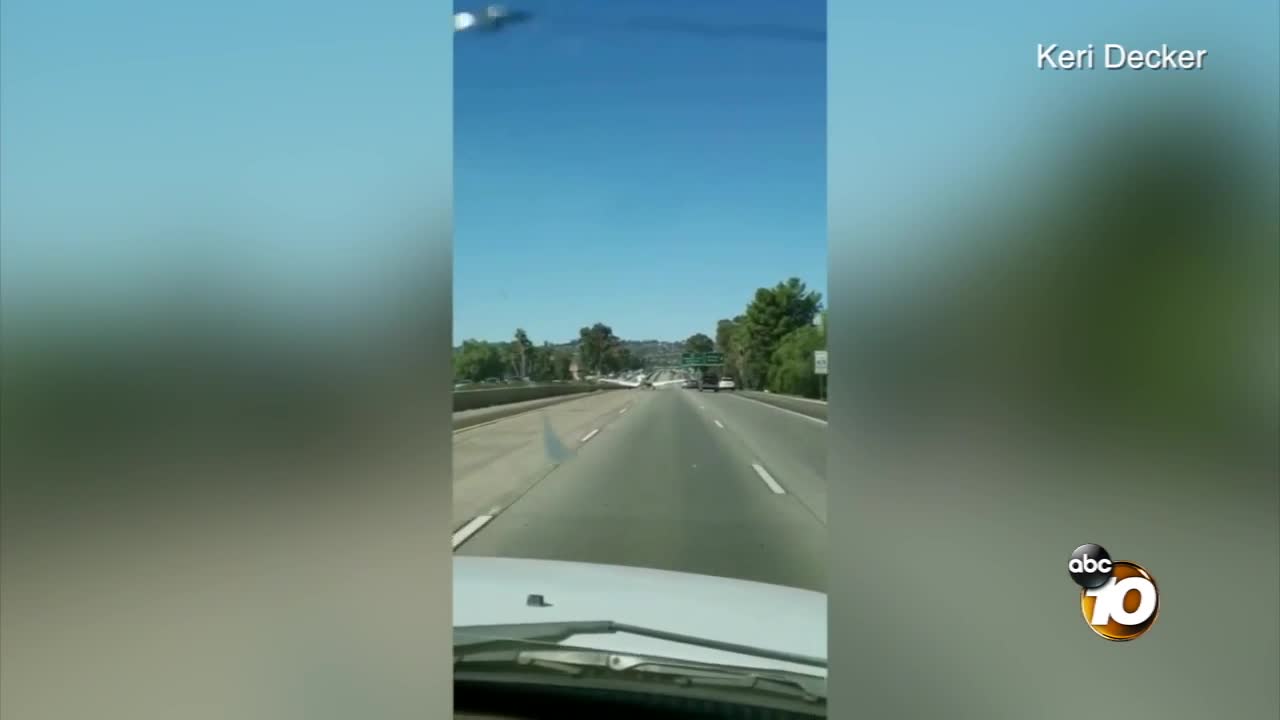 Keri Decker and her family were right there when a plane was forced to make an emergency landing Friday on westbound Interstate 8 in El Cajon. 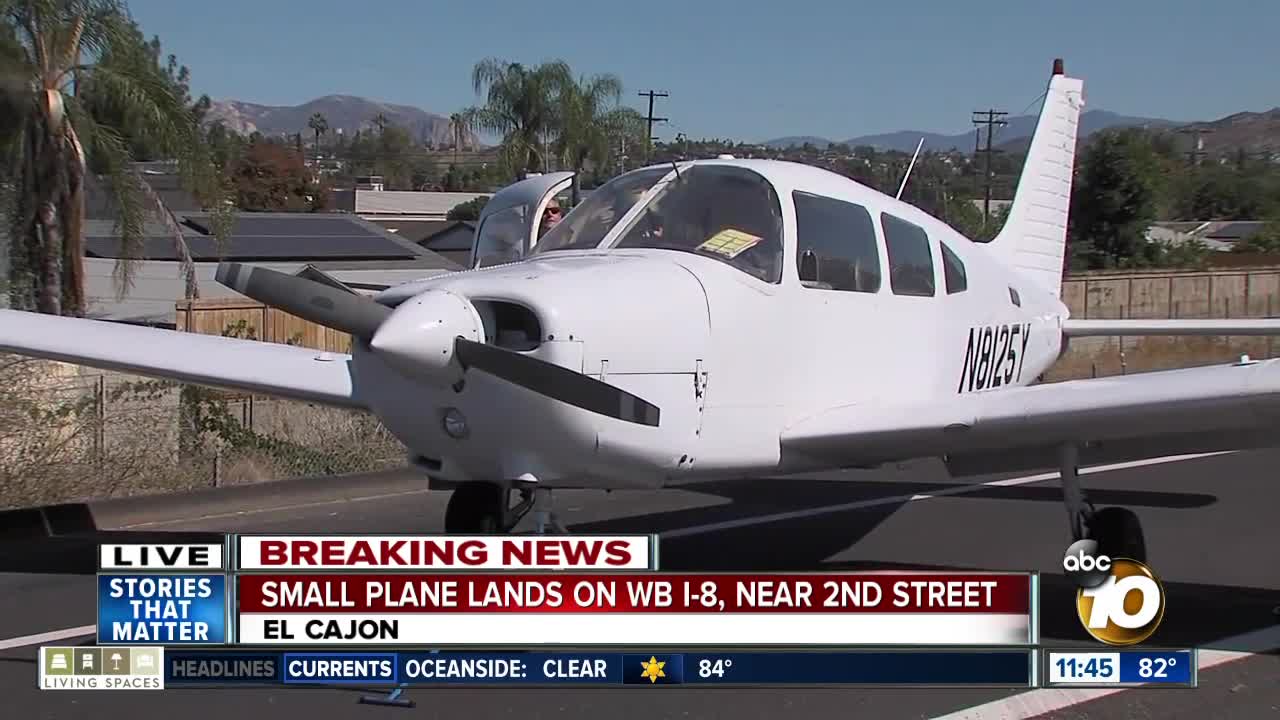 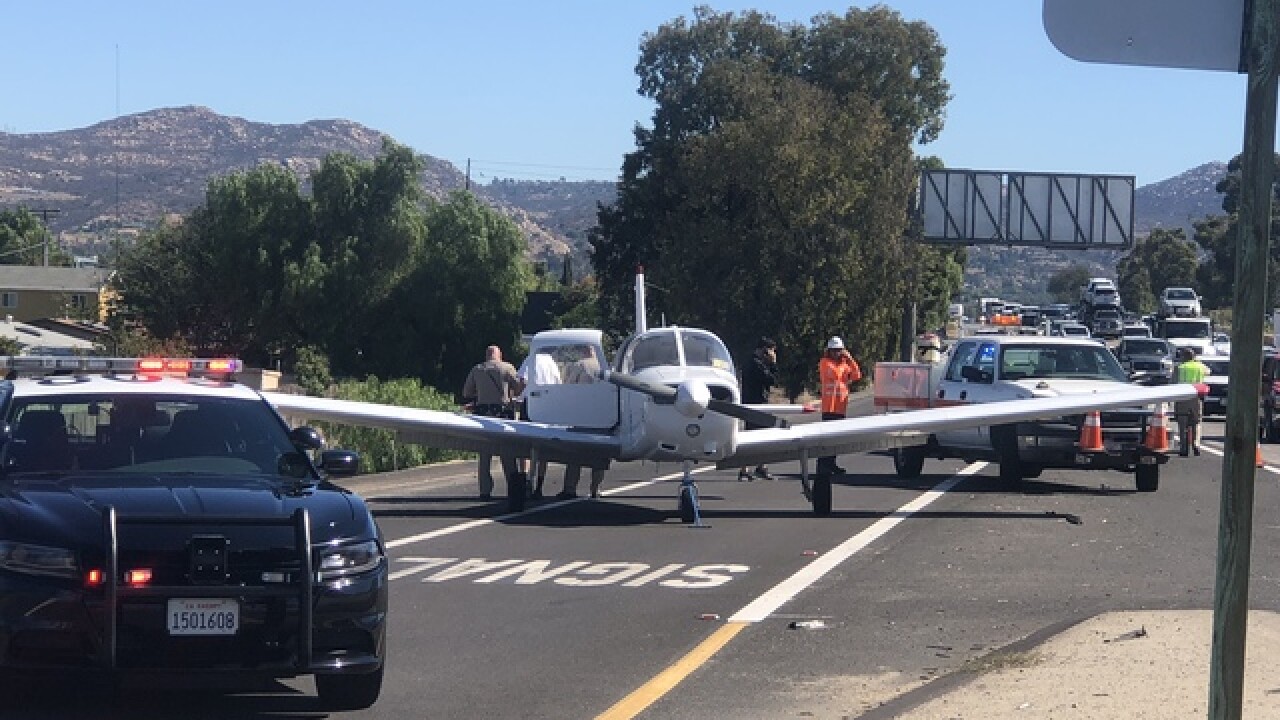 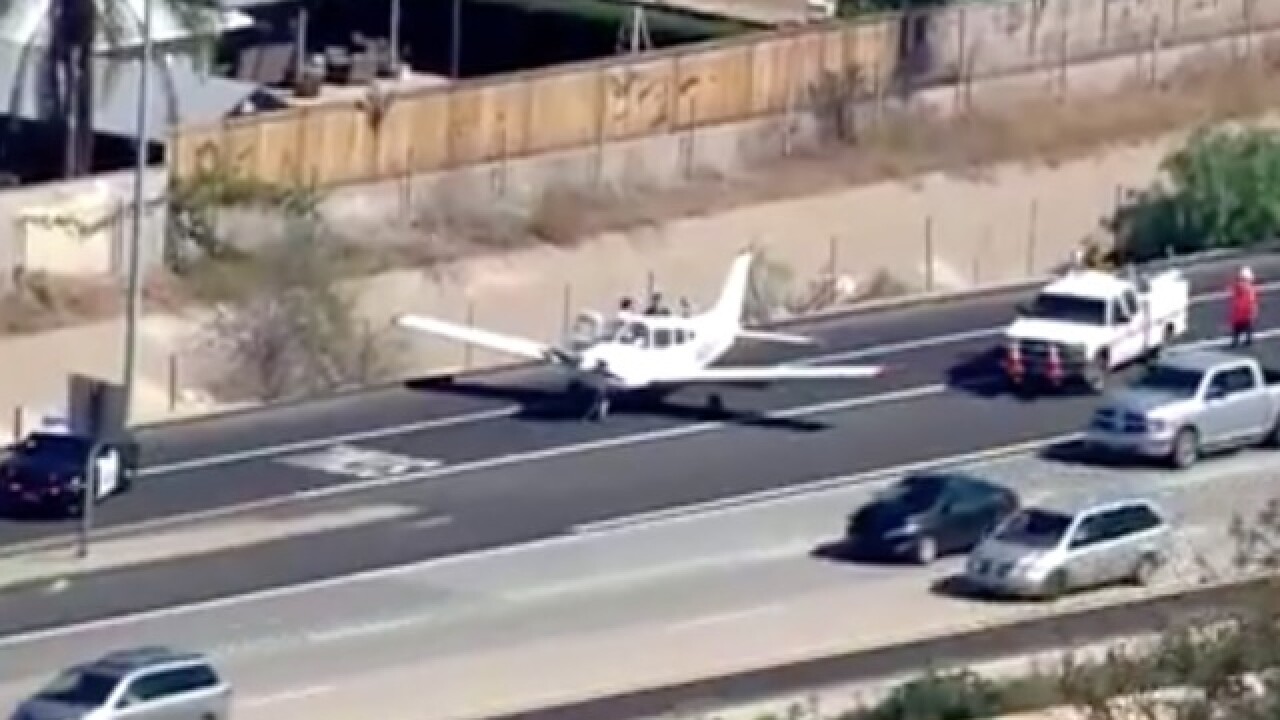 EL CAJON, Calif. - A plane made an emergency landing Friday on westbound Interstate 8, according to the California Highway Patrol.

A student pilot and instructor from California Flight Academy were above El Cajon and had engine trouble about 11:15 a.m., the CHP reported.

Both men were trying to land at Gillespie Field but were forced to touch down on the freeway. The instructor took over the controls and landed safely in lanes near Second Ave.

No cars were hit and no one was injured. The plane, a Piper aircraft based in El Cajon, remained intact.

The pilot and instructor pushed the plane to the right shoulder.

Officers shut down the Mollison Ave. off-ramp of westbound I-8 due to the plane emergency.

CHP Officer Jim Bettencourt said the CHP would be in contact with the National Transportation Safety Board to determine the best way to remove the plane.

"Try not to stop and slow down," Bettencourt recommended to drivers in the area.