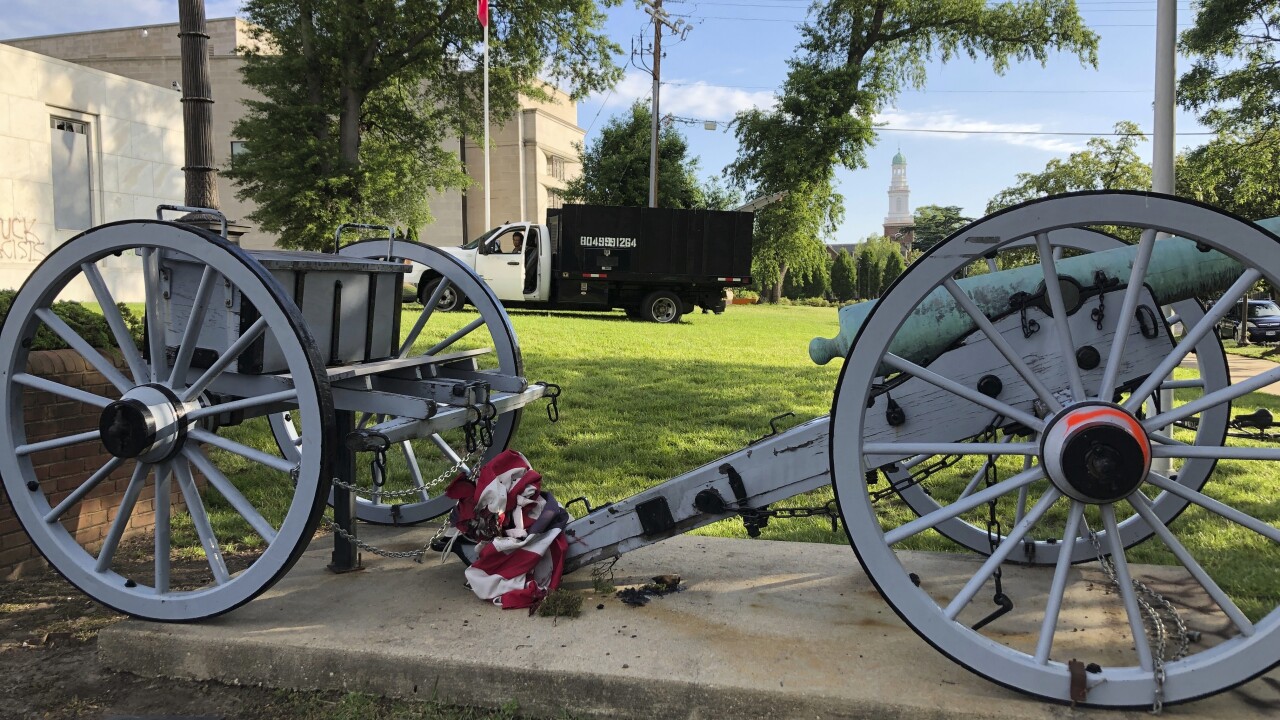 Sarah Rankin/AP
A tattered American flag lays on the ground on the property of the United Daughters of the Confederacy headquarters Sunday, May 31, 2020, in Richmond, Va. The building was covered in graffiti, some windows were broken, and news outlets reported it was set on fire overnight during protests over the death of George Floyd, a black man who died after being restrained by Minneapolis police officers on May 25. (AP Photo/Sarah Rankin) 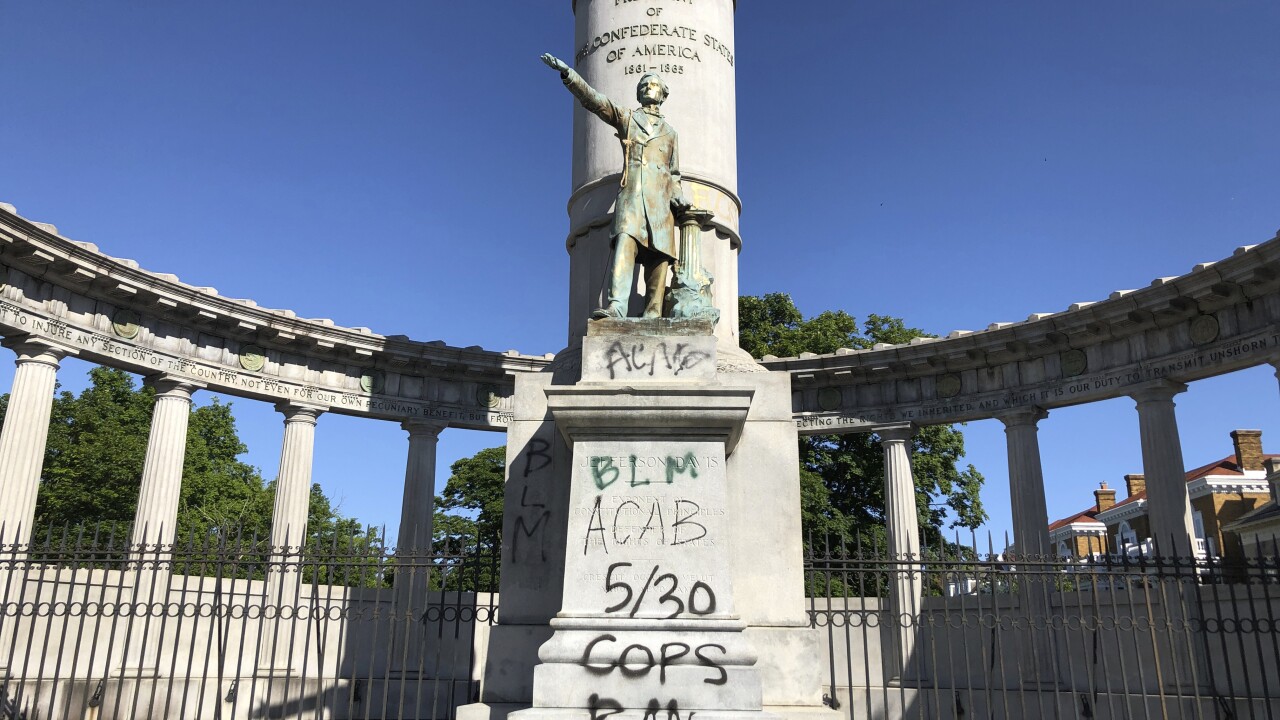 RICHMOND, Va. (AP) — Confederate monuments have become a target of protesters demonstrating against the police killing of George Floyd.

As tense protests swelled across the country Saturday into early Sunday, monuments in Virginia, the Carolinas and Mississippi were defaced.

The headquarters of the United Daughters of the Confederacy in Richmond also burned for a time and had graffiti scrawled on its exterior.

The presence of Confederate monuments across the South and elsewhere in the United States has been challenged for years.

Some of the targeted monuments have been under consideration for removal.

In Tennessee and Pennsylvania, statues of people criticized for racist views, but without Confederate ties were also targeted.