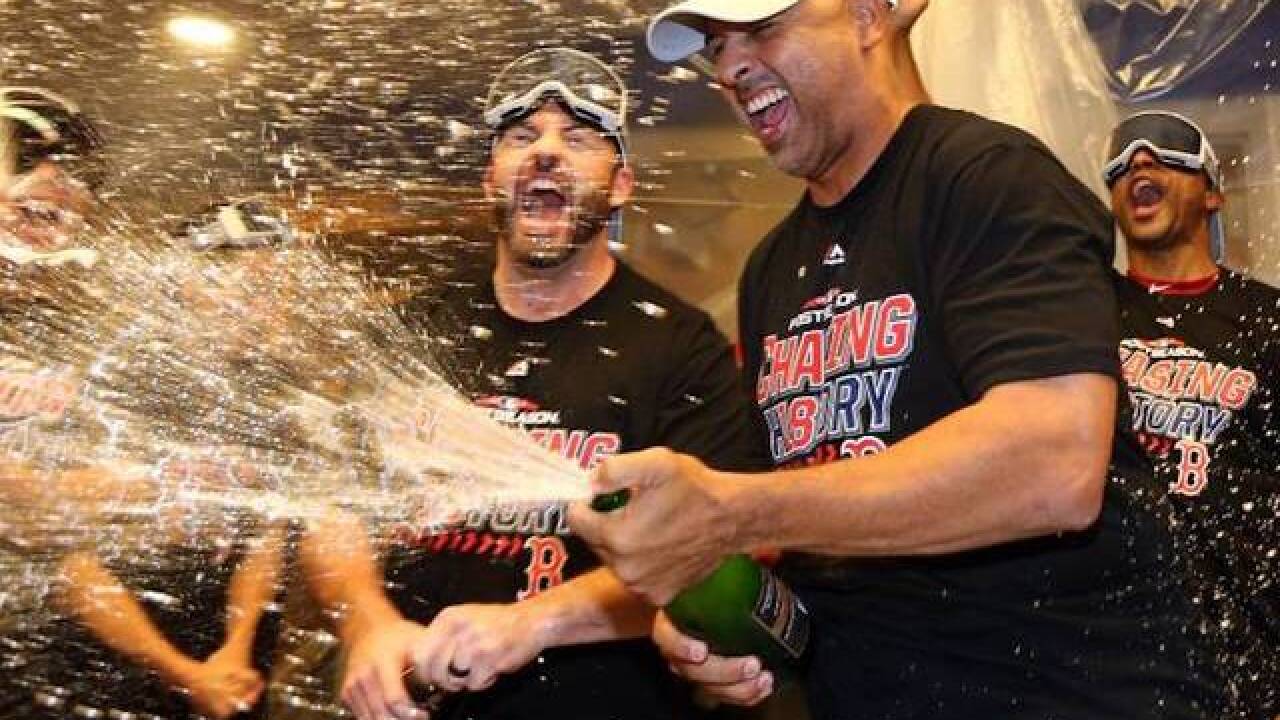 The  Boston Red Sox  made sure to savor their Game 4 win over the  New York Yankees  in the American League Division Series on Tuesday.

Boston was merely returning the favor after Yankees star Aaron Judge had the song echoing throughout the inside of Fenway Park following New York's Game 2 victory on Saturday.

The Yankees nearly erased what had been a 4-0 deficit Tuesday. They scored two runs in the ninth inning off Red Sox closer Craig Kimbrel and had the tying and go-ahead runs on base when Gleyber Torres grounded out to end the game.

The Red Sox are headed to the ALCS for the first time since their World Series victory in 2013.