Report suggests Kevin Durant will rejoin the Warriors for Game 5 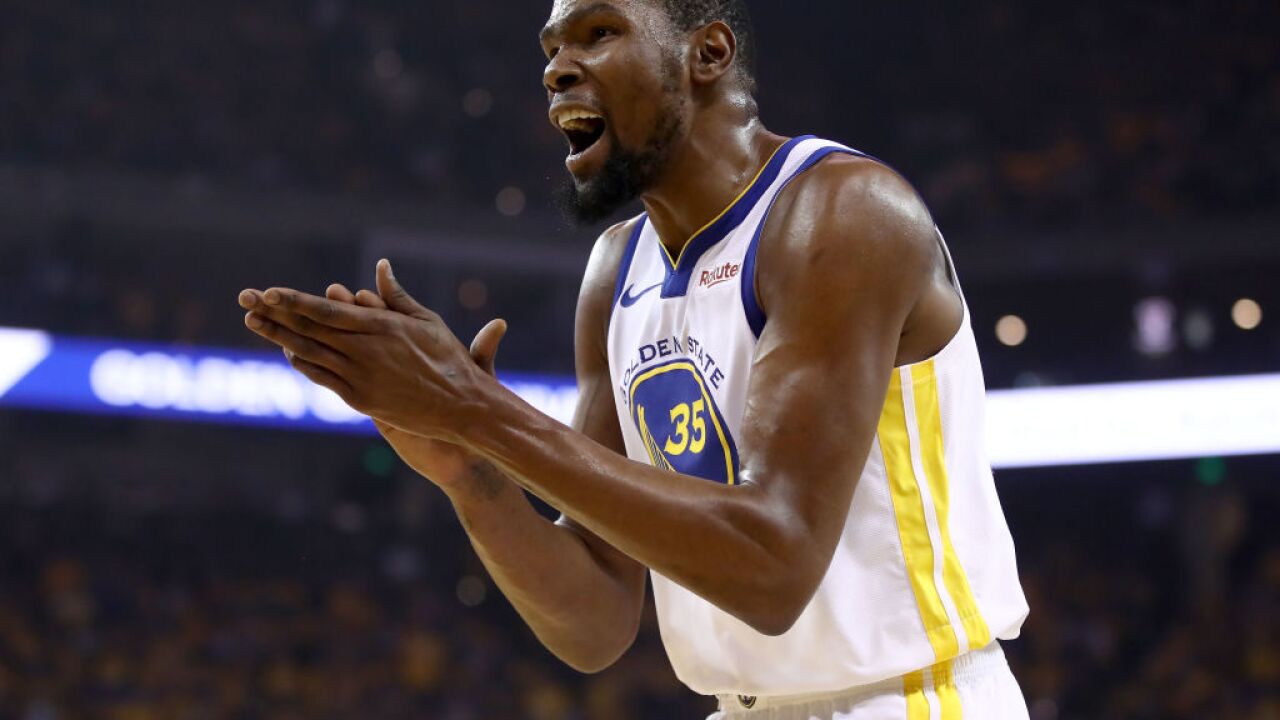 With the Golden State Warriors facing elimination tonight in Game 5 of the NBA Finals, star forward Kevin Durant plans on playing when the ball is tipped shortly after 9 p.m. ET, ESPN reported.

A league source told ESPN reporter Adrian Wojnarowski that Durant plans to play after injuring his right calf on May 8. The Warriors had no problem closing out their series against Houston before dispatching Portland without Durant, but have struggled against the Raptors, trailing 3-1 in the best-of-7 series.

Officially, Durant is listed as "questionable" on the team's injury report. Even with Durant returning from injury, how many minutes he is able to play and how effective he can be is still a mystery. Durant practiced with the Warriors on Monday.

"He's doing more today and then we'll know more after that," he said. "The game plan changes if Kevin is out there or if he's not. So you adapt accordingly. It changes matchups, it changes rotations, all that stuff. That's true all regular season you deal with that, so you're constantly adapting and adjusting according to who is available."

Even a hobbled Durant will be welcomed by the Warriors. He is both the two-time reigning Finals MVP, and a 10-time All Star.