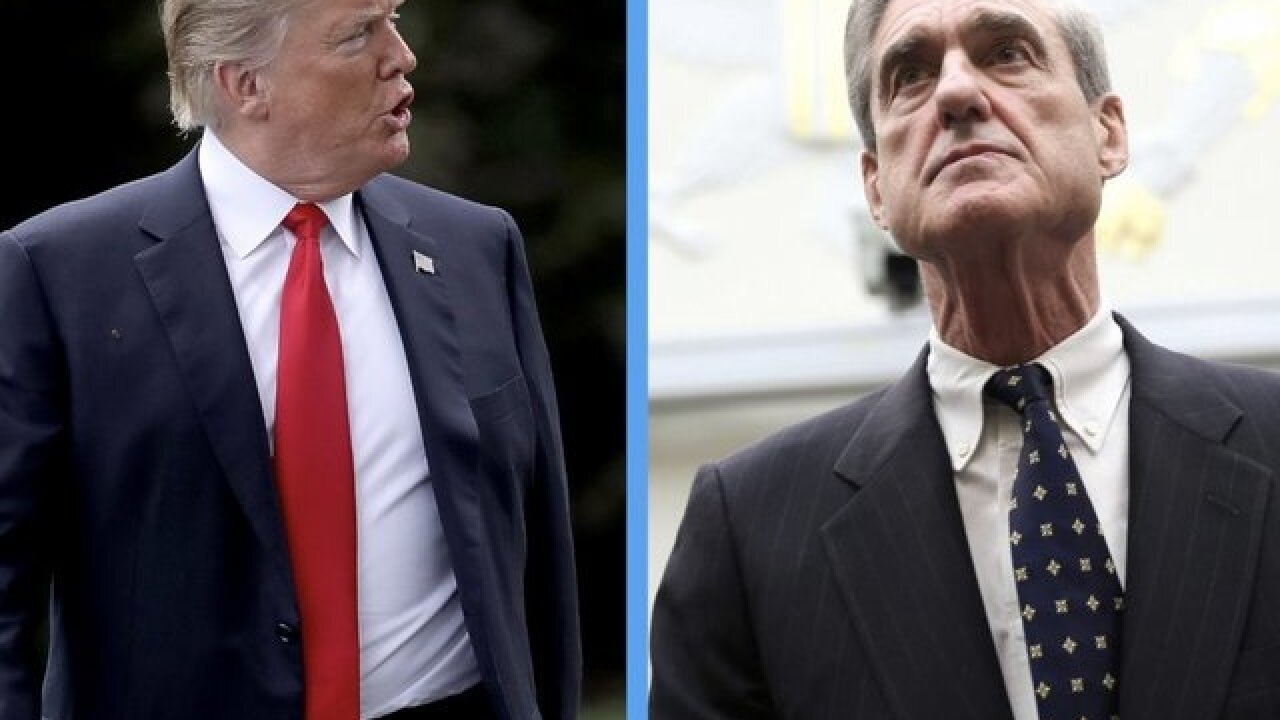 Asked whether he thought Mueller would be fair, Trump said he hopes so.

The responses from the President signify a major development in the Mueller probe following months of negotiations between the special counsel's office and Trump's legal team, and could be a sign of the end stages of the investigation.

But it's not yet clear whether the answers will be enough for Mueller to finish his investigation, as there could be additional questions — and the special counsel's office could still try to pursue an in-person interview with Trump.

Trump and his legal team balked at some of the questions from Mueller that covered the presidential transition and Trump's time in the White House, believing those could be off limits due to executive privilege, CNN has previously reported.

The questions also cover only issues related to the potential collusion investigation and not the probe into possible obstruction of justice.

Once Trump submits his answers, the ball will be back in Mueller's court to decide whether to pursue additional questions, follow-ups to the President's response or an in-person interview.

When Trump's legal team agreed to answer questions about collusion, they put off decisions about answering questions related to obstruction or sitting down for an interview. And Trump suggested in a recent interview with "Fox News Sunday" that those could be off the table.

"I think we've wasted enough time on this witch hunt and the answer is probably, we're finished," Trump told Fox's Chris Wallace when asked if he would say no to an in-person interview or providing answers on obstruction questions.

If Trump's legal team rebuffs further inquiries from Mueller, it will be up to the special counsel to decide whether he has enough to finish writing his report or he needs an interview. Mueller could try to subpoena Trump for an interview, but Deputy Attorney General Rod Rosenstein and acting Attorney General Matt Whitaker likely would need to sign off on that decision.

The big looming question over the agreement for Trump to provide the written answers related to the period during the campaign is whether that satisfies Mueller's questions about the transition and inauguration. Trump's legal team was provided a list of questions in the spring that included asking about efforts during the transition to establish a back channel to Russia and a 2017 meeting in the Seychelles involving Trump ally Erik Prince, a businessman and founder of the private security company formerly known as Blackwater.