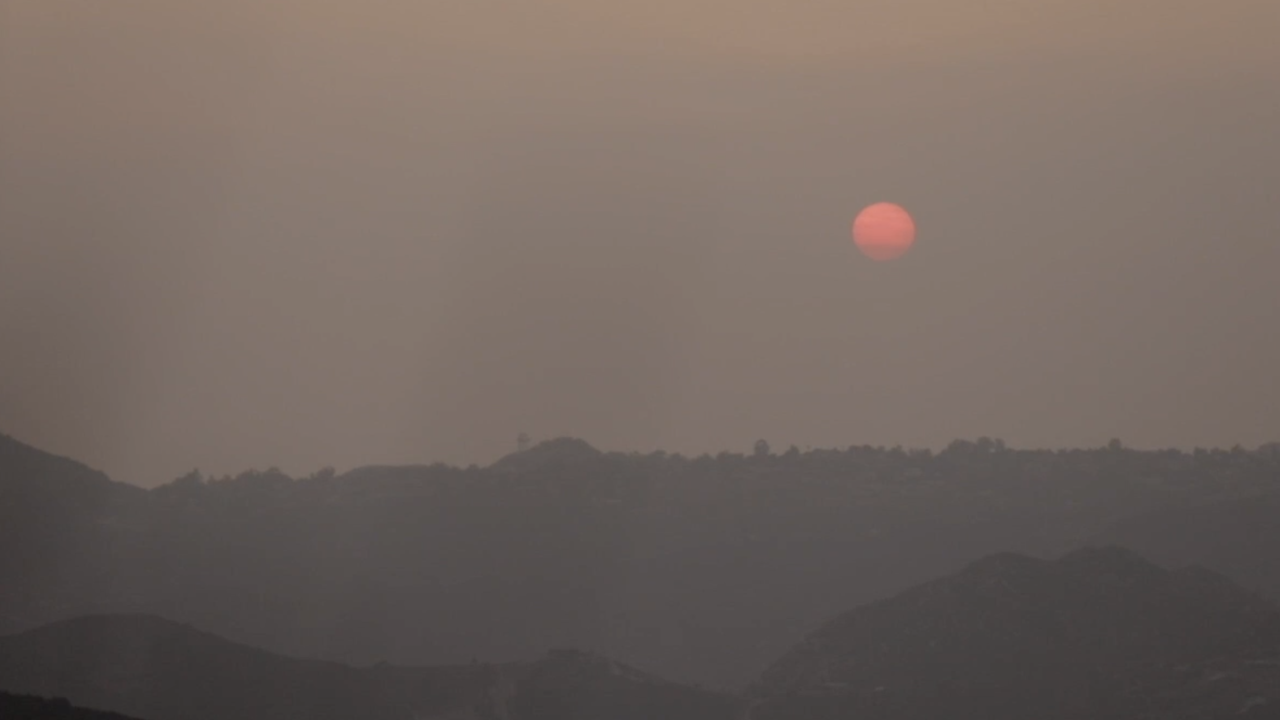 Billowing smoke from wildfires on the West Coast is reaching cities thousands of miles away, and those who live closer to the fires are battling hazardous air for weeks now.

We haven’t even been able to see the sun for a couple weeks,” said Gragg.

Located east of San Francisco, unpredictable fires have dictated her family's lives for weeks now. First, it was the fear of evacuating.

“There were three different fires at the time when this started: one above us, one below us, one to the right.”

Ultimately spared from the flames, her family would still feel the wrath of what’s left in their wake.

“My dad is a disabled veteran with COPD,” she said.

Suffering from a chronic lung disease, it was the first time the Vietnam veteran found himself completely unable to breathe while taking out the trash one evening.

“The ambulance came and of course with COVID, I think that was the first time I really understood what people were going through when you have to see a loved one taken away in an ambulance and you can’t go with them. You don’t know when you’ll see them again,” Gragg said.

He was hospitalized for six days.

Gragg said her family got humidifiers and also downloaded apps to check air quality. The apps reveal that West Coast cities are suffering from some of the worst air in the world, with San Francisco, Portland and Seattle ranking in the top five.

“We can see the atmosphere in totally new ways now, and I have never personally seen so much smoke across the west as I did last week,” said Geoff Cornish, a meteorologist with AccuWeather.

Satellite images show choking smoke blanketing the west and moving across the U.S. and Pacific Ocean.

“Most of the smoke, as it gets carried east of northern plains, is elevated, and that will be high in the atmosphere,” said Cornish. “Now, somebody who might be really susceptible to respiratory illnesses might sense some of that.”

What makes wildfire smoke so toxic is fine particulate matter so small it can get deep into the lungs and bloodstream. It's a public health threat that grows with each destructive wildfire season.

“Climate change is not something that should be debatable anymore,” Gragg said. “We can see it. We need to listen to the scientists. They told us this was coming.”

And now, her family waits to see how many more days will be dictated by historic fires raging around them.