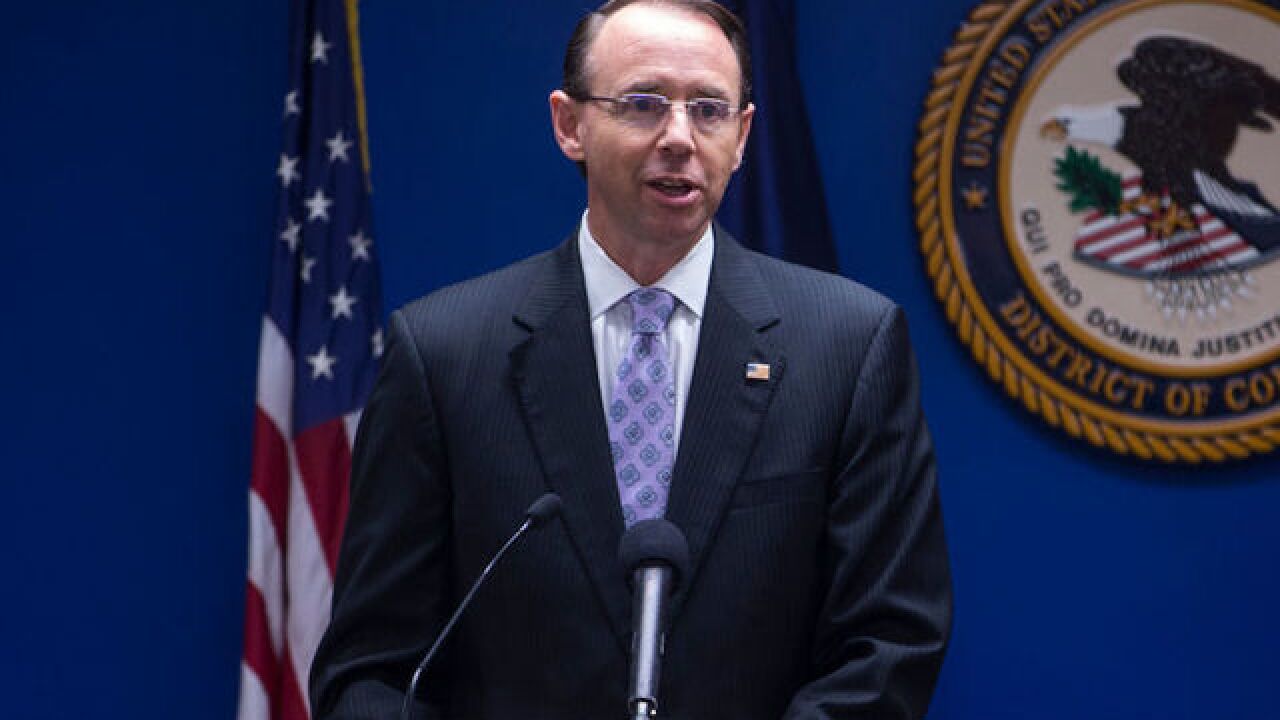 Image copyright 2018 Getty Images. All rights reserved. This material may not be published, broadcast, rewritten, or redistributed.
Zach Gibson
<p>U.S. Deputy Attorney General Rod Rosenstein speaks during a news conference on efforts to reduce transnational crime at the U.S. Attorney's Office for the District of Columbia on October 15, 2018 in Washington, DC. </p>

President Donald Trump's lawyer Rudy Giuliani said in May that Mueller's office was aiming to finish its probe by September. Some elements of the wide-ranging investigation appear be wrapping up, as a handful the defendants who pleaded guilty move on to sentencing. Mueller's office, however, has made no public statements indicating that the investigation is in its final stages despite repeated calls from Trump to wrap up it up as soon as possible.

Last week, CNN reported that Trump's legal team was preparing to answer written questions provided by Mueller, according to sources familiar with the matter.

Rosenstein is overseeing the investigation, as Attorney General Jeff Sessions recused himself from any investigations involving the Trump presidential campaign -- a move that has brought on intense criticism from the President.

Mueller's office and Trump's legal team have been going back and forth for months over terms for the President to be interviewed by the special counsel.

CNN has reported that the questions focus on matters related to the investigation of possible collusion between Trump associates and Russians seeking to meddle in the 2016 election, the sources said. According to sources, Trump's lawyers are preparing written responses, in part relying on documents previously provided to the special counsel.