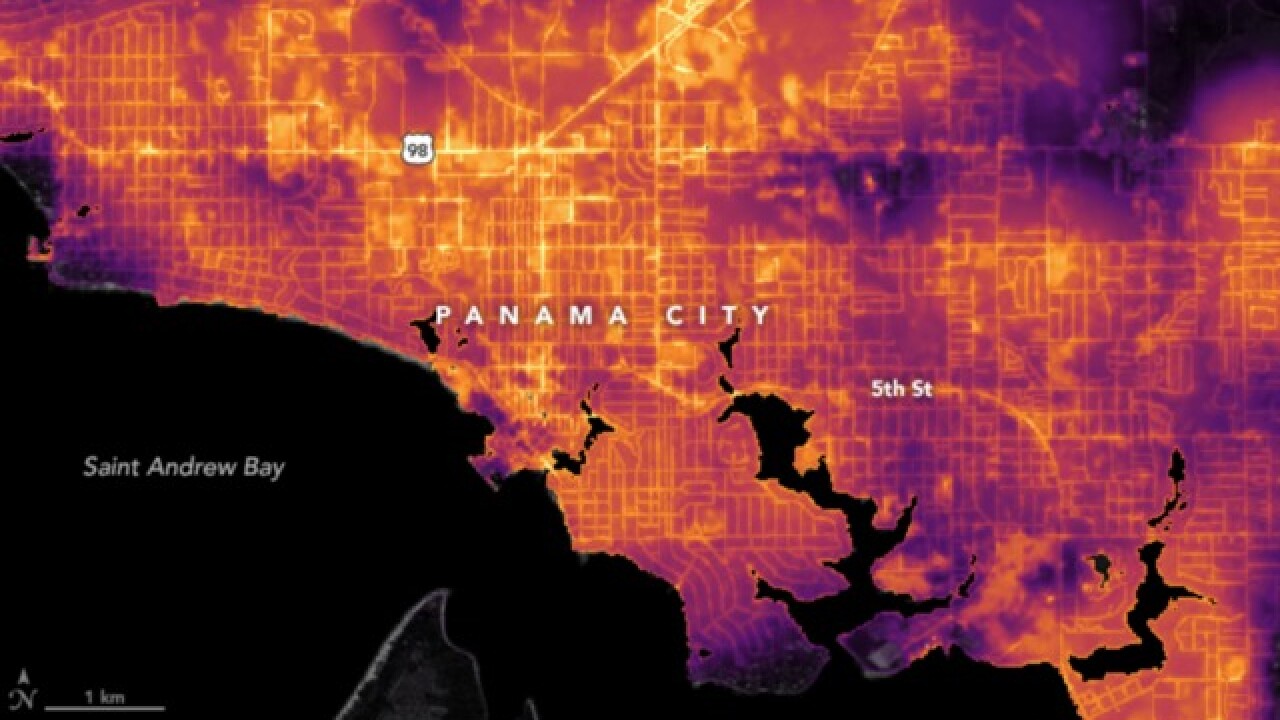 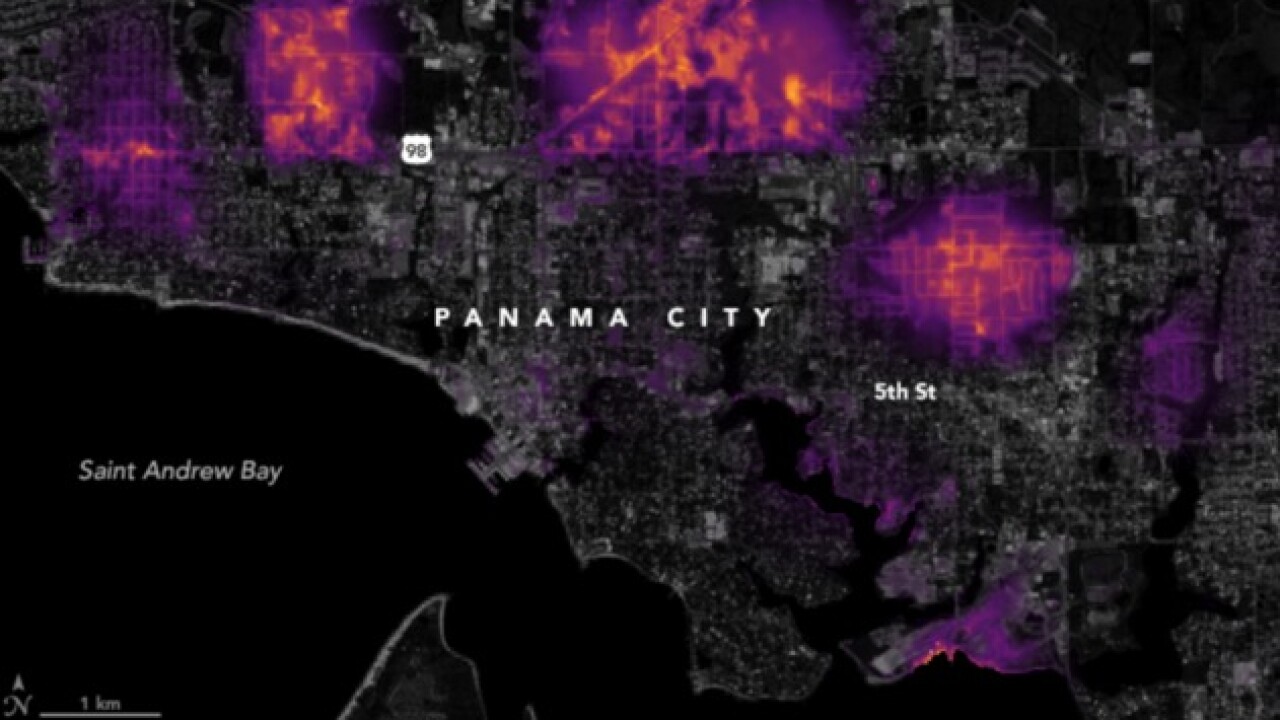 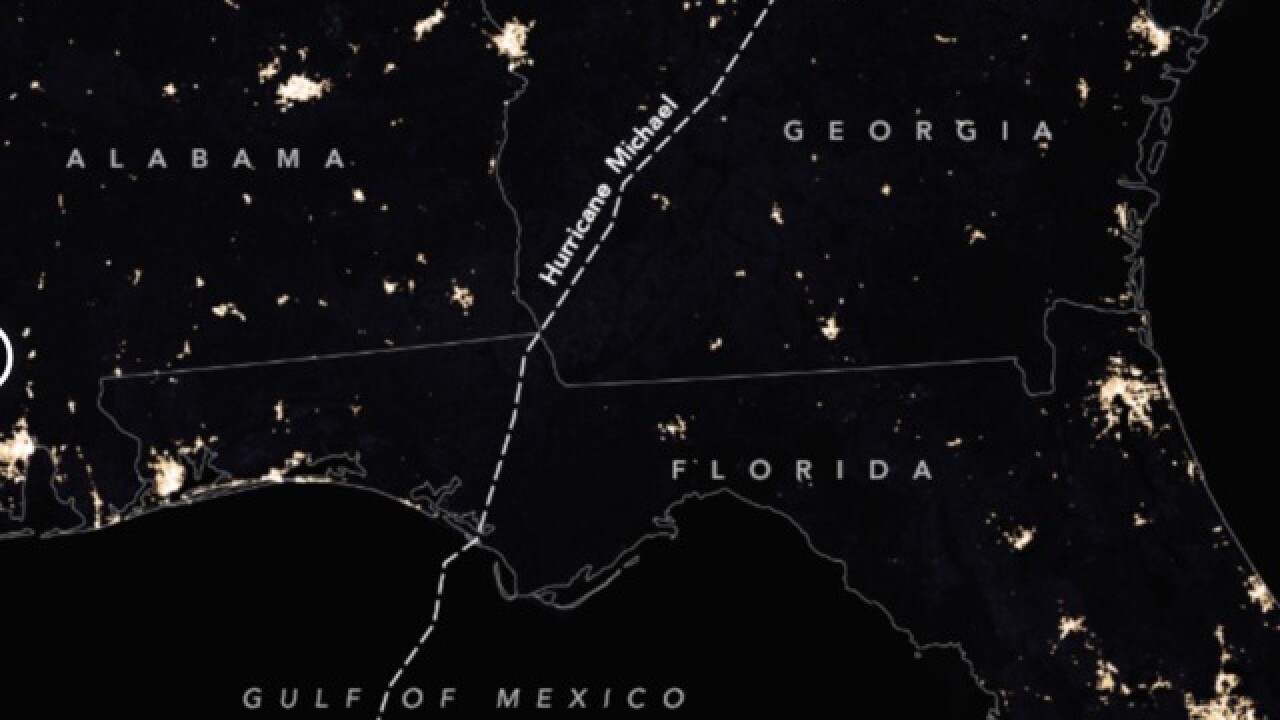 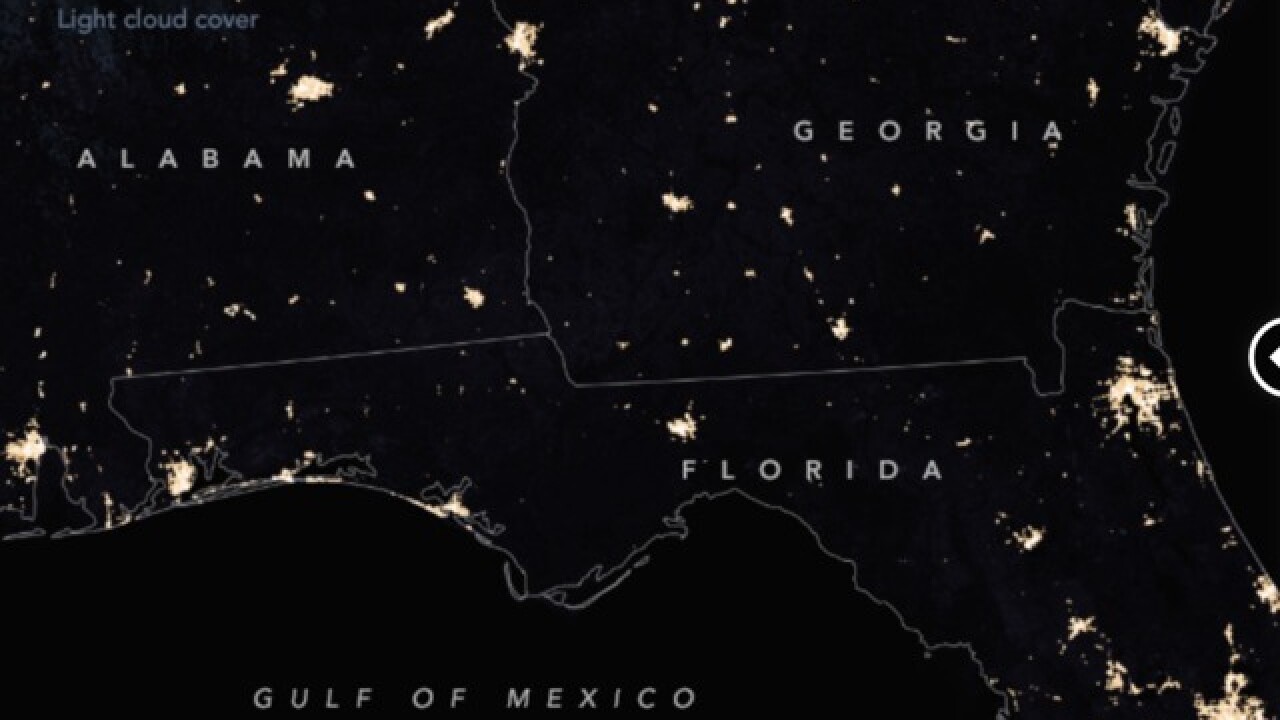 NASA has released satellite images showing how dark it is at night for areas impacted by Hurricane Michael.

The images show the lighting from Oct. 6 compared to Oct. 12. The images show areas such as Panama City, Fla. and Tallahassee were much darker on Oct. 12 than on Oct. 6. Even towns in parts of Alabama and Georgia have also gone dark.

Officials in Florida have said that it would likely take until Oct. 24 before the power is 95 percent restored. At its peak, 2.5 million were without power in Georgia, Alabama and Florida.

There are 35,000 employees from power companies across the United States in the Southeast working to restore power.