Someone bought BrettKavanaugh.com and made it a forum to help sexual assault survivors 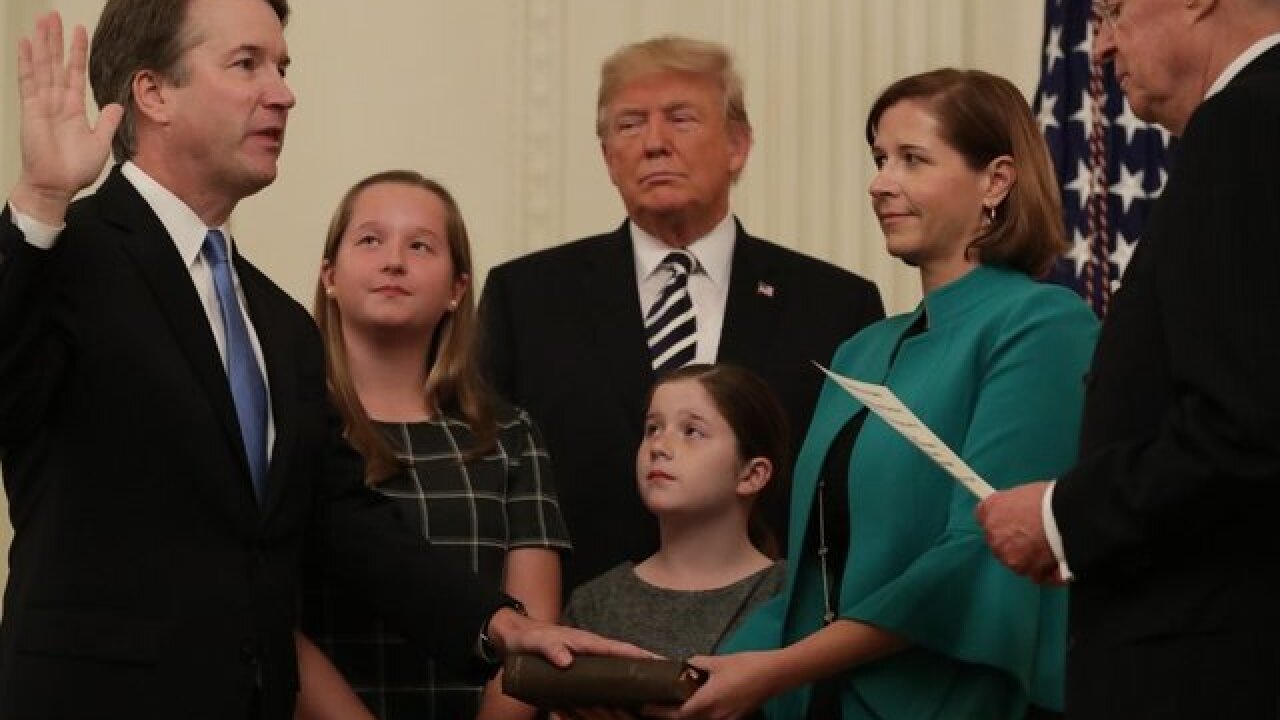 Someone bought the domain and has turned it into  a site dedicated to help survivors of sexual assault .

Instead of a Kavanaugh bio or pearls of judicial wisdom, visitors to the site encounter a black-and-white photo of the Supreme Court building along with a simple message: "We Believe Survivors." Below are links to the National Sexual Violence Resource Center, End Rape On Campus and the Rape, Abuse & Incest National Network -- all resources for survivors who are seeking assistance.

The URL is hosted by  Fix the Court , a nonpartisan judicial reform organization whose main goal is to fight for honesty and transparency on the US Supreme Court.

Even though the site launched this week, the domain was actually purchased three years ago along with a handful of other names of potential Supreme Court nominees.

"In 2015, as the presidential races were going on, I decided to buy domains of possible candidates for the Supreme Court," Fix the Court Executive Director Gabe Roth told CNN. Fix the Court owns about two dozen domain names, including MerrickGarland.net and JudgeGorsuch.com.

"I knew that justices that were 75 years old or older could retire, and the upcoming president would need to pick new ones. So I thought of people who could be in line for the job," Roth said.

Kavanaugh was narrowly confirmed by the Senate on Saturday after a contentious process that was delayed when Christine Blasey Ford and several other women came forward with allegations of sexual assault and misconduct against him. Kavanaugh vehemently denied all the accusations and endured an FBI investigation requested by the Senate.

During Kavanaugh's ceremonial  swearing-in at the White House on Monday , President Donald Trump apologized for "the terrible pain and suffering" he and his family were "forced to endure" during his confirmation process.

Frustrated by Trump's comments, Roth decided to launch the site Tuesday as a way to put "a national focus on the issue of sexual assault."

"Watching the White House ceremony last night and listening to the President again cast doubt on the veracity of Dr. Ford's claims, while not hearing a word of contrition from the newest justice, was difficult for many Americans who have experienced sexual misconduct firsthand," Roth said in a statement.

CNN has reached out to the Supreme Court for comment.

Roth hopes his website can help survivors while starting a conversation about making the Supreme Court confirmation process more transparent.

"The entire process was not 100% open to the public. There was information that was not disclosed, and the FBI report was mostly hidden," he said. "This shows that there needs to be more done to make court more open and transparent, and I want to lead that conversation."

Roth added that he's not looking to make any enemies and if the Supreme Court asked him, he'd take the Kavanaugh website down or just replace it with original Fix the Court site -- something he plans to do eventually anyway.