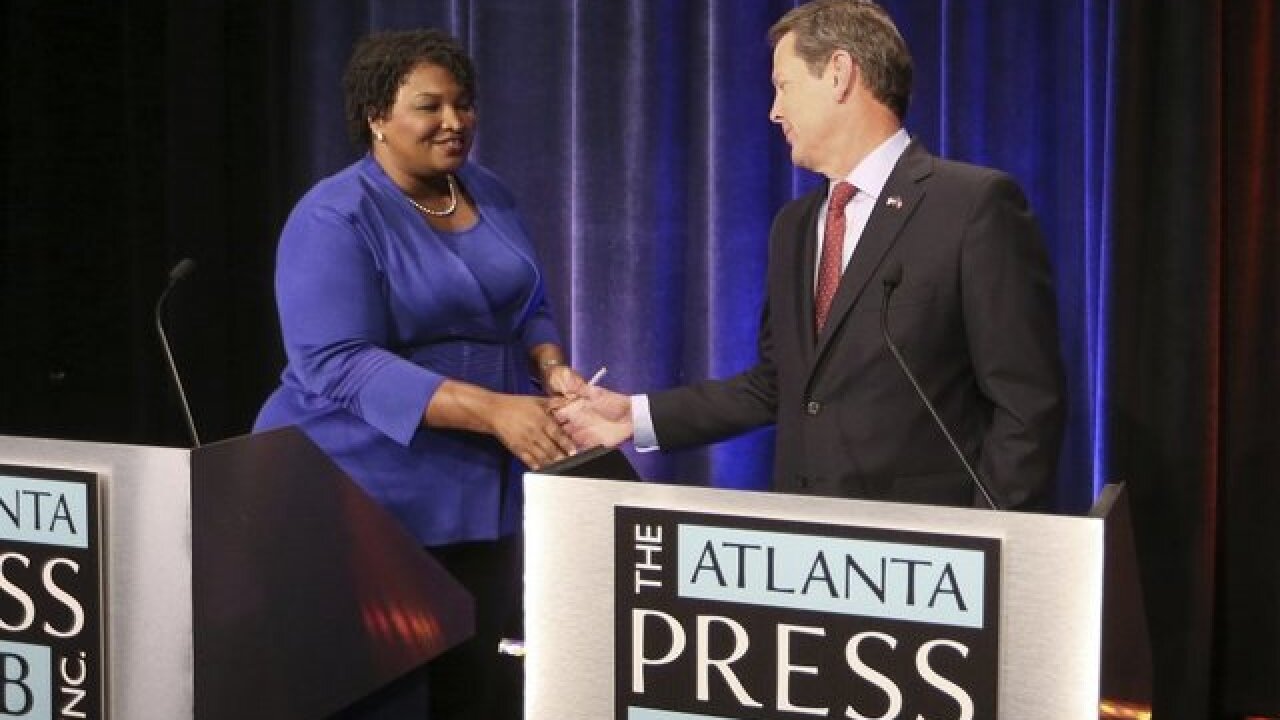 Democrat Stacey Abrams on Friday acknowledged that Republican Brian Kemp will become the next governor of Georgia, ending her bid to become the first black woman in American history to lead a state.

The announcement comes after more than a week of post-election legal maneuvering from her campaign and allies as they sought to find enough votes to reduce Kemp's lead and force a December 4 runoff.

Abrams was considering further legal challenges as recently as this morning, but ultimately made the decision to end her campaign in a fiery speech to supporters at her headquarters in Atlanta.

Even in acknowledging defeat, Abrams insisted her speech was not a speech of concession.

"So let's be clear -- this is not a speech of concession, because concession means to acknowledge an action is right, true or proper," she said. "As a woman of conscience and faith, I cannot concede that. But, my assessment is the law currently allows no further viable remedy. Now, I can certainly bring a new case to keep this one contest alive, but I don't want to hold public office if I need to scheme my way into the post. Because the title of governor isn't nearly as important as our shared title -- voters. And that is why we fight on."

Abrams had previously described Kemp as an "architect of voter suppression" and in her remarks said he had purposefully made the process a "gut-wrenching hardship" for many in Georgia.

"Under the watch of the now former secretary of state, democracy failed Georgia," Abrams said of Kemp, who served as the state's chief elections officer for nearly a decade before resigning after overseeing his own contest.

"Make no mistake, the former secretary of state was deliberate and intentional in his actions," Abrams said. "I know that eight years of systemic disenfranchisement, disinvestment and incompetence had its desired affect on the electoral process in Georgia."

Earlier in the day, Abrams' campaign launched a digital ad that asked voters to share their stories of trouble at the polls.