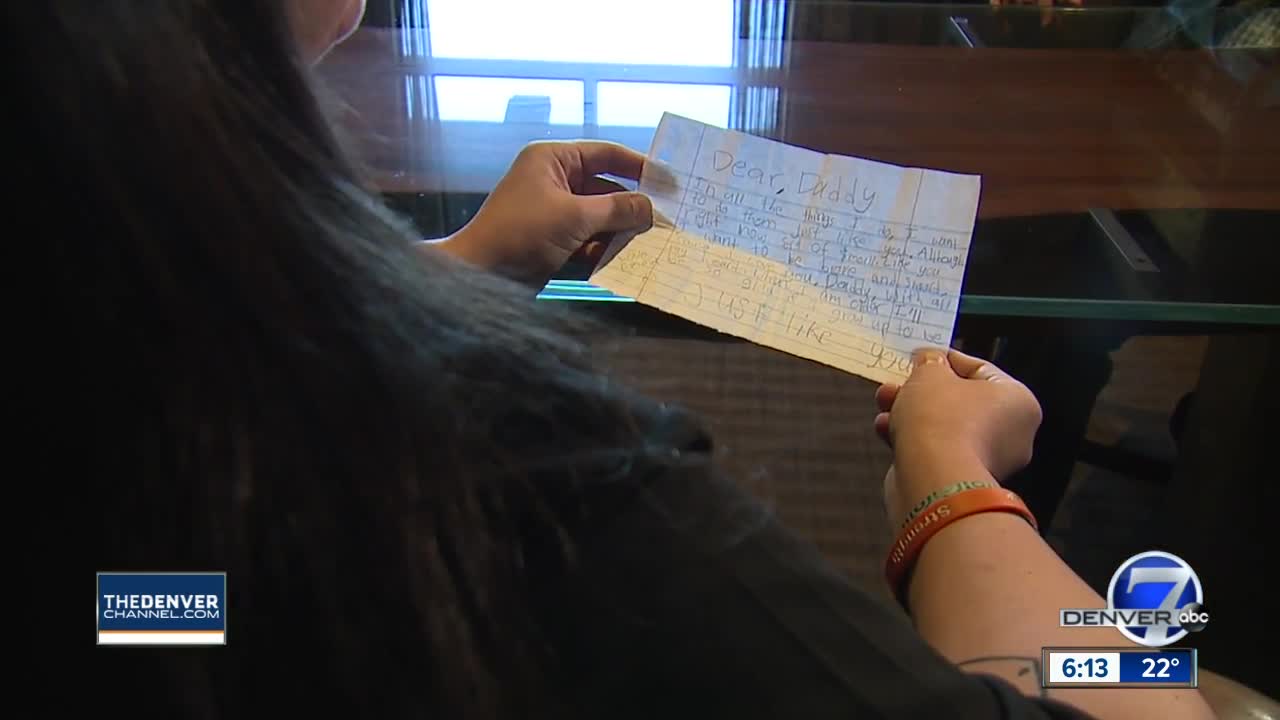 A complete stranger is now on a mission to reunite a heartfelt note from a little girl to her father, found on the floor at Denver International Airport. 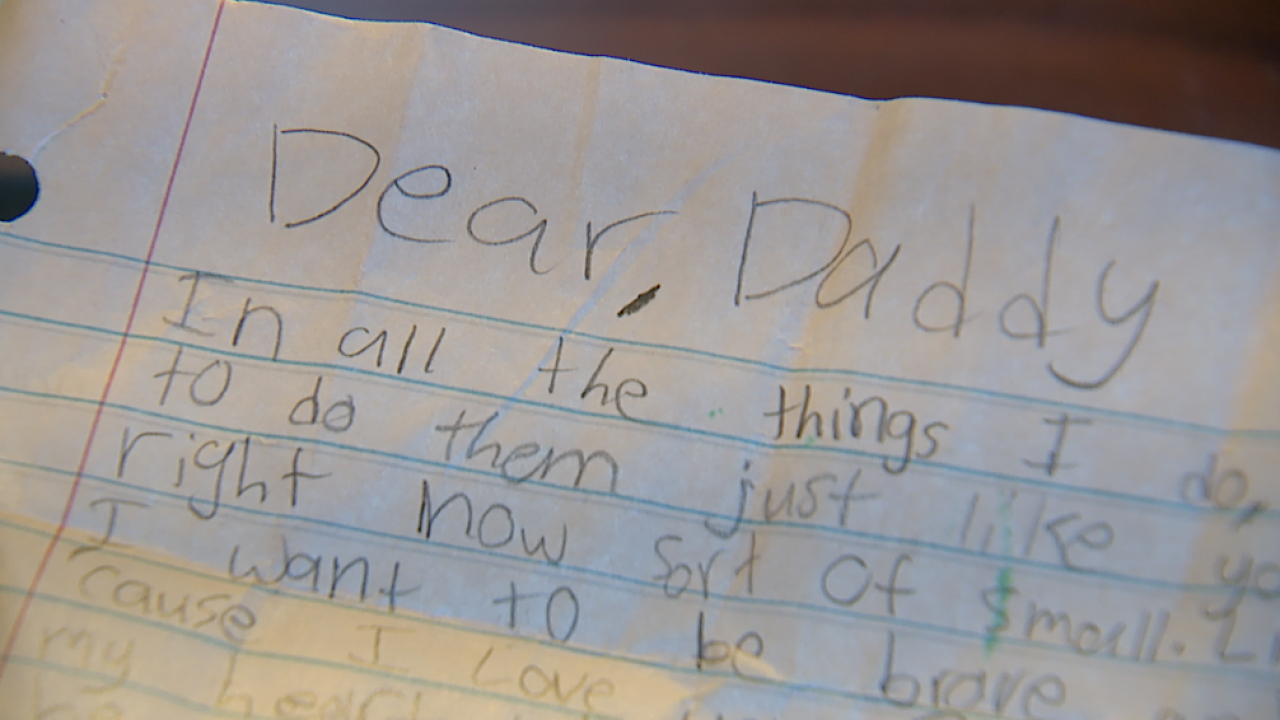 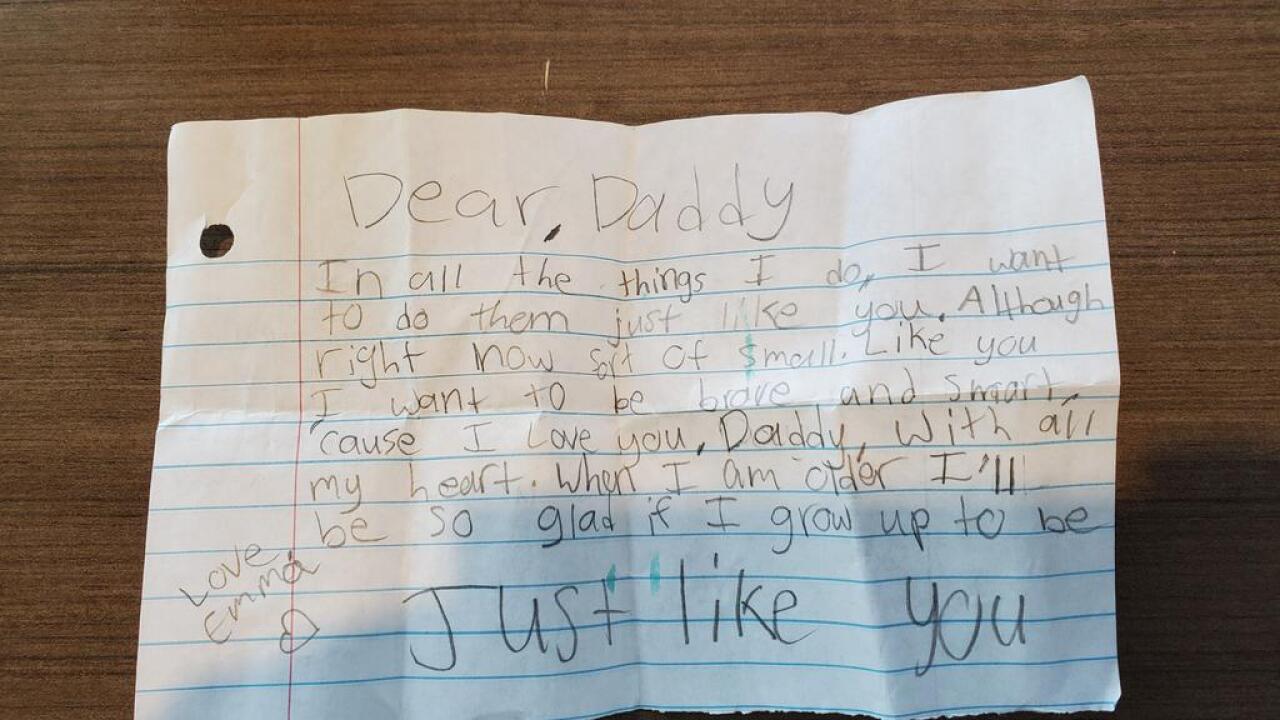 DENVER, Colo. — A complete stranger is on a mission to reunite a heartfelt note from a little girl to her father, which was found on the floor at Denver International Airport (DIA).

“It was just about the sweetest thing I ever read,” said Alex Roberts.

She flew into DIA for a work conference and when she landed and was walking through the airport, she saw a folded piece of paper on the floor. She thought it was trash, but opened the half sheet of paper to discover something far more meaningful.

“It was a note from a child — you could tell right away by the handwriting,” she explained.

Dear, Daddy
In all the things I do, I want to do them just like you. Although right now (I’m) sort of small. Like you I want to be brave and smart, cause I love you, Daddy, with all my heart. When I am older I’ll be so glad if I grow up to be just like you.
Love, Emma

“This is the kind of thing that if my kid had written it to me, I would probably have it framed and put it on a desk,” Roberts said. “I can’t imagine he’d feel differently.”

She tweeted out a picture of the note with the hashtag #FindEmmasDad, and the responses and retweets started flowing in.

“I haven’t gotten that kind of response to anything, I think,” Roberts said with a laugh.

The complete stranger doesn’t know anything about the girl who wrote the note or her dad, but believes she can glean something from the 59 simply printed words.

“I feel like he’s a role model. He’s a very active person in her life and having a lot to do with how she perceives the world,” she said. “And I think that’s the kind of parent most people want to be and it sounds like this guy is succeeding.”

The odds may be slim, but Roberts is still dedicated to trying to find Emma's dad.

“I mean what are the chances we find this person? But how cool would it be if we actually did?” she said.

This story was originally published by Jason Gruenauer at KMGH.