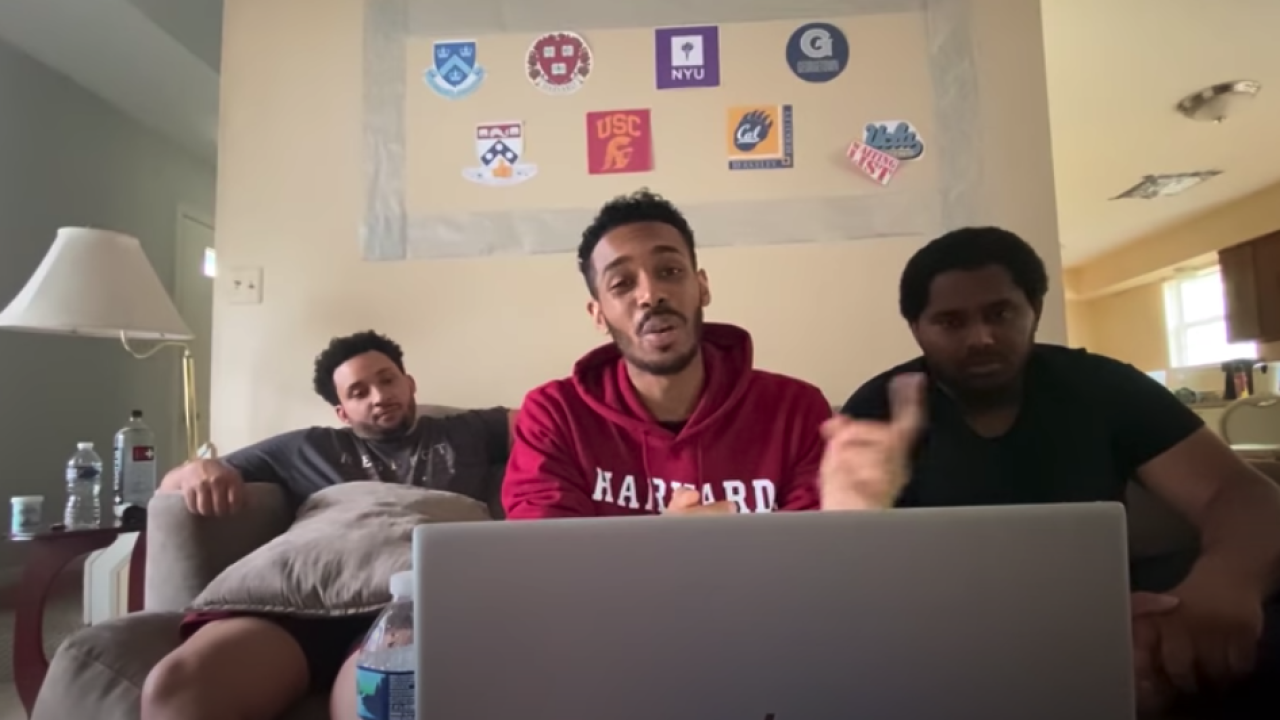 Rehan Staton
Rehan Staton, seen here in a YouTube video of his college decision reactions, is headed to Harvard Law.

The road to college sometimes has twists and turns, for Rehan Staton, the road to Harvard Law included recovering from injuries, growing up with a single parent, and years as a sanitation worker.

Staton’s life changed when he was 8, when his mother left, according to CNN. His father raised him and his brother, reportedly working multiple jobs to make ends meet. Staton struggled in high school, and graduated with the help of a tutor his dad found. An injury before graduating meant an athletic scholarship was out of reach.

When his dad suffered a stroke, Staton and his brother took jobs as sanitation workers to support the family. While collecting garbage, Staton found time to attend the University of Maryland.

He spent his college years waking up early and collecting garbage before class. Staton says it was because of encouragement from his sanitation coworkers that he kept going to class. He graduated with a history degree and a GPA of 3.84 in December 2018. Staton was profiled in the University of Maryland’s campus paper.

Staton wasn’t done. After graduating he took a job to support his dad and didn’t give up on higher education. He applied to 9 schools. His cousin reportedly had the idea to record Staton opening letters from schools he applied to, to capture his reactions. Staton says the admissions process was “super random at times” and encourages people not to “internalize it.”

He is now headed to Harvard Law School this fall, and his excitement after years of hard work was caught on camera. His reaction to Harvard is about 6 minutes into the video.

There is currently a gofundme account set up to help Staton raise the money needed to attend Harvard. He will reportedly be taking classes online this fall and hopes to be on campus soon.