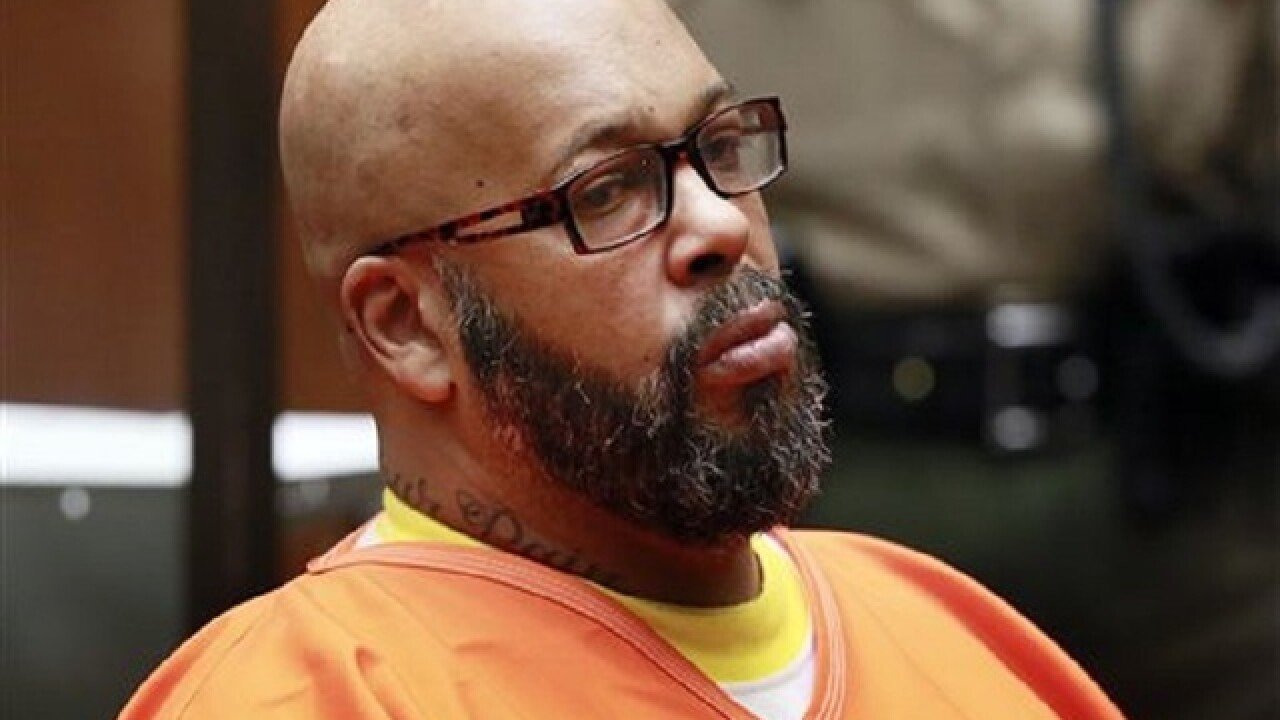 Nick Ut
<p>FILE - In this July 17, 2015 file photo, Marion "Suge" Knight sits in court during a bail hearing in his murder case, in Los Angeles. A Los Angeles judge ruled on Thursday, April 28, 2016, that jail officials properly obtained an order restricting the Knight�s access to non-attorney visitors, phone calls and mail while he remains behind bars while awaiting trial on murder and attempted murder charges. Knight�s lawyer had sought to overturn the restrictions, which were granted after a sheriff�s detective requested them in a sealed court filing in February. (AP Photo/Nick Ut, File)</p>

Former rap mogul Marion "Suge" Knight was sentenced to 28 years in prison Thursday for the death of a man during a hit-and-run incident on the set of the movie "Straight Outta Compton."

Knight, 53, pleaded no contest to manslaughter earlier this month in connection with the death of Terry Carter.

Suge Knight pleads no contest to manslaughter, faces 28 years in prison for 2015 hit-and-run

The former Death Row Records co-founder had been facing life in prison for Carter's death and one count of attempted murder in the case of Cle "Bone" Sloan, who was maimed after Knight allegedly struck the pair with his truck.

Knight had also been charged with one count of hit-and-run.

Suge Knight is charged with murder in hit-and-run case

Video of the incident showed a truck driven by Knight pulling into the entrance of a Compton restaurant near the site where the movie was being filmed in 2015.

The driver of the truck is seen being approached by Sloan, a security guard, and the two men appear to talk for a few moments, with Knight remaining inside the vehicle.

Suddenly, the vehicle backs up, knocking Sloan to the ground. While still in reverse, the truck moves out of range of the security camera.

The vehicle is then seen zooming forward, back into camera range, running over Sloan a second time, and then running over a second man, Carter, a former rap music label owner.

"He never got out of the car, to see if my uncle was okay. This has to be in my family forever. Nothing will be the same. Not even an apology, condolences have been made to my family," Carter's niece tearfully stated.

Knight, wearing an orange jumpsuit and glasses, looked on, expressionless. Family members voiced their anger at Knight and said they are haunted by the video of the incident.

Judge Ronald S. Coen expressed his sympathy for Carter's family. A choked "thank you" could be heard from the gallery.

The maximum penalty for voluntary manslaughter in California is 11 years in prison, but that was doubled because of Knight's prior convictions under the state's three-strikes law, the Los Angeles County District Attorney's office said.

Knight faced another five years because the conviction is for a serious and violent felony and one additional year for a deadly weapon allegation involving the truck he used.

"Straight Outta Compton" tells the story of the founding of the rap group N.W.A.

Who is Suge Knight? Stories behind tough hip-hop legend

Over the years Knight, a former football player with both an imposing physique and personality, was frequently in the headlines for run-ins with the law.

Knight was driving the car in which rapper Tupac Shakur was shot and killed in Las Vegas in 1996.

Shortly afterward, Knight spent several years in prison for violating parole on assault and weapons convictions. That prison time -- along with Shakur's death, feuds between Knight and a number of rappers, and desertions by Dr. Dre, Snoop and others -- contributed to the label's bankruptcy in 2006.