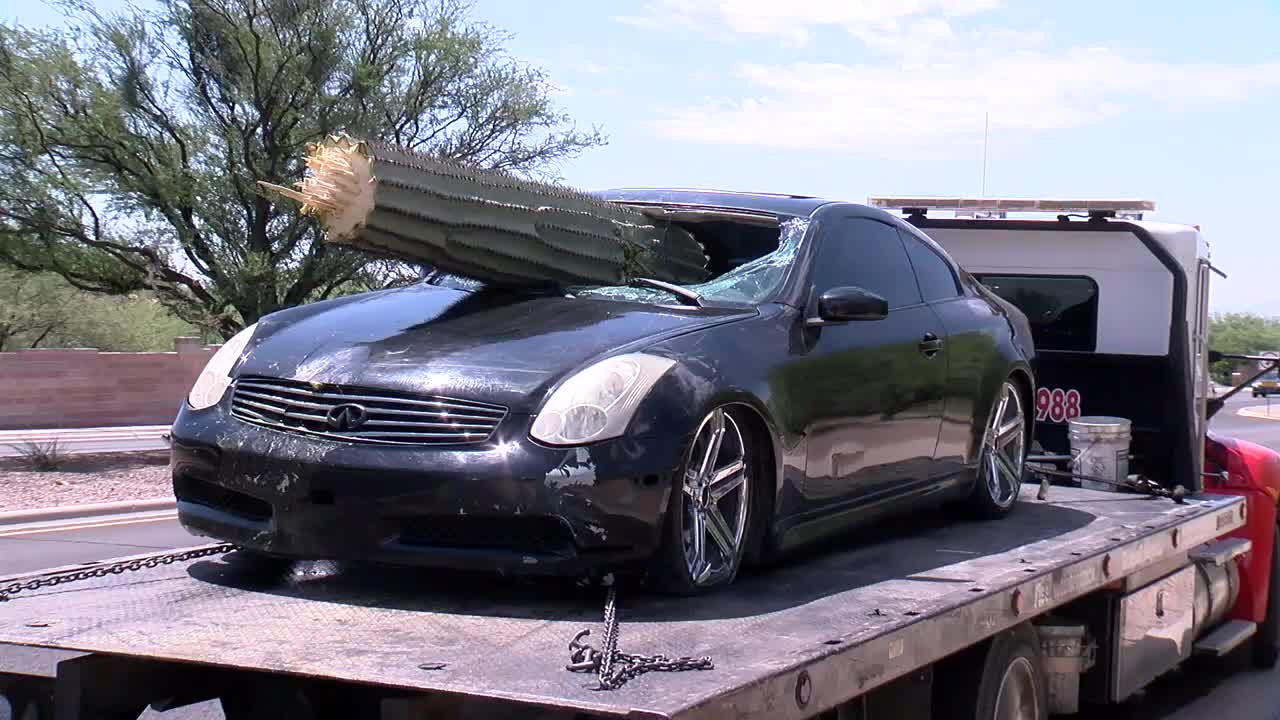 A driver suffered minor injuries after driving through the median and hitting a saguaro, which punctured the car's windshield. 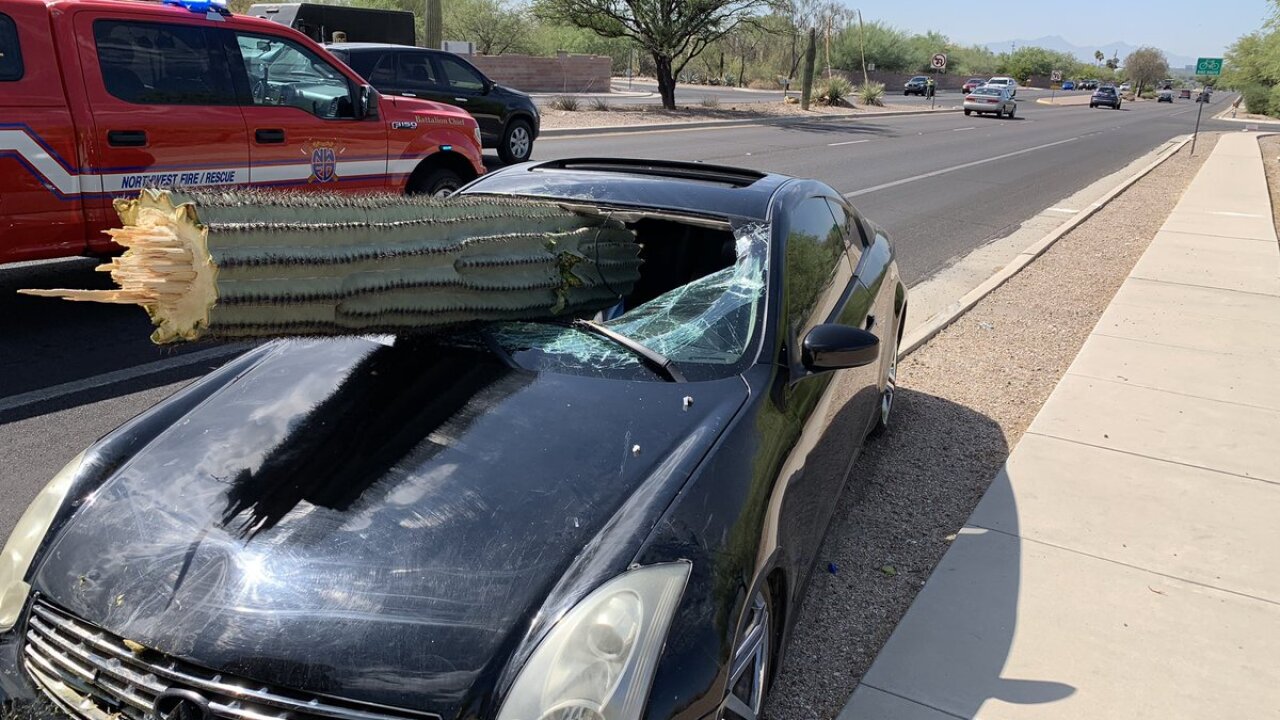 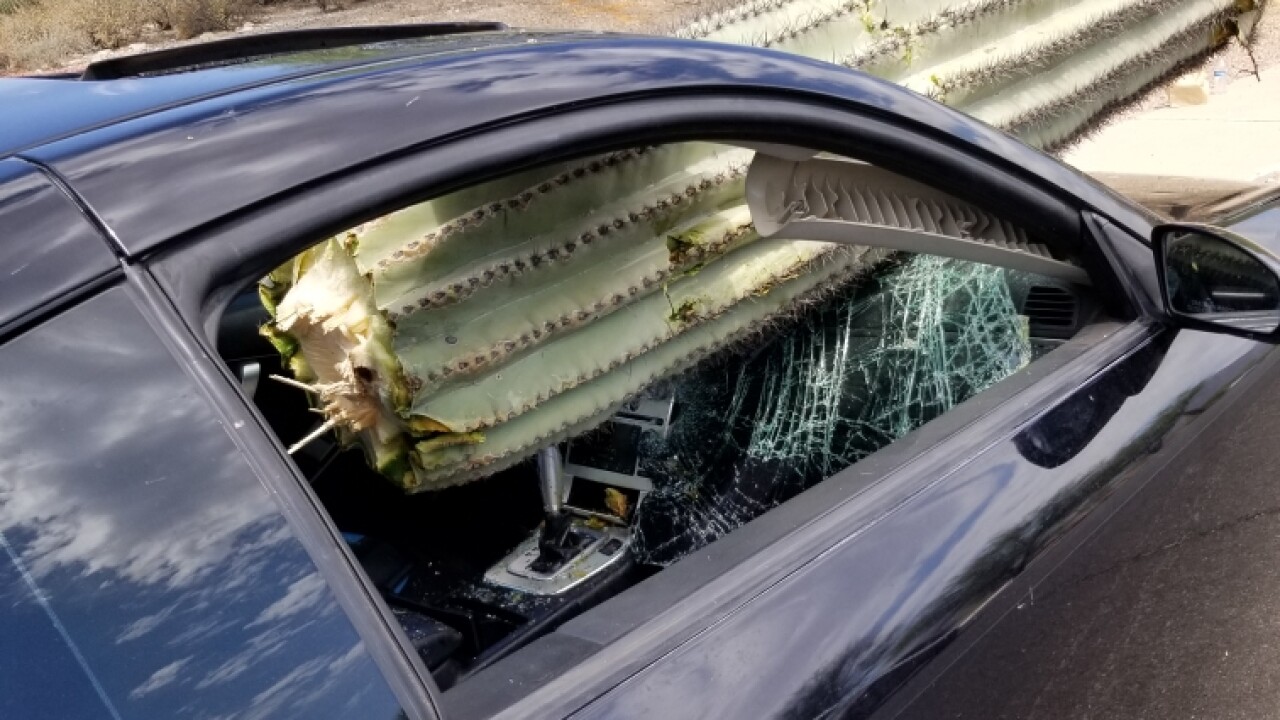 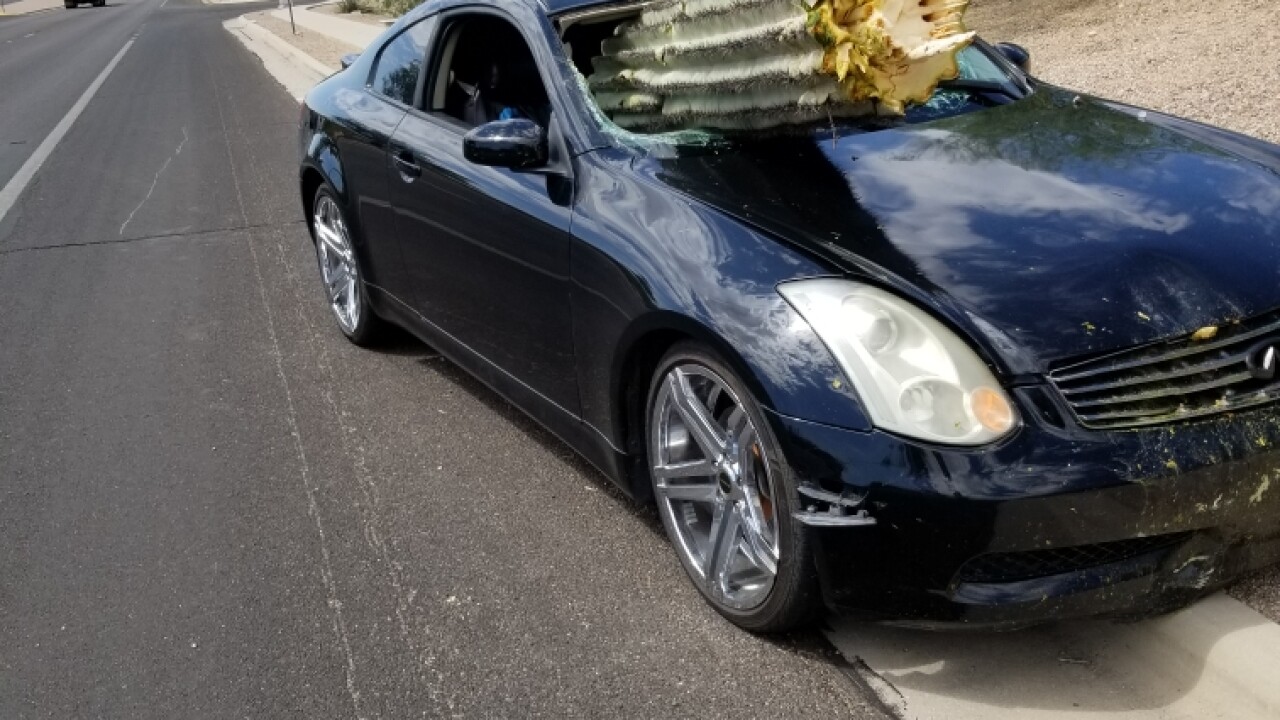 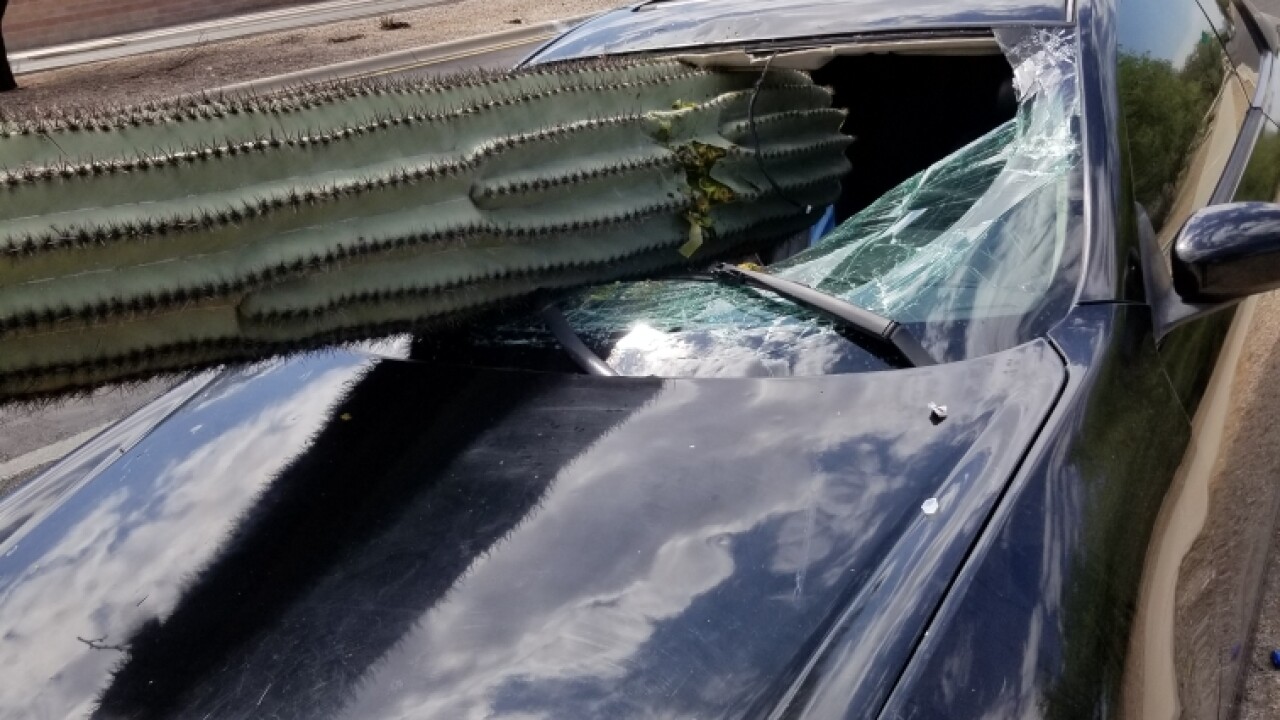 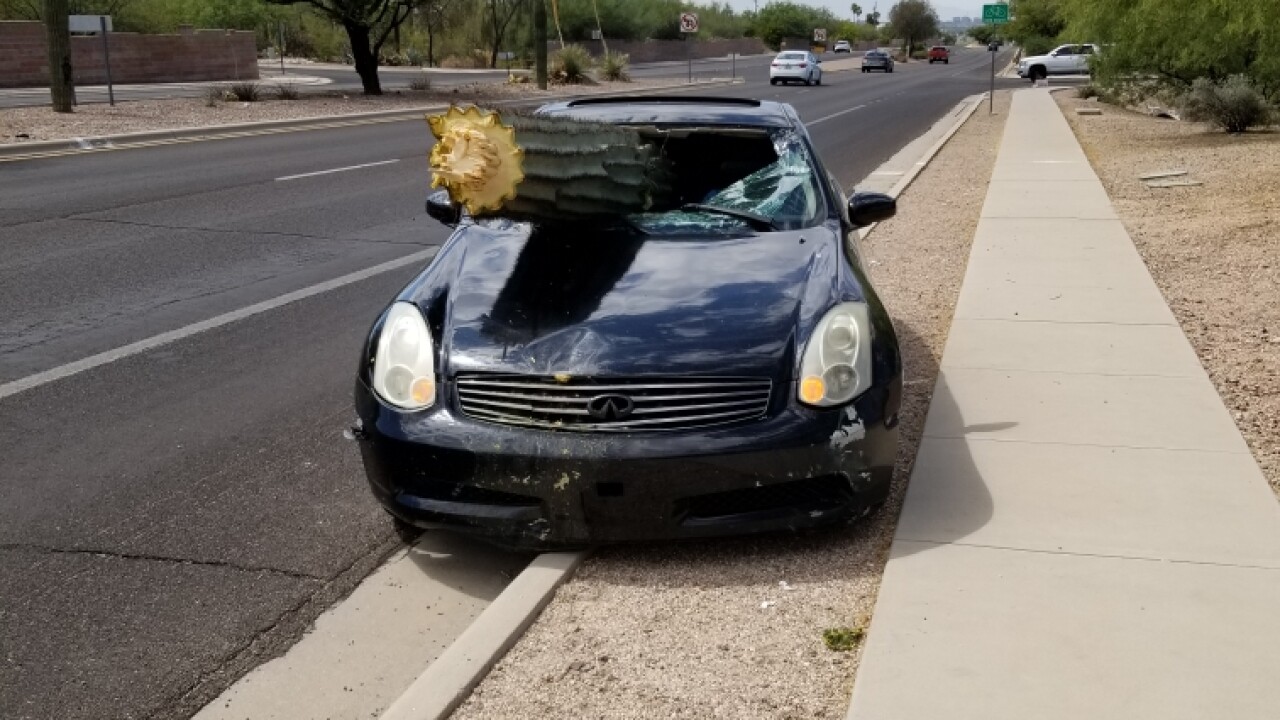 TUCSON, Ariz. — A driver suffered minor injuries Wednesday morning after driving through a median and hitting a saguaro cactus , which punctured the car's windshield

According to Pima County Sheriff's deputy Daniel Jelineo, a black sportscar went through the median near First Ave. and Agave Drive in Tucson at 9:26 a.m. local time. Jelineo said the driver, who showed symptoms of impairment, was detained for investigation.

This story was originally published by Phil Villarreal on KGUN in Tucson, Arizona.