After closing 175 locations due to civil unrest, Target reopens all but 6 stores 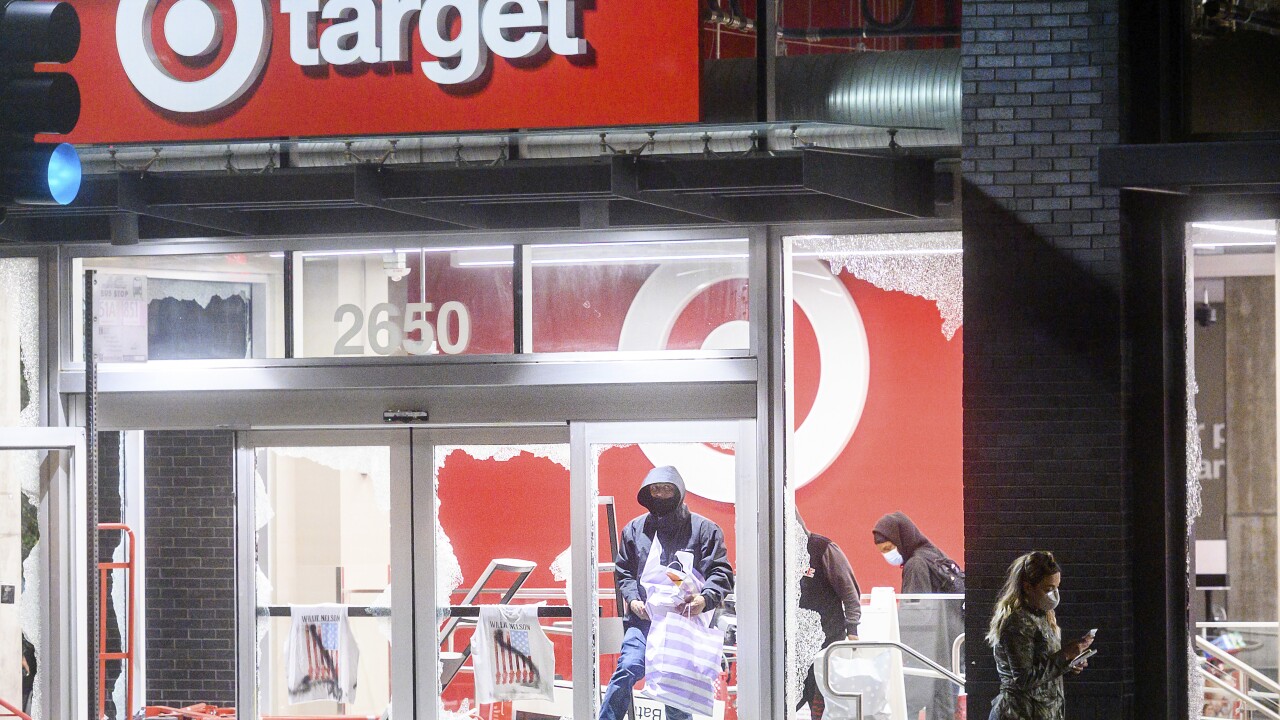 Noah Berger/AP
People leave a vandalized Target store in Oakland, Calif., on Saturday, May 30, 2020, during protests against the death of George Floyd, a handcuffed black man in police custody in Minneapolis. (AP Photo/Noah Berger)

After temporarily closing 175 locations throughout the US, Target has reopened all but six locations after several were broken into during the recent protests over the death of George Floyd in Minneapolis last week.

Officials did say that employees will be paid for up to 14 days.

"The safety of our team and guests is our top priority. At this time, we are making the decision to adjust store hours or close stores temporarily," said Target in a statement. "We recognize the important role we play in helping our communities shop for the food, medicine and other essentials they need. We apologize for the inconvenience and will reopen our stores on their normally scheduled hours as soon as it is safe to do so."

Floyd, who was black and handcuffed, died after a white Minneapolis police officer used his knee to pin Floyd's neck down for several minutes while Floyd pleaded for air.

One store that was looted near the site of Floyd's death, Minneapolis' Lake Street location, will remain closed through late 2020, Target said.