This $100K meteorite was used as a doorstop for 30 years 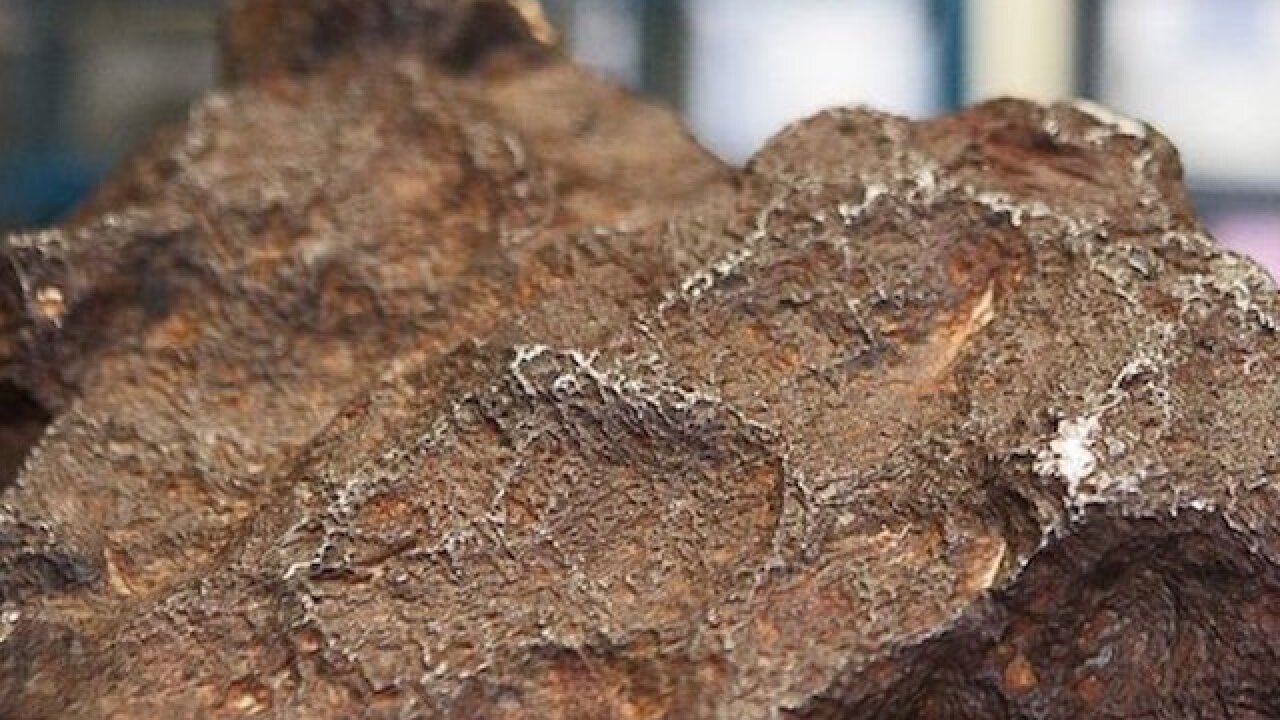 © 2018 Cable News Network, Inc.
WXMI/Central Michigan University
<p>**EMBARGO: Grand Rapids-Kalamazoo-Battle Creek, MI** A rock that was used as a doorstop on a Michigan farm for decades has been identified as a meteorite worth $100,000.</p>

A 22-pound rock that has been propping open a door in Michigan for decades turns out to be a meteorite valued at $100,000, according to Central Michigan University.

Mona Sirbescu, a CMU geology professor, gets asked all the time by people to examine the rocks they bring her -- but none ever turn out to be an official space rock.

"For 18 years, the answer has been categorically 'no' -- meteor wrongs, not meteorites," Sibescu said in a statement from CMU on Thursday.

But that all changed when she was asked to examine an oddly shaped large rock that a Michigan man, who didn't want to be named, had had in his possession for the last 30 years.

"I could tell right away that this was something special," Sibescu said.

After testing, she determined it was a meteorite, made of of 88.5% iron and 11.5% nickel. This isn't just any space rock, though. Weighing 22 pounds, it's the sixth-largest recorded find in Michigan -- and potentially worth $100,000, according to CMU.

"It's the most valuable specimen I have ever held in my life, monetarily and scientifically," Sibescu said.

For double verification, a slice of it was sent to the Smithsonian Institution in Washington, DC, which validated it was in fact a meteorite, according to the press release.

The rock arrived on Earth sometime in the 1930s, according its owner, who obtained it in 1988 when he bought a farm in Edmore, about 30 miles southwest of Mount Pleasant. While touring the property, the man spotted the rock propping open a door and asked the farmer what it was.

The farmer told him it was a meteorite, that it was part of the property and he could have it.

The farmer said that it had come down onto the property in the '30s -- "and it made a heck of a noise when it hit," the new owner recalled him saying, according to CMU's statement. In the morning, the farmer and his father found the crater and dug out the still-warm meteorite.

The new owner lived on the farm a few years, and when he moved, he took the mystery rock with him. For the past thirty years, he has used it as a doorstop and sent it off to school with his children for show-and-tell.

This year, the man was inspired by stories of Michigan residents finding and selling pieces of meteorites.

From doorstop to display

"What typically happens with these at this point is that meteorites can either be sold and shown in a museum or sold to collectors and sellers looking to make a profit," Sirbescu said.

The Smithsonian and a mineral museum in Maine are considering purchasing the meteorite for display, according to CMU. If a sale goes through, the man has agreed to give 10% of the sale value to the university for the study of earth and atmospheric sciences.