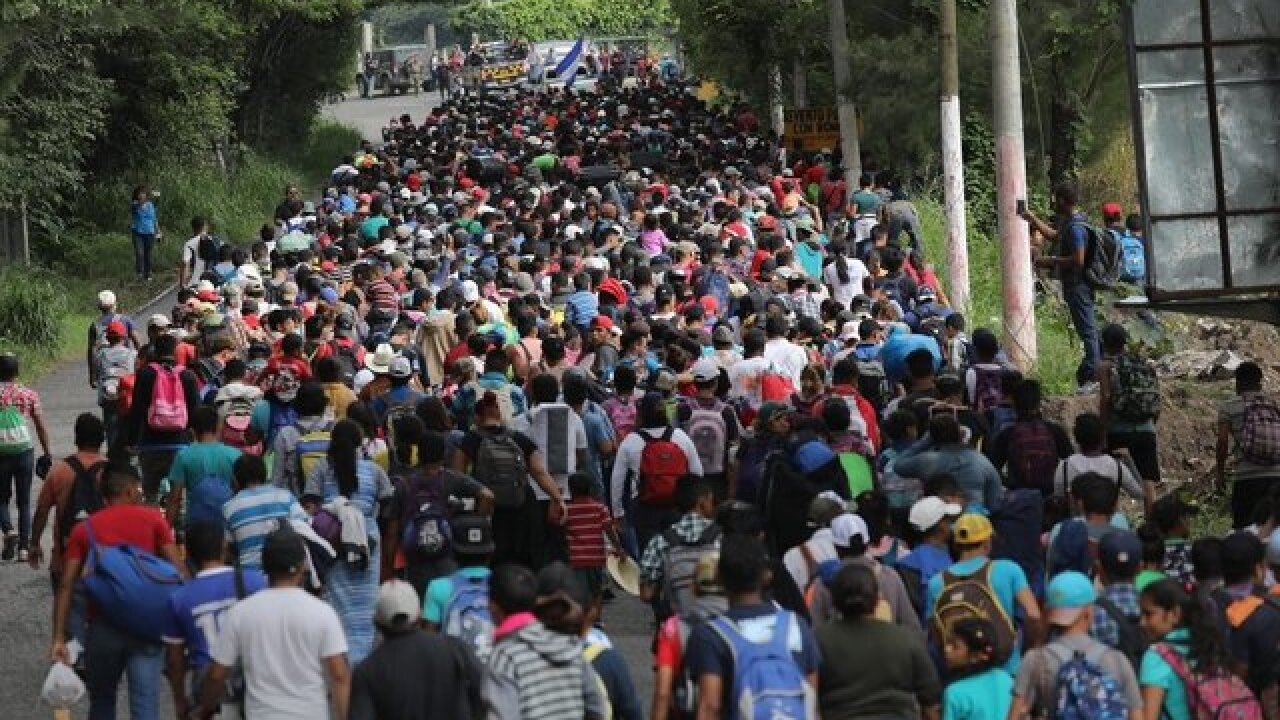 A chaotic scene unfolded as a massive caravan of Honduran migrants reached the Guatemala-Mexico border Friday.

What appeared to be tear gas was fired as the crowd pushed towards Mexican police at the border, CNN's Bill Weir reported from the scene.

"There are children in this crowd. ... This is utter chaos at the moment. You've got people with Honduran flags climbing the fences. Now we're being pushed back," Weir said.

Mexican officials had said people seeking asylum would be processed at the border. But  it's unclear what will happen next .

Members of the group -- many with children in tow -- had cheered and chanted as they streamed toward the port of entry, with celebratory airhorns blaring.

The migrant caravan is now stopped on a bridge linking the two countries as a police barricade set up by Mexico is blocking them from entering.