Thursday marks the 55th anniversary of the assassination of President John F. Kennedy 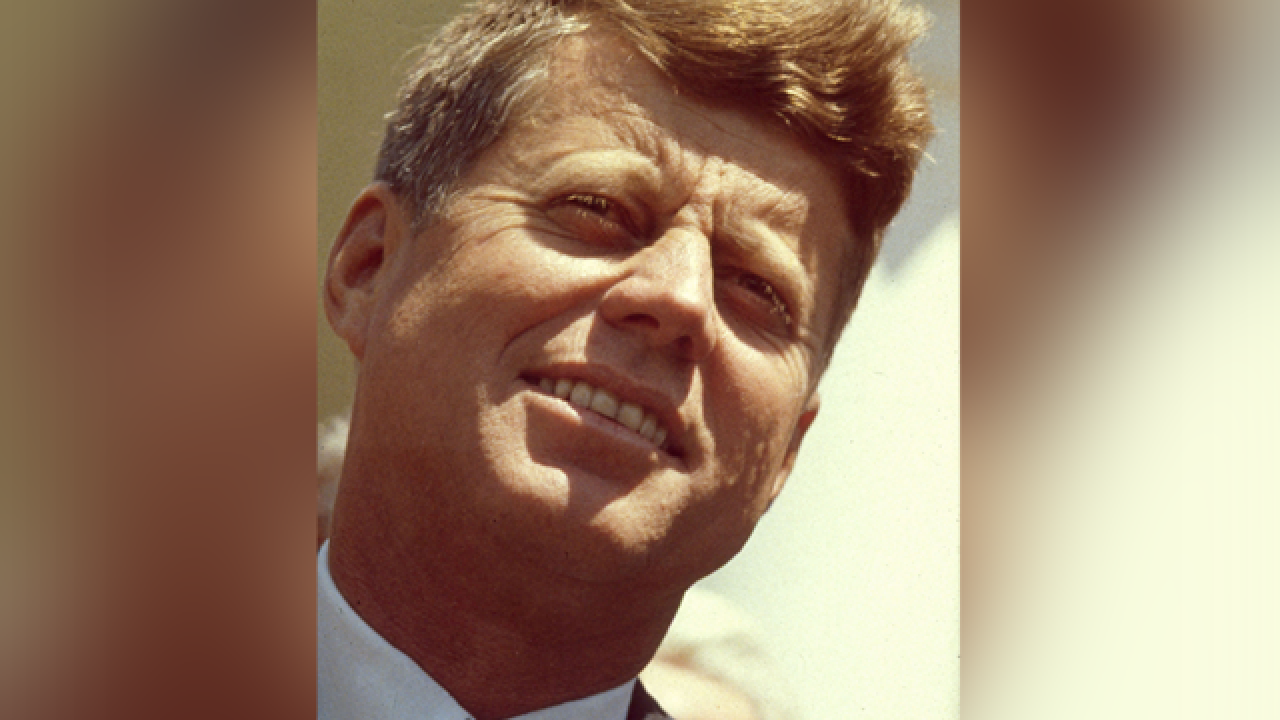 Image copyright 2018 Getty Images. All rights reserved. This material may not be published, broadcast, rewritten, or redistributed.
<p>President John F. Kennedy in 1960</p>

Thanksgiving 2018 marks the 55 years since President John F. Kennedy was shot and killed while making a visit to Dallas, Texas.

On November 22, 1963, President Kennedy, his wife Jackie, Texas Gov. John Connally and his wife, Nellie, rode in an open car down Dealey Plaza in downtown Dallas. At that point, Lee Harvey Oswald shot and killed Kennedy from the Texas School Book Depository building.

Relive the events of the Kennedy assassination in the timeline below.

Timeline (all times are Central Standard Time unless otherwise noted):
November 22, 1963: In the morning, Kennedy delivers a speech at the Fort Worth Chamber of Commerce.

11:37 am - Air Force One arrives at Dallas' Love Field with the president, Mrs. Kennedy and Governor and Mrs. John B. Connally Jr. of Texas aboard. Vice President Lyndon Johnson and his wife arrive aboard a separate plane. It is a campaign trip for the coming 1964 election, although not officially designated as such.

During a 10-mile tour of Dallas, President and Mrs. Kennedy and the Governor and Mrs. Connally ride in an open convertible limousine. The motorcade is on the way to the Trade Mart where the president is to speak at a sold-out luncheon.

12:30 pm - As the president's limousine passes the Texas School Book Depository , shots are fired from a sixth-floor window.

President Kennedy and Governor Connally are both wounded and rushed to Parkland Hospital.

Wire services report three shots were fired as the motorcade passed under the Stemmons Freeway. Two bullets hit the president and one hit the governor.

Emergency efforts by Drs. Malcolm Perry, Kemp Clark and others are unsuccessful at reviving the president. Governor Connally's injuries are critical but not fatal. From one bullet, he sustains three broken ribs, a punctured lung and a broken wrist. The bullet finally lodged in his left thigh.

12:36 pm - The ABC radio network broadcasts the first nationwide news bulletin reporting that shots have been fired at the Kennedy motorcade.

1:00 pm - 46-year-old Kennedy, 35th President of the United States, is declared dead, becoming the fourth US president killed in office.

1:07 pm - News of the shooting causes the New York Stock Exchange to halt trading after an $11 million flood of sell orders.

2:00 pm - A bronze casket carrying the president's body, accompanied by Mrs. Kennedy and the Johnsons, leaves Parkland Hospital for Air Force One.

2:15 pm - Oswald, a 24-year-old ex-Marine, is arrested in the back of a movie theater where he fled after shooting Patrolman Tippit.

2:39 pm - Johnson is sworn in on the runway of Love Field aboard Air Force One . Federal Judge Sarah T. Hughes, of the Northern District of Texas, administers the oath of office. Witnesses include Jacqueline Kennedy and Johnson's wife, Claudia "Lady Bird" Johnson .

6:00 pm EST - Air Force One arrives at Andrews Air Force Base, Maryland. The coffin bearing the president's body is taken by ambulance to Bethesda Naval Hospital for an autopsy. The flag-draped coffin is taken to the East Room of the White House early the next morning following the autopsy.

7:15 pm - Oswald is arraigned for the murder of Officer Tippit.

November 22-25, 1963 - Major television and radio networks devote continuous news coverage to ongoing events associated with the president's assassination, canceling all entertainment and all commercials. Many theaters, stores and businesses, including the stock exchanges and government offices, are closed through November 25.

November 23, 1963 - Oswald is arraigned for the murder of the president.

November 24, 1963 - As Oswald is being transferred from the Dallas city jail to the county jail, nightclub owner Jack Ruby shoots and kills him. The shooting is, inadvertently, shown live on TV. Ruby is immediately arrested.

November 25, 1963 - Kennedy is buried at Arlington National Cemetery with full military honors and representatives from more than 90 countries in attendance.

November 26, 1963 - Ruby is indicted in Dallas for the murder of Oswald. He is later convicted, has the conviction overturned on appeal, and dies of cancer in 1967 awaiting a new trial.

November 29, 1963 - Johnson appoints the President's Commission on the Assassination of President Kennedy. Commonly called the Warren Commission, its purpose is to investigate the assassination.

October 26, 2017 - The US government releases more than 2,800 records relating to Kennedy's assassination in an effort to comply with a 1992 law mandating the documents' release. President Donald Trump keeps roughly 300 files classified out of concern for US national security, law enforcement and foreign relations. In a memo, Trump directs agencies that requested redactions to re-review their reasons for keeping the records secret within 180 days.

April 26, 2018 - Trump extends to 2021 the deadline for the public release of files related to the assassination, saying in a memorandum: "I agree with the Archivist's recommendation that the continued withholdings are necessary to protect against identifiable harm to national security, law enforcement, or foreign affairs that is of such gravity that it outweighs the public interest in immediate disclosure." About 19,000 documents are released by the National Archives, in compliance with the records law and Trump's 2017 order.