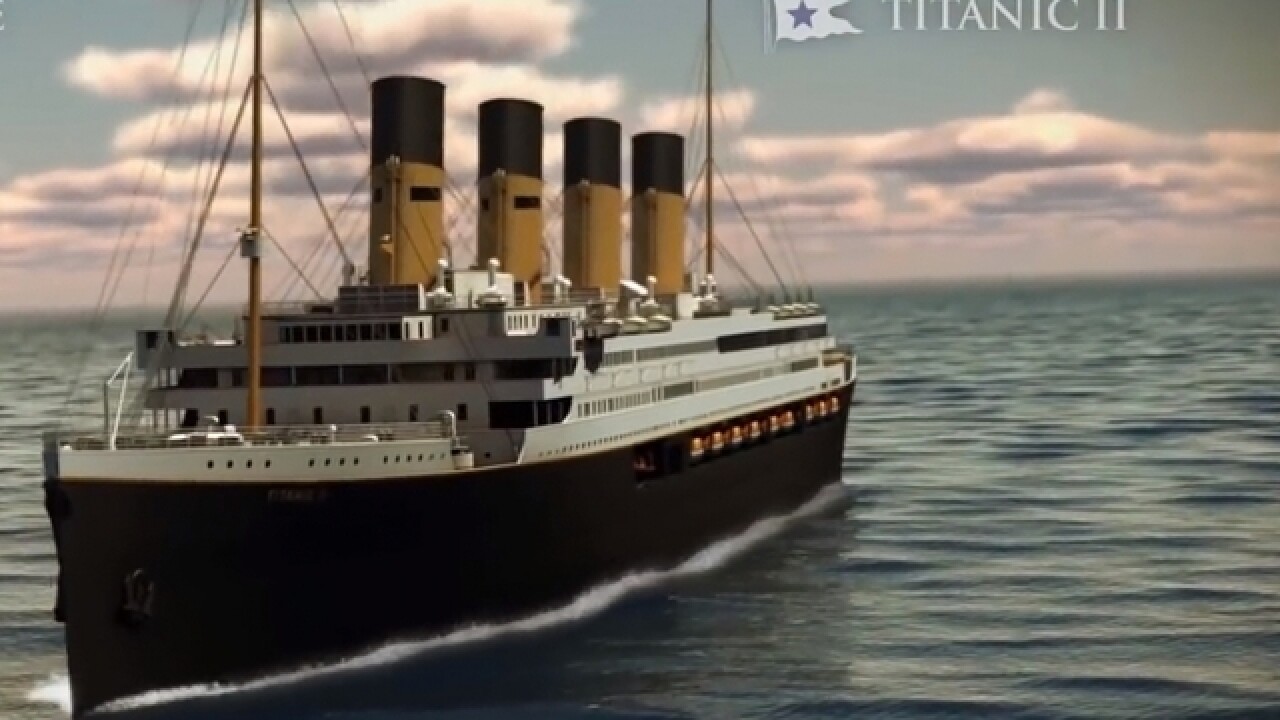 Following the same path as the ill-fated Titanic voyage of 1912, a cruise ship named Titanic II will hit the open sea in 2022.

According to a report from USA Today, Blue Star Line's ship features the same cabin layout as the original ship and will carry the same amount of passengers (2400) and crew (900).

The ship will sail from Dubai to Southampton, England and then to New York, following the same route the original ship took before it sank on April 12, 1912.

Despite being a replica of the original, the Titanic II features modern navigation technology. The modern ship will also be slightly wider than the original to give it more stability.

Tickets are not yet available for purchase but will be available in three classes, just like the original Titanic.

Updates on the ship's progress are posted on bluestarline.com.