Tropical Storm Michael will likely slam the U.S. as a hurricane this week 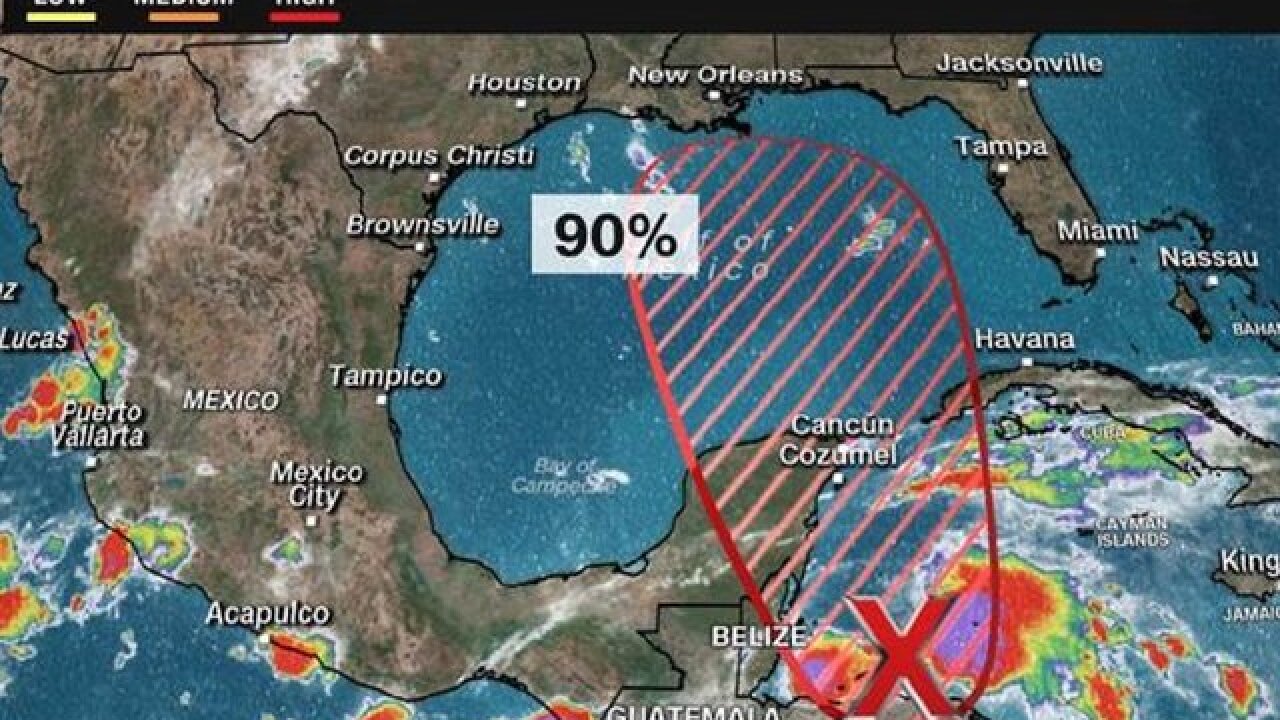 Tropical Storm Michael formed near the Yucatan Peninsula on Sunday, and it's on track to wallop the United States.

"The current forecast indicates the storm entering the Gulf of Mexico by Monday morning, strengthening to a hurricane by early Wednesday and likely targeting the Florida panhandle by late Wednesday," CNN meteorologist Gene Norman said.

As of 2 p.m. Sunday, Tropical Storm Michael was centered about 90 miles south of Cozumel, Mexico, the National Hurricane Center said.

But it's so big, people 200 miles away from the center are getting hit with tropical-storm-force winds (which are at least 39 mph).

"Strengthening is forecast during the next several days," the hurricane center said.

Before Michael hits the United States, it's expected to dump 3 to 7 inches of rain on western Cuba.

"Isolated maximum amounts of 12 inches are possible in western Cuba," the hurricane center said. "This rainfall could lead to life-threatening flash floods and mudslides in areas of mountainous terrain."