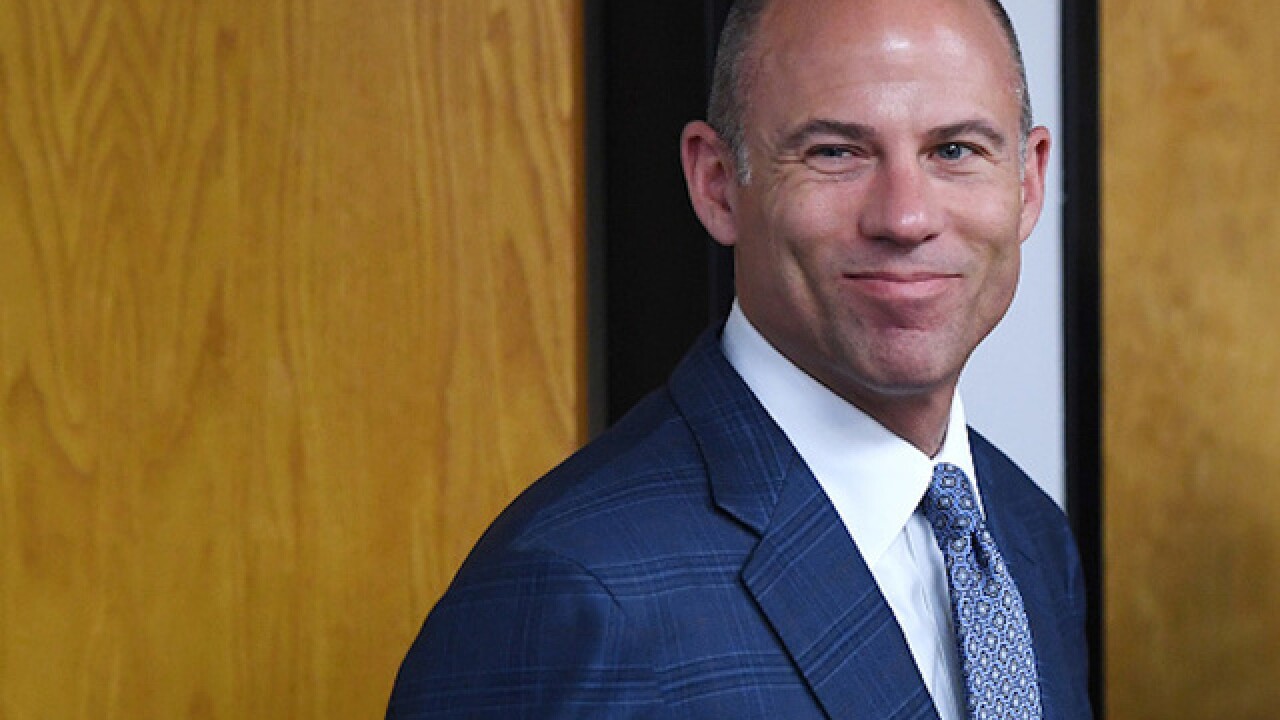 Attorney Michael Avenatti has been placed under arrest on suspicion of felony domestic violence and was booked early Wednesday evening.

Los Angeles Police Department officer Jeff Lee said the domestic violence report was taken on Tuesday in West Los Angeles and the arrest was made Wednesday.

"We can confirm that today LAPD Detectives arrested Michael Avenatti on suspicion of domestic violence. This is an ongoing investigation and we will provide more details as they become available," the LAPD Twitter account posted Wednesday.

In a statement, Avenatti called the allegations "completely bogus."

"I wish to thank the hard working men and woman of the LAPD for their professionalism they were only doing their jobs in light of the completely bogus allegations against me," he said. "I have never been physically abusive in my life nor was I last night. Any accusations to the contrary are fabricated and meant to do harm to my reputation. I look forward to being fully exonerated."

Avenatti posted $50,000 bail and left police custody Wednesday evening. He told reporters waiting outside the station, "I have never struck a woman. I never will strike a woman."

"I am confident I will be fully exonerated," he added.

The alleged domestic assault incident was first reported by TMZ.

Avenatti emerged this year as a regular antagonist of President Donald Trump, beginning with his legal representation of Stormy Daniels and his frequent media appearances. For months, he has publicly flirted with a potential bid for the Democratic presidential nomination to challenge Trump in 2020.

The alleged domestic violence incident could dash Avenatti's prospects as a potential insurgent Democratic candidate and clash with the image he has presented of himself as an advocate for women, including Daniels in her clash with Trump and an accuser against recently confirmed Justice Brett Kavanaugh.

The Vermont Democratic Party canceled Avenatti's appearances for Friday and Saturday following his arrest, and it will refund all ticket sales, said Christopher Di Mezzo, the party's communications director.

The decision to cancel the events was made "almost immediately after the news broke," he said.

The allegation would also mark another legal issue for the California attorney, whose firm settled a case with the IRS in July and was ordered last month to pay a multimillion-dollar judgment over debt to a former law partner.

Following his representation of Julie Swetnick for her allegations against Kavanaugh, Senate Judiciary Chairman Chuck Grassley said in October that he was referring Avenatti and Swetnick to the Justice Department. Avenatti said at the time that the referral was "baseless." Several Democrats said in the wake of Kavanaugh's confirmation that Avenatti and Swetnick's involvement damaged their efforts to prevent Kavanaugh's confirmation -- a charge Avenatti denied.