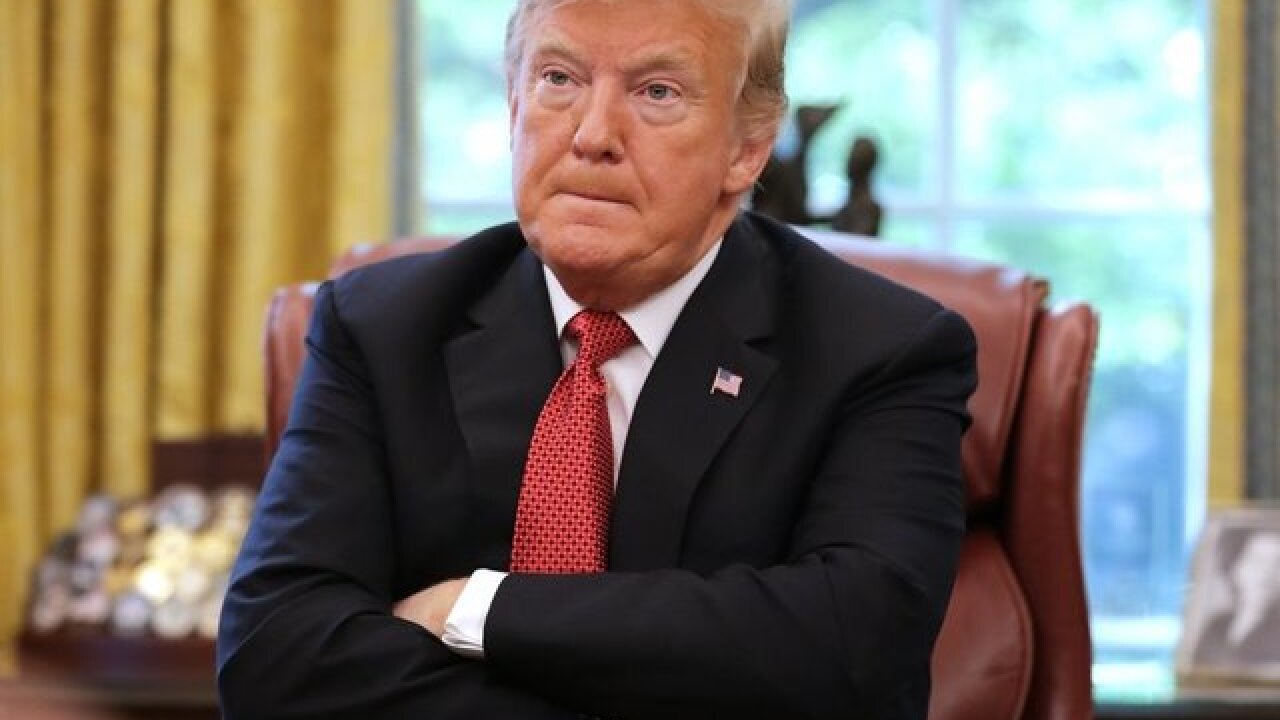 President Donald Trump railed against "globalists" and declared himself "a nationalist" during his rally Monday night in Houston -- prompting "USA" chants.

"A globalist is a person that wants the globe to do well, frankly not caring about the country so much," Trump said, prompting boos from the crowd. "You know, we can't have that."

"You know they have a word, it sort of became old-fashioned, it's called a nationalist," Trump continued. "And I say really, we're not supposed to use that word."

Trump then touted the fact that his unfavorable ratings in other countries are sky high.

"Of course I'm unpopular with foreign nations, because we're not letting them rip us off anymore," he said.

Earlier, Trump addressed the elephant in the room as he took the rally stage in Houston following an introduction from Sen. Ted Cruz.

"You know, we had our little difficulties," Trump said to laughter from the crowd packed into Houston's Toyota Center.

The President then recounted how he and Cruz had begun the 2016 presidential campaign as allies, referencing a rally they held together in Washington. But eventually, he said the two men decided it was "time" to begin hitting each other.

"And it got nasty," Trump said.

But since he was elected, Trump said, Cruz has been one of his top allies in Congress.

"And then it ended and I'll tell you what, nobody has helped me more with your tax cuts, with your regulation, with all of the things ... including military and our vets, than Sen. Ted Cruz," Trump said.

Trump predicted that "in just 15 days the people of Texas are going to re-elect a man who has become a really good friend of mine."

It was a stark change from the spring of 2016, when he was whipping that same base of support into a frenzy against "Lyin' Ted."

And he's now given the senator from Texas a pair of much kinder monikers.

"No, Ted Cruz and I had a very, very nasty and tough campaign. It was a very competitive -- it was a very tough campaign. Once it ended and we got together -- and, by the way, very late into the campaign we lasted. People were shocked. I said, 'Don't worry, it's only a question of time,' " Trump said.

Just 15 days before the midterm elections -- to the dismay of some Republicans in tighter races -- Trump is stumping in this solidly red state to help ensure Cruz fends off a challenge from Democratic Rep. Beto O'Rourke, whose energized campaign has unnerved some Republicans.

Trump's Texas rally is just the latest stop in the President's blitz of campaign appearances leading up to the midterm elections November 6, coming on the heels of a swing through Western states late last week.

After Texas, Trump will rally supporters in Wisconsin and North Carolina and then round out the week in Illinois.

The rally comes as Trump continues to grapple with one of the most consequential diplomatic crises of his presidency, the fallout from the death of Saudi journalist Jamal Khashoggi, who was killed by Saudi agents in the Saudi Consulate in Istanbul earlier this month.

Saudi Arabia admitted for the first time on Friday that Saudi officials had killed Khashoggi, but claimed it was an accidental death resulting from a fistfight -- an explanation at odds with the Turkish government's account and other key facts.

Trump has turned away from that issue during rallies, instead focusing on his accomplishments as President and warning his supporters that Democratic gains in Congress would spell disaster for the country.

Trump has also talked about illegal immigration at recent rallies, seizing on a caravan of several thousand migrants working its way from Central America toward the US border.