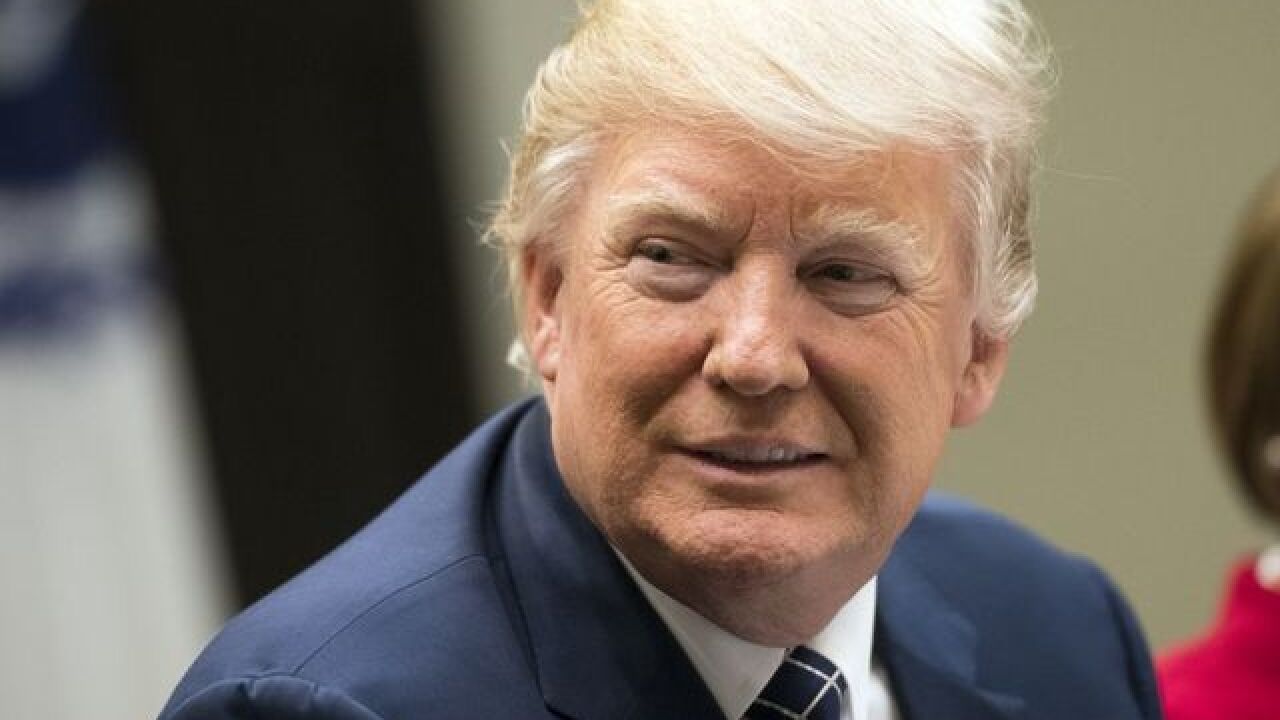 President Donald Trump received today's equivalent of at least $413 million from his father -- according to an analysis from The New York Times, and much of the fortune came from helping "his parents dodge taxes," the paper reported on Tuesday.

The Times' report claims that Trump and his siblings hid millions of dollars in gifts in what the Times describes as a "sham corporation." The lengthy report is based on "a vast trove of confidential tax returns and financial records," as well as interviews.

Trump's parents, the paper says, citing tax records, gave over a billion dollars to Trump and his siblings and paid $52.2 million in taxes on the money. However, the dollar amount could have required at least $550 million in taxes, according to the Times analysis.

Trump's taxes have been largely a mystery since he first ran for office. During the campaign, the then-candidate broke with presidential election norms and refused to produce his tax returns for public review. They have remained private since he took office, and Trump has repeatedly said he's under audit by the IRS, which has been ongoing since at least 2016, according to the President.

Being under audit by the IRS does not preclude someone from releasing their tax returns publicly.

Trump's lawyer Charles Harder responded to The New York Times' findings in a statement on Monday.

"The New York Times' allegations of fraud and tax evasion are 100 percent false, and highly defamatory," Harder said, according to the paper.

"There was no fraud or tax evasion by anyone. The facts upon which The Times bases its false allegations are extremely inaccurate," the statement continued.

Harder, The Times wrote, also said Trump "had virtually no involvement whatsoever with these matters," adding that "the affairs were handled by other Trump family members who were not experts themselves and therefore relied entirely upon the aforementioned licensed professionals to ensure full compliance with the law."

Trump's brother Robert Trump said in a statement to The Times that all "required taxes were paid."

"Our dear father, Fred C. Trump, passed away in June 1999. Our beloved mother, Mary Anne Trump, passed away in August 2000," Robert Trump said in the statement to The Times. "All appropriate gift and estate tax returns were filed, and the required taxes were paid. Our father's estate was closed in 2001 by both the Internal Revenue Service and the New York State tax authorities, and our mother's estate was closed in 2004. Our family has no other comment on these matters that happened some 20 years ago, and would appreciate your respecting the privacy of our deceased parents, may God rest their souls."

The White House did not immediately respond to CNN's request for comment about the report.