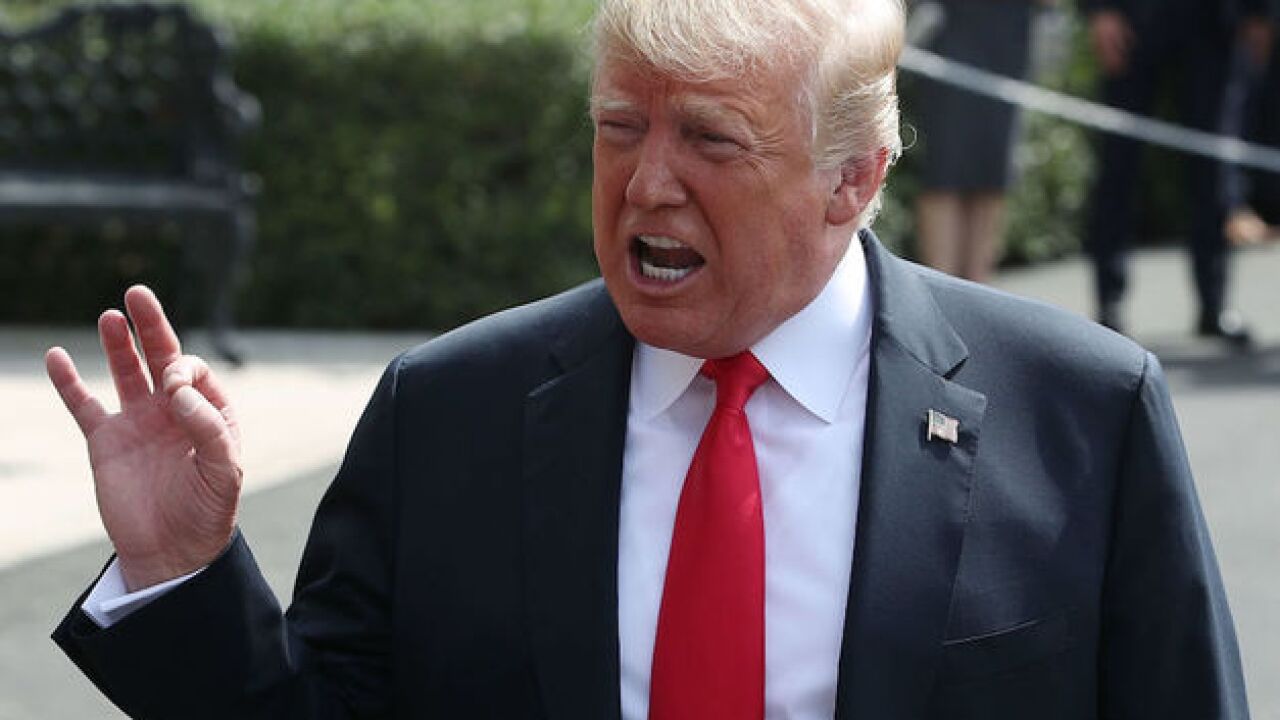 Image copyright 2018 Getty Images. All rights reserved. This material may not be published, broadcast, rewritten, or redistributed.
Mark Wilson
<p>U.S. President Donald Trump speaks to the media before departing on Marine One to travel to New York, at the White House on August 17, 2018 in Washington, DC. </p>

President Donald Trump told special counsel Robert Mueller in writing that Roger Stone did not tell him about WikiLeaks, nor was he told about the 2016 Trump Tower meeting between his son, campaign officials and a Russian lawyer promising dirt on Hillary Clinton, according to two sources familiar with the matter.

One source described the President's answers without providing any direct quotes and said the President made clear he was answering to the best of his recollection.

This is the first insight into how the President responded to the Mueller team's written questions -- a key unknown as Mueller aims to wrap up his investigation and prepare his final report.

These two points -- WikiLeaks and the Trump Tower meeting -- are critical to Mueller's central mission: investigating whether the Trump campaign colluded with Russians during the 2016 campaign.

The President's lawyers previously told CNN the answers would match his public statements. Still, these written answers could be subject to criminal charges if false.

A spokesman for the special counsel declined to comment. CNN did not get a full readout of all of the President's answers to Mueller's questions.

According to many lawyers who have experience in cases such as this, adding the caveat that he has no recollection, as the President apparently did with these written answers to Mueller, is standard procedure as a way to try to shield a client should their recollections be challenged.

"It's well-documented how frequently he says or tweets false things, and there's no criminal exposure for that," said CNN legal analyst Carrie Cordero. "The difference is, if he lies in his statement to federal investigators, he is potentially exposing himself to criminal liability, assuming he attested to the accuracy of the information."

On WikiLeaks, Mueller's team has been investigating whether Stone, a Republican political operative and longtime Trump ally, knew in advance about WikiLeaks' dumps of hacked emails from the Democratic National Committee and Clinton's campaign chairman John Podesta at key times during the 2016 campaign.

Investigators have questioned multiple Stone associates in the past few months. Stone has denied having any advance knowledge of WikiLeaks releases.

"I never discussed any of this with Donald Trump. It's one of the questions that Mr. Mueller wants the President to answer -- one of the written questions. I'm highly confident that his answer will be that he knew nothing about it. We just never discussed it," Stone recently told CNN.

Stone's denial matches with what Trump told Mueller: that the two never spoke about WikiLeaks.

On the 2016 Trump Tower meeting, the President has publicly said he didn't know about the meeting.

"I did NOT know of the meeting with my son, Don Jr," Trump tweeted in July.

The President's son told lawmakers he did not tell his father about the meeting in advance. He said he took the meeting to listen to what the Russians had to offer on Clinton.

Before the answers were submitted, Mueller had asked Trump's lawyers for call logs and visitor logs related to Stone from Trump Tower, CNN reported earlier this month. The request this late in the investigation surprised Trump's legal team.

Stone told CNN he has not been contacted by Mueller's team. Trump Jr. testified under oath to several congressional committees and provided documents to Mueller's investigators. His lawyer has declined to comment on whether Trump Jr. was interviewed by the special counsel.