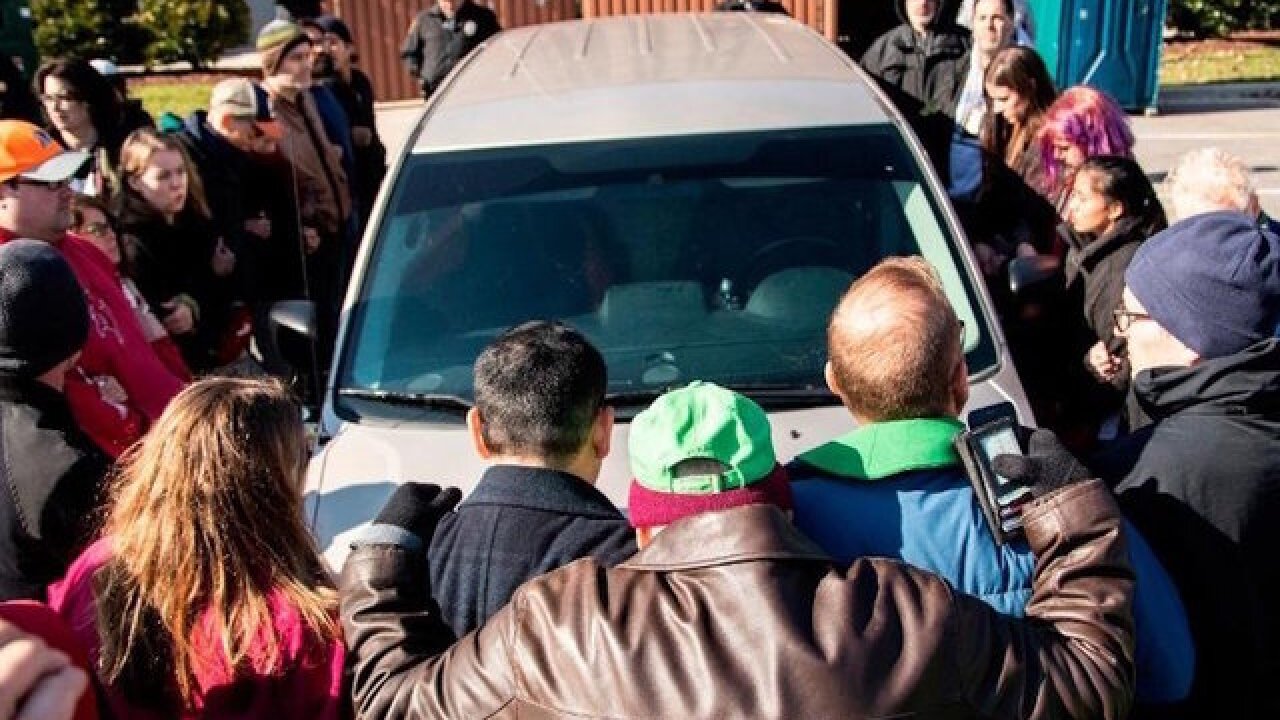 Samuel Oliver-Bruno found sanctuary in a North Carolina church for nearly a year. Authorities detained him last week after he left the building for an appointment. Dozens of his supporters were arrested, too, as they sang "Amazing Grace" and tried to block immigration officials from taking him to a detention center.

Oliver-Bruno was deported Thursday evening to Matamoros, Mexico, May said.

Oliver-Bruno had lived in North Carolina with his family for more than two decades. Advocates had appealed to authorities to stop his deportation.

An ICE spokesman did not immediately respond to a request for comment Friday.

"Mr. Oliver-Bruno is a convicted criminal who has received all appropriate legal process under federal law, has no outstanding appeals, and has no legal basis to remain in the US," Cox said.

Fearing deportation, Oliver-Bruno had been living at the church since December 2017.

ICE generally avoids arrests at "sensitive locations" such as houses of worship.

The CityWell United Methodist Church agreed to take him in but the building wasn't ready for him. He helped with the renovations, including building a bedroom and a shower.

During his time at the church, he attended classes to learn English as a second language, played guitar and read during services.

With the help of community members, Oliver-Bruno, who is an aspiring baptist minister, continued his studies at Duke University's Divinity School after his class agreed to meet at the church, advocacy group Alerta Migratoria said.

But the uncertainty and the wait would also get to him.

"As I continued cooped up, sometimes I feel the need to be free. I need to work, do the activities I used to do, to afford medicines for my wife and doctor's appointments," he said in a video posted by advocates days before his arrest.