US missionary trespassed on remote island, killed by isolated tribespeople 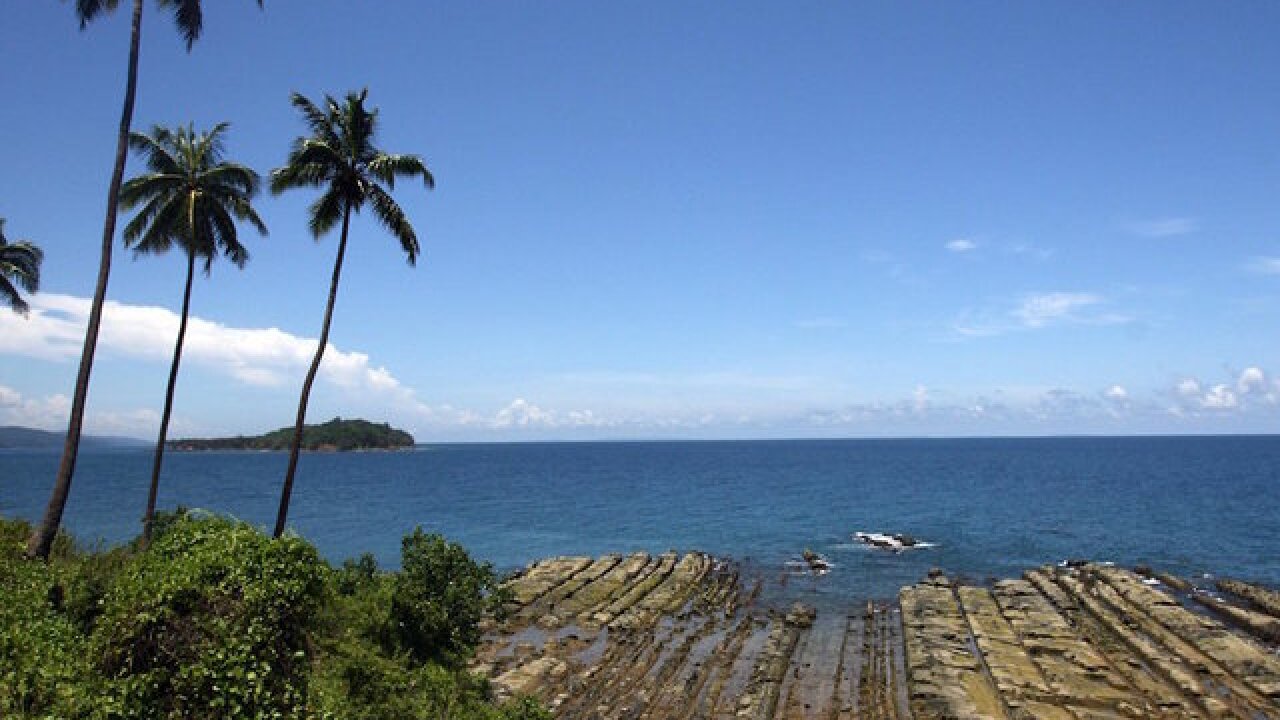 © 2018 Cable News Network, Inc.
Deshakalya Chowhury/AFP/Getty
<p>An American Christian missionary is thought to have been killed by tribespeople from one of the world's most isolated communities on a remote island hundreds of miles off the coast of India, according to officials.</p>

An American Christian missionary is thought to have been killed by tribespeople from one of the world's most isolated communities on a remote island hundreds of miles off the coast of India, according to officials.

"We refuse to call him a tourist. Yes, he came on a tourist visa but he came with a specific purpose to preach on a prohibited island," Pathak said.

Chau did not inform the police of his intentions to travel to the island to attempt to convert its inhabitants.

The island, North Sentinel Island, is inhabited by the Sentinelese people, who are protected under Indian law. Just more than a dozen people are officially thought to live on the remote island in the Andaman and Nicobar archipelago.

Pathak said that the American missionary had asked one of his local friends, an electronic engineer, to arrange a boat and find some fishermen who could take him to the island. The contact found a boat and the fishermen, along with a water sports expert, to help with the expedition.

All seven locals who facilitated the trip have been arrested.

"According to the fishermen, they used a wooden boat fitted with motors to travel to the island on November 15," Pathak said.

"The boat stopped 500-700 meters (1,640 - 2,300 ft) away from the island and (the American missionary) used a canoe to reach the shore of the island. He came back later that day with arrow injuries. On the 16th, the (tribespeople) broke his canoe.

"So he came back to the boat swimming. He did not come back on the 17th; the fishermen later saw the tribespeople dragging his body around."

The police haven't independently verified if he is indeed dead, but based on what the fishermen have told them believe that he was killed.

"We have a team out in the waters for reconnaissance and to strategize how to recover his body. The team consists of coastal guards, officials from tribal welfare department, forest department officers and police officials."

The island is a protected area, and it is prohibited to go within five nautical miles of it, after previous incidents of aggressive behavior towards outsiders had been observed. In 2006, two local fishermen were killed by the tribes.

An official from the US consulate in Chennai confirmed that diplomats are "aware of reports concerning a US citizen in the Andaman and Nicobar Islands."

"When a US citizen is missing, we work closely with local authorities as they carry out their search efforts. Due to privacy considerations, we have no further comment," the official said.

The island group is about 850 miles (1,370 kilometers) east of the Indian subcontinent.

There are 572 islands in the Andaman and Nicobar Islands territory, only three dozen of which are inhabited. The territory has a population of nearly 380,000, according to India's 2011 census.

The 2011 survey only spotted 15 Sentinelese on their island -- the count was done from a distance due to the danger in approaching the tribe. In the 2001 census, the total population was estimated to be 39.

India has designated five indigenous tribal groups in the territory as "particularly vulnerable" due to the loss of sustaining resources and customs.

India's Ministry of Tribal Affairs has said that, with regard to Sentinelese tribes, the Andaman and Nicobar Islands administration "has adopted an 'eyes-on and hands-off' policy to ensure that no poachers enter into the island."