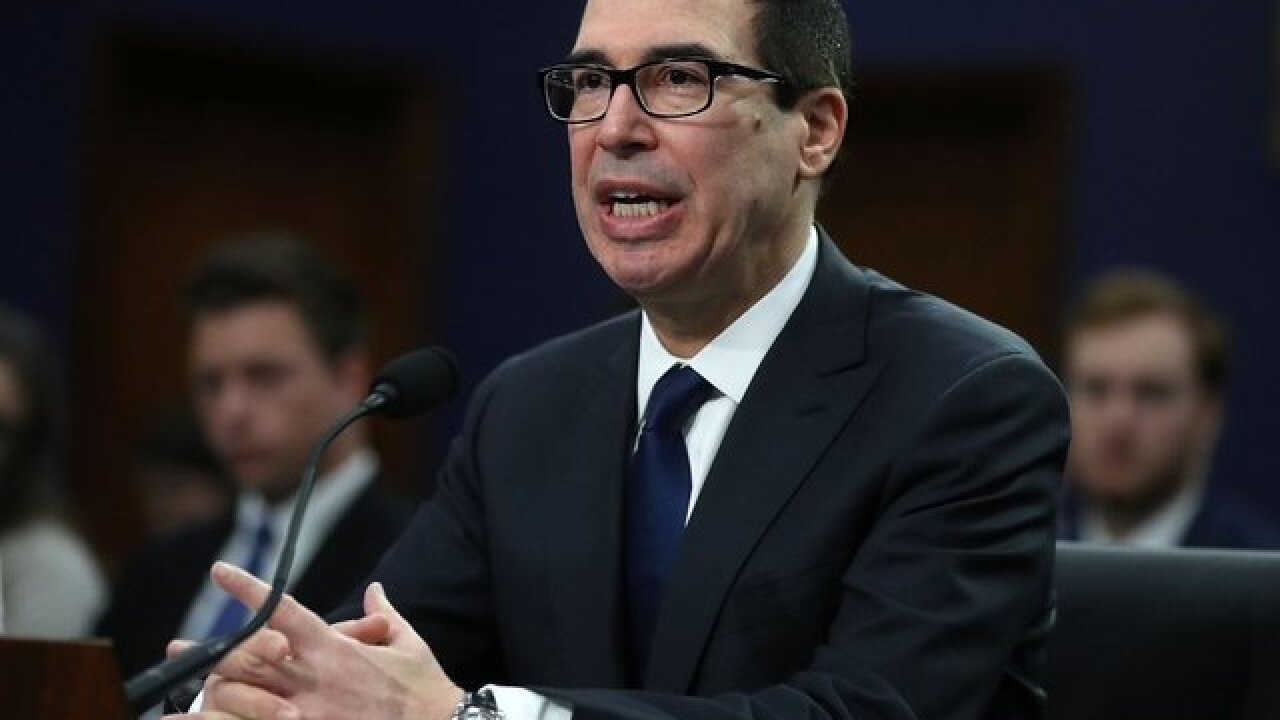 Treasury Secretary Steve Mnuchin announced Thursday that he will not participate in a high-profile investor conference in Saudi Arabia amid growing controversy over dissident journalist Jamal Khashoggi's disappearance and apparent killing.

Mnuchin said on Wednesday that he would make a decision based on Secretary of State Mike Pompeo's briefing to President Donald Trump on his visit earlier this week to Riyadh to discuss the Khashoggi case. Pompeo met with Trump earlier Thursday and said he advised the President to give the Saudis "a few more days" to investigate.

"Just met with @realDonaldTrump and @SecPompeo and we have decided, I will not be participating in the Future Investment Initiative summit in Saudi Arabia," Mnuchin tweeted.

Mnuchin had repeatedly said he planned to attend the Future Investment Initiative pending new information about the case, even as details reported in the Turkish and American press about the fate of the Washington Post columnist's fate have grown increasingly gory.

Turkish investigators wearing hazmat suits searched the Saudi consul general's residence in Istanbul on Wednesday, looking for clues to what happened to Khashoggi amid growing indications that the men allegedly responsible for the journalist's death have close ties to the highest levels of the Saudi government.

Sources told CNN that a group of Saudi men whom Turkish officials believe are connected to Khashoggi's apparent killing were led by a high-ranking intelligence officer, with one source saying he was close to the inner circle of the kingdom's Crown Prince Mohammed bin Salman.

Emerging details have triggered a number of top government officials to withdraw from participating in the event, including UK Trade Minister Liam Fox.

"The Secretary of State for International Trade has decided the time is not right for him to attend the Future Investment Initiative in Riyadh on 23 October," said a UK government spokesman in a statement Thursday. "The UK remains very concerned about Jamal Khashoggi's disappearance."

The statement continued: "We encourage Turkish-Saudi collaboration and look forward to the Kingdom of Saudi Arabia conducting a thorough, credible, transparent, and prompt investigation, as announced. Those bearing responsibility for his disappearance must be held to account."

"The conditions have not yet been met for me to go to Riyadh," Le Maire told French television's Public Senat. "The facts are serious and we want to know the truth", the minister said.

Dutch Finance Minister Wopke Hoekstra also withdrew on Thursday. A source familiar with the matter told CNN that "the minister is not going" to the Saudi conference. The finance minister was expected to submit a letter to the Dutch Parliament later Thursday formally confirming he is not attending.

Mnuchin's attendance at the event had become a benchmark of the administration's response to the growing Saudi controversy as top bank executives and investors have dropped out.

Christine Lagarde, the managing director of the International Monetary Fund, dropped out on Wednesday along with the heads of two major French banks: BNP Paribas and Societe Generale.

In recent days, Trump has repeatedly come to the defense of Saudi Arabia, saying the country's crown prince "totally denied" knowledge about the suspected death of the Washington Post journalist and said answers into the matter would be coming "shortly."