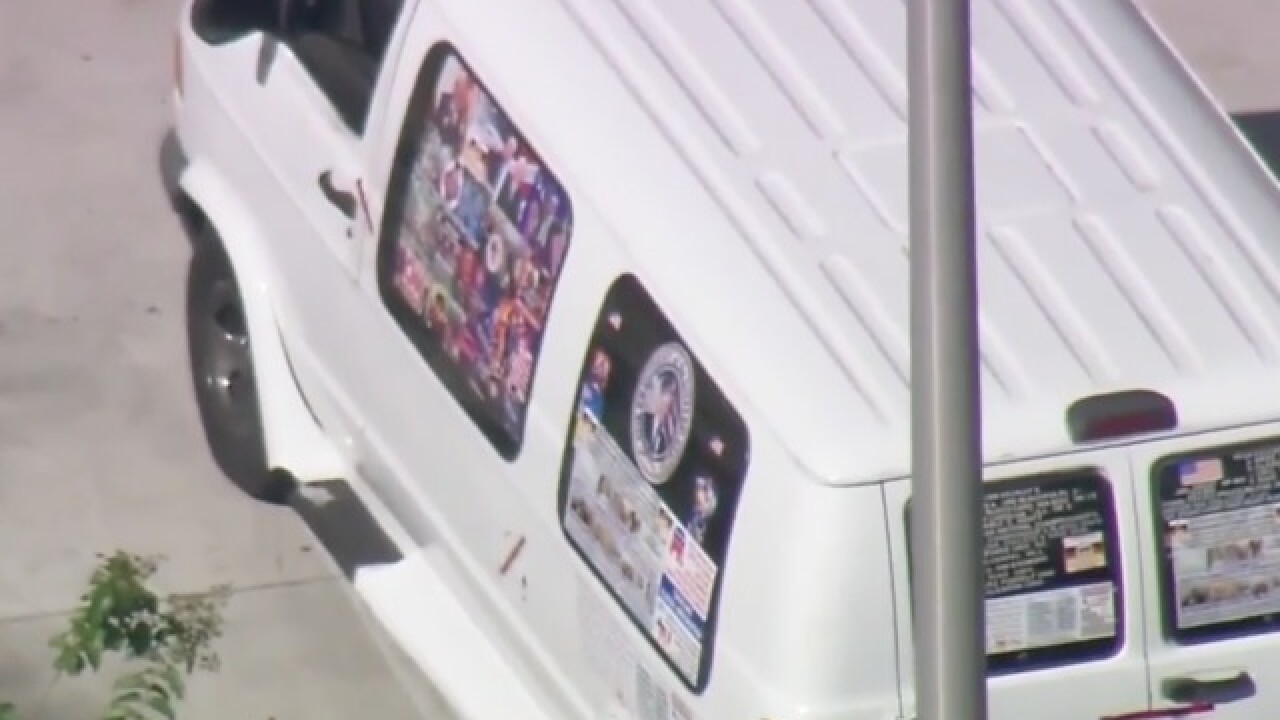 A van covered in conservative political bumper stickers parked nearby where a suspect was arrested in connection with a series of package bombs sent to liberal politicians and donors was taken into police custody Friday.

The van was plastered with large stickers in support of President Trump. It also included a sticker of Hillary Clinton in a sniper's crosshairs and a "CNN Sucks!" sticker.

Police covered the van in a tarp and drove it to a nearby facility.

It's unclear if the van belongs to Cesar Sayoc, the man arrested in connection with the package bombs, though it was located in a parking lot of the same auto parts store in which Sayoc was arrested.

At least 12 package bombs were sent to liberal politicians and donors this week. None of the bombs exploded and no one was injured.

My co-producer @DavidCypkin took these pics December 2017 at The Shoppes at the Waterways in Aventura, Florida. The van was regularly parked overnight outside a kosher market over a 1+ year period. He believes it may be connected to the bomb suspect and has contacted @FBI . pic.twitter.com/zQaggIGrVB